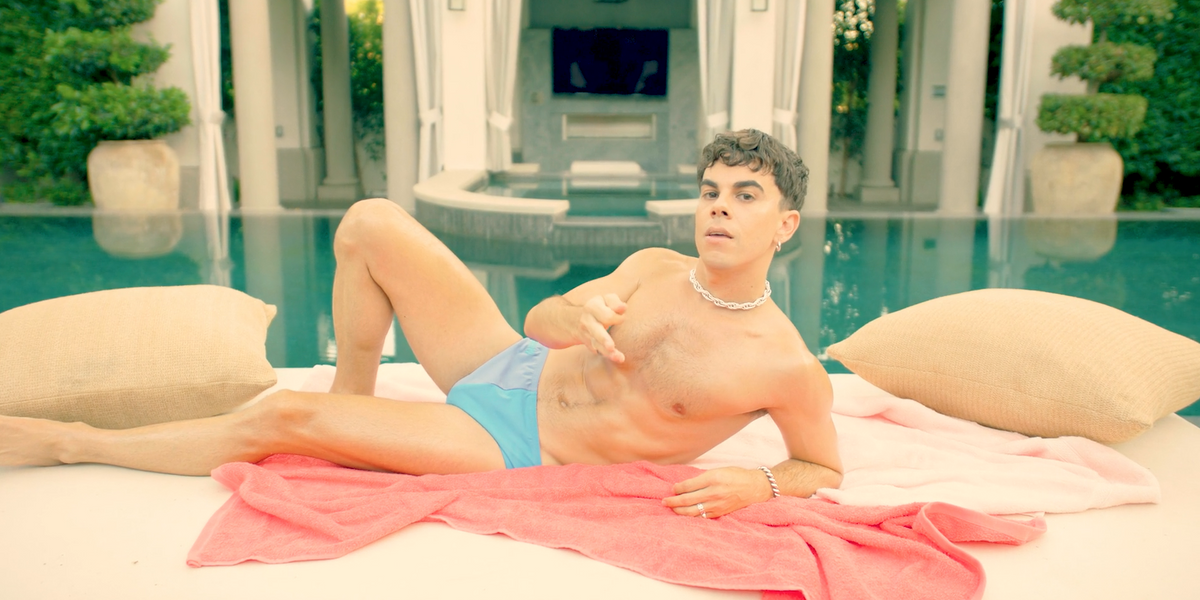 Come Lie by the Pool With Electric Guest

The members of LA-based pop duo Electric Guest don't take themselves too seriously. Asa Taccone (little brother to Jorma of Saturday Night Live and The Lonely Island fame) and composer Matthew "Cornbread" Compton know the truth: that most aspects of the music business are inherently funny. The video for their smooth new single "Play With Me," premiering today on PAPER, came together at the last minute when a $38 million mansion suddenly became available as a shooting location. They had no choice but to lean into the ridiculousness, and film footage in every single room of the house.

"Play With Me," edited by The Lonely Island's Akiva Shaffer, is a tribute to the over the top music videos Taccone loved as a kid. It features leopard print, roses, and Taccone in a speedo lying by the pool. ("Most of the feedback was about how we needed to linger on the speedo shots longer," he tells us.) There is, naturally, a shower scene. It's part R&B music video parody, part gay fantasia — more music videos should tread this fine line, honestly.

This is the third single from Electric Guest's forthcoming album KIN, which drops October 18. They're about to embark on a world tour with special guests Wafia, Petrie, Joanna, and Soleima. We hope the speedo comes too.

Pour a drink, preferably into a gold-stemmed martini glass, and watch the music video for Electric Guest's "Play With Me," below.