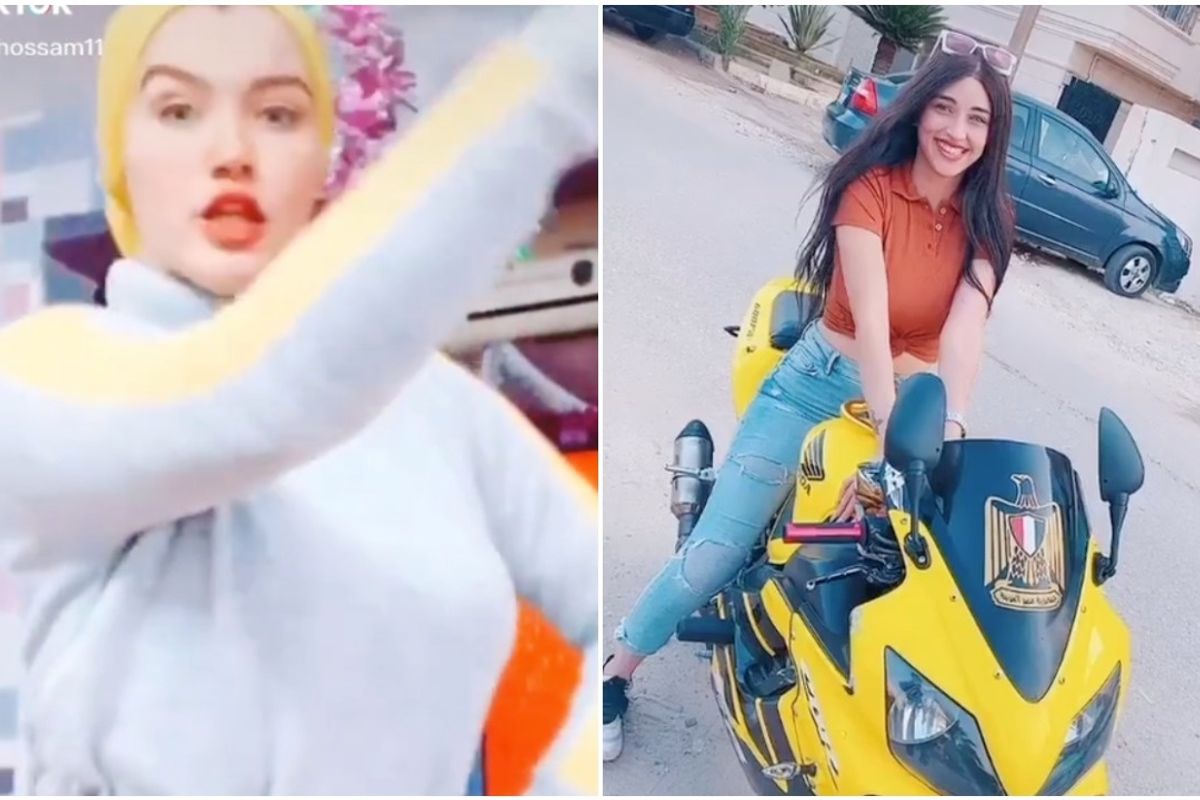 Late last month, Time reported that the young women were accused of "violating the values and principles of the Egyptian family," "inciting debauchery, and promoting human trafficking" — charges that entailed a fine of 300,000 Egyptian pounds (around $19,000) as well as a two year prison sentence.

Related | TikTok Suspended a Teenager's Account When She Criticized China

In a statement made by the prosecution, only two defendants — 20-year-old Haneen Hossam and 22-year-old Mawada al-Adham — were named, while three unnamed women were also charged after helping run their TikTok accounts. And while al-Adham and Hossam's lawyers have said they will appeal the ruling, the New York Times reported that most of the women are currently being held without bail.

Mawada El-Adham is one of at least 9 female #TikTok influencers arrested in #Egyp since April and charged with “violating family values. She has 3.1 million followers on TikTok. Last week she was sentenced to 2yrs in prison and a 300k ($19k) fine. #بعد_اذن_الاسرة_المصرية pic.twitter.com/aTgysjhBn2

However, as also noted by Dazed, these recent rulings weren't the first time Egypt has penalized popular female influencers, as belly dancer Sama el-Masry was fined and sentenced to three years in prison on similar charges back in June — though the 42-year-old contested that the videos were shared without her consent.

In response to the verdicts, activists have launched a Change.org petition asking for the release of all five women and other female influencers who have been arrested for posting on social media.