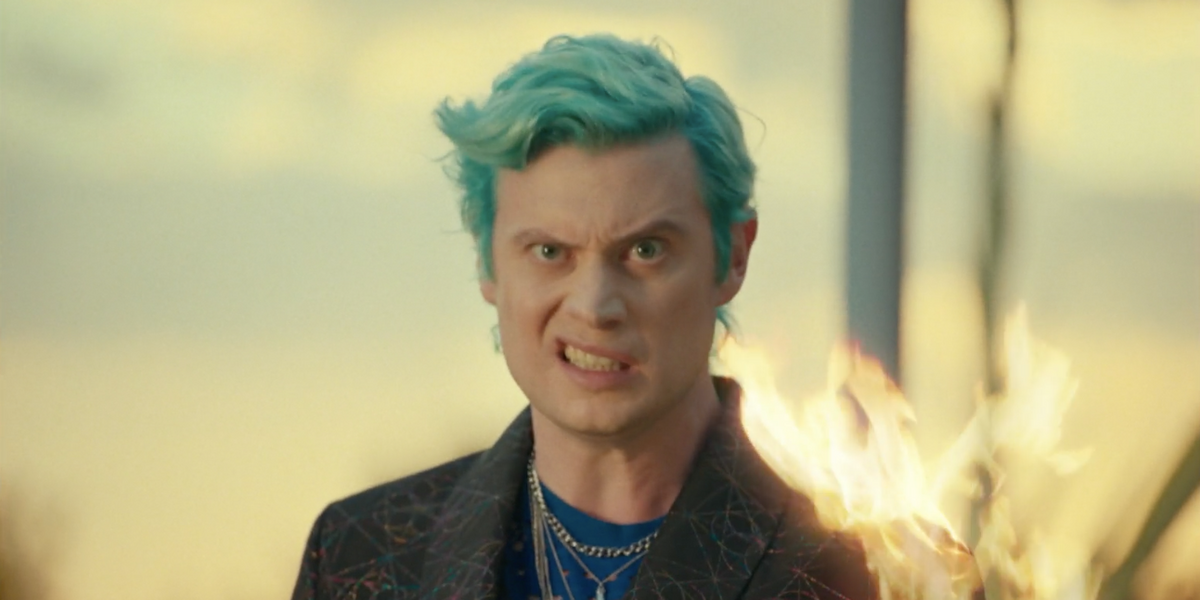 Nick Wold, lead singer of Los Angeles alt-rock trio DREAMERS, does his own stunts. In the band's surreal new music video, "Palm Reader," an average California backyard suddenly goes on the attack when a garden hose takes life and begins spraying Wold wildly in the face. Soon after, a killer lawn mower seeks revenge and manically chases him around.

Related | Cry Your Eyes Out With Betta Lemme

"You know I gotta have it/ Feels like black magic," Wold sings on the bright single, which speaks to the way love is addicting despite its endless surprises. A closer look at DREAMERS' visual reveals romantic interests who're the ones complicating his otherwise easy summer afternoon. In the final scene, Wold magically catches on fire, but happily returns to his dinner date who set him ablaze. "I'm always down for the ride," he admits.

"The 'Palm Reader' video is a strange twisted '80s fantasy world where some kind of magical force haunts me and tries to destroy my day," Wold tells PAPER. "To me, it's something about how people can find misery even in the most idyllic and wealthy circumstances."

This release, which is lifted off DREAMERS' 2021 Palm Reader EP, features guest verses from singer UPSAHL and Big Boi. Having been a "huge fan" of Outkast since the early 2000s, the rapper's involvement "was like a dream" for Wold, who staged him inside a "speakerboxxx" for the video in honor of the group's iconic 2003 album. "The only magic I identify is that of the melanin," Big Boi adds to the grooving track.

Watch PAPER's first look at DREAMERS' "Palm Reader" video and, as Wold says, "Get ready for another summer psychedelic dream-sequence from your favorite dreamers."