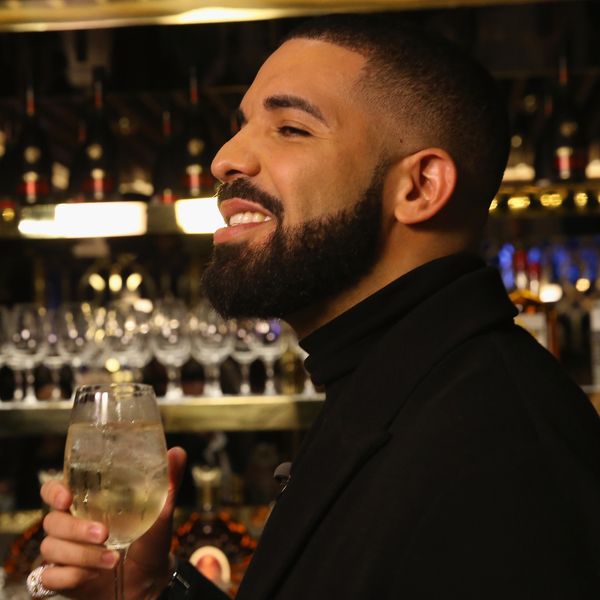 By now you have probably heard Drake's latest output, or at the very least are aware of its existence. It's a two-sided, 25-song mega-album, and, it wouldn't be a Drake project if it didn't also serve up a scalding bucket of tea for fans to sip and digest. Here are some of the wildest takeaways.

1. Drake absolutely, 100 percent had a thing with Bella Hadid

Rumors of Drake's potential fling with model Bella Hadid hit the mill in late 2017. The pair attended a series of the same events and he was reported to be at her 21st birthday. This is particularly awkward given Drake's close relationship with Bella Hadid's ex-flame, The Weeknd — something that Drake alludes to among other Bella Hadid-references on "Finesse."

"I want my baby to have your eyes," he begins, and we all know Hadid's eyes are remarkable. "I'm going against my own advice," Drake continues, perhaps a nod to The Weeknd and the "bro code." Then he laments: "Should I do New York? I can't decide / Fashion week is more your thing than mine." And just to make things even more clear, here you go: "You stay on my mind / You and your sister too hot to handle." Shout out to Gigi Hadid.

Finally, one last thing. On "Sandra's Rose," Drake spits: "My house is full of supermodels just like Mohammed Hadid." Mohammed Hadid is Bella and Gigi's father.

2. Diddy definitely punched Drake, but we still don't know why

In 2014, Diddy was known to have hit Drake at an Art Basel party, sending him to hospital after an old shoulder injury was reactivated. It was apparently over the "0-100" beat, with Diddy reportedly shouting something about "disrespect." Drake has now confirmed this four years later, rapping: "I've had real Philly n***as try to write my ending... I've had scuffles with Bad Boys that wasn't pretending." Also, is Drake calling Meek Mill "real" a peace offering?

3. Drake has a son, but doesn't really know his mother

"Yesterday morning was crazy / I had to come to terms with the fact that it's not a maybe / That shit is in stone, sealed and signed / She not my lover like Billie Jean but the kid is mine / Sandi [his mother] used to tell me all it takes is one time, and all it took was one time/ Shit, we only met two times, two times / And both times were nothing like the new times / Now it's rough times / I'm out here on front lines just trying to make sure that I see him sometimes / It's breaking my spirit"

4. It's a wrap with Cash Money

Drake is apparently free from his contract with long-time label, Cash Money, after this album. Now he's independent, kind of — he created Toronto-based label "OVO:" "Soon as this album drops, I'm outta the deal, " he explains, adding, "I'm pretty sure we got a label, I'm still independent."

5. He chose not to end Kanye and Pusha, but he inarguably could have

Pusha T went in on Drake diss "A Story of Adidon," to which the Canadian rapper didn't respond. Turns out there's a reason for that: Drake chose to concede the beef as the bigger man rather than ruin someone's career. On "Survival," Drake tells fans: "I've seen this movie a hundred times, I know where it's headed/ Realize someone gotta die when no one will dead it/ N***as gambling with their life for some content/ That's the type of lottery that could get your top picked."

He continues on "Is There More," ripping Pusha to shreds: "I mean you know I love a challenge, but challenged by who?" And "Peak:" "What you thought of me never had me missing a beat/ That's just a view from a cheap seat/ They don't want problems with me/ Talk used to be cheap, nowadays it's free/ People are only as tough as they phones allow them to be."

Then it's Kanye's turn. On "No Mistakes," West said of Drizzy: "Too close to snipe you, truth told, I like you / Too bold to type you, too rich to fight you / Calm down, you light skin!" And Drake did not hold back, talking West's finances and his Ye opener "I Thought About Killing You:" "Too rich for who? Y'all just got rich again / Who grips the mic and likes to kill they friends?" And finally: "Yeah I'm light skinned but I'm still a dark n***a," on "Nonstop."

The relationship between Drake and Jay started well (Drake once said he was an "incredible mentor") and descended into chaos. Both took shots at each back and forth, beginning with Drizzy calling Jay "corny" for rapping about art. But they're back together again, as proved by their collaboration.

Also, a post-humous feature from Michael Jackson that is eerily reminiscent of The Weeknd. Drake will never cease with the surprises.