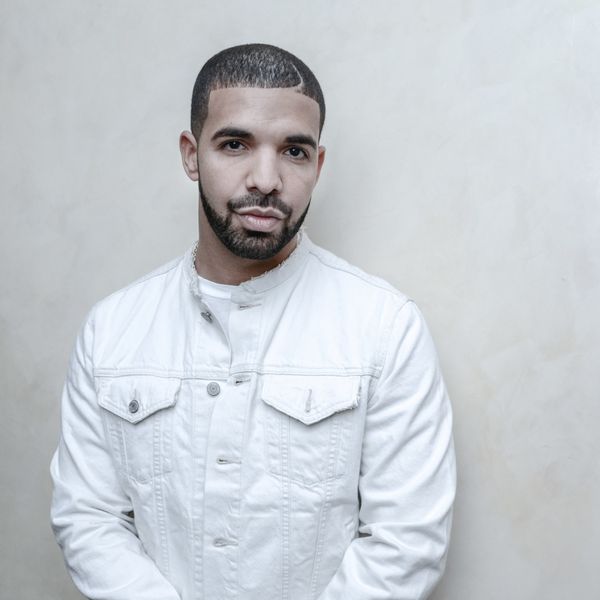 Ever since Pusha T alluded to Drake's alleged ghostwriter in a song off his new album, DAYTONA, the two rappers have been involved in an intense and very public feud, exchanging diss tracks back and forth that yesterday resulted in Pusha T publishing images of Drake in blackface. The images were used as the single art for Pusha T's newest diss track, "The Story of Adidon," which also revealed that Drake might have a son with porn star Sophie Brussaux. Yesterday, Pusha T clarified, "Please stop referring to this picture as "artwork"...I'm not an internet baby, I don't edit images...this is a REAL picture...these are his truths, see for yourself." He then linked to the website that the images originally on.

Now, Drake has addressed the images in an Instagram story, saying that they were taken out of context. Drake, who acted in the Canadian series Degrassi before becoming a rapper, wrote, "This was not from a clothing brand shoot or my music career. This picture is from 2007, a time in my life where I was an actor and I was working on a project that was about young black actors struggling to get roles, being stereotyped and type cast."

He added that the images were meant to be a critique of institutional racism, saying,"The photos represented how African Americans were once wrongly portrayed in entertainment. Me and my best friend at the time Mazin Elsadig who is also an actor from Sudan were attempting to use our voice to bring awareness to the issues we dealt with all the time as black actors at auditions. This was to highlight and raise our frustrations with not always getting a fair chance in the industry and to make a point that the struggle for black actors has not changed much."

Drake is wearing a shirt in the photographs from the brand Too Black Guys. The brand has also released a statement, saying, "Although this was not an image from any of our photoshoots, we feel that Drake, who is a long-time friend of the brand, was brilliantly illustrating the hypocrisy of the Jim Crow Era."