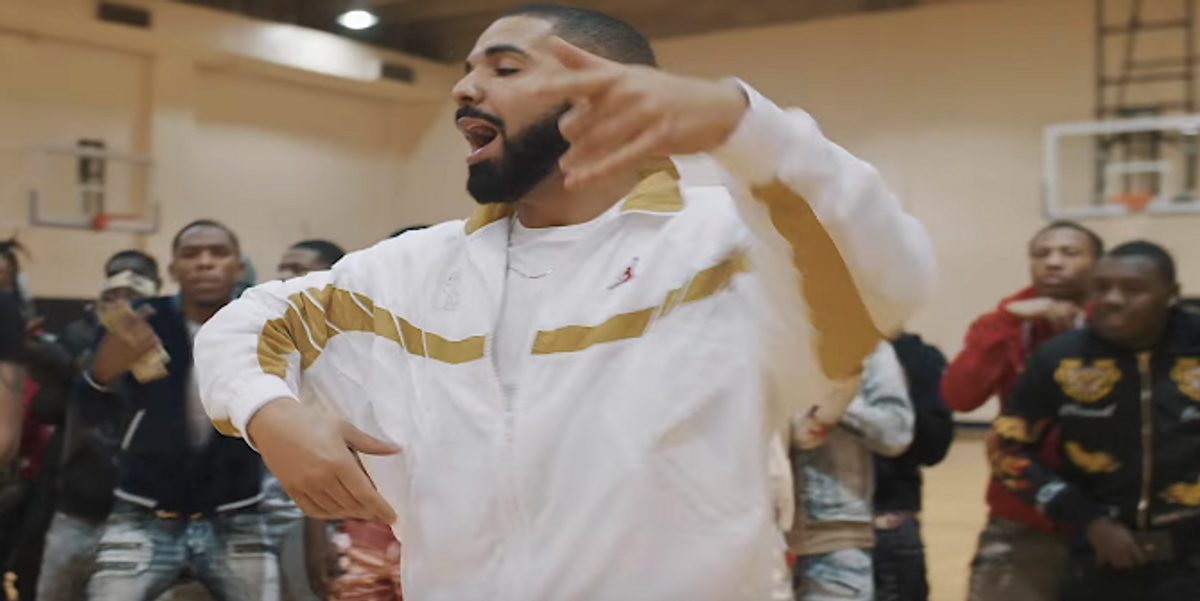 Drake has been dropping surprise singles left and right. He recently released "God's Plan," which broke the record for the most same-day streams out of any song on Spotify and Apple Music, and "Diplomatic Immunity." Both songs boasted his typical sing-rap flow and unrivaled hit-making ability.

His latest single, "Look Alive," features a suitably charming video and bars from BlocBoy JB, a newcomer on Drake's OVO imprint. The charisma that continues to boost Drake's career is on full display as he dances around a basketball court with his boys. With an almost deadpan swagger, he raps, "I've been gone since July, n*ggas acting like I died," over an old school-sounding piano beat.

I can assure you, Drake, nobody thought you were dead. BlocBoy JB comes in with a promising final verse and fierce moves. Drake dances like a very cute dad.

Watch and listen, below.