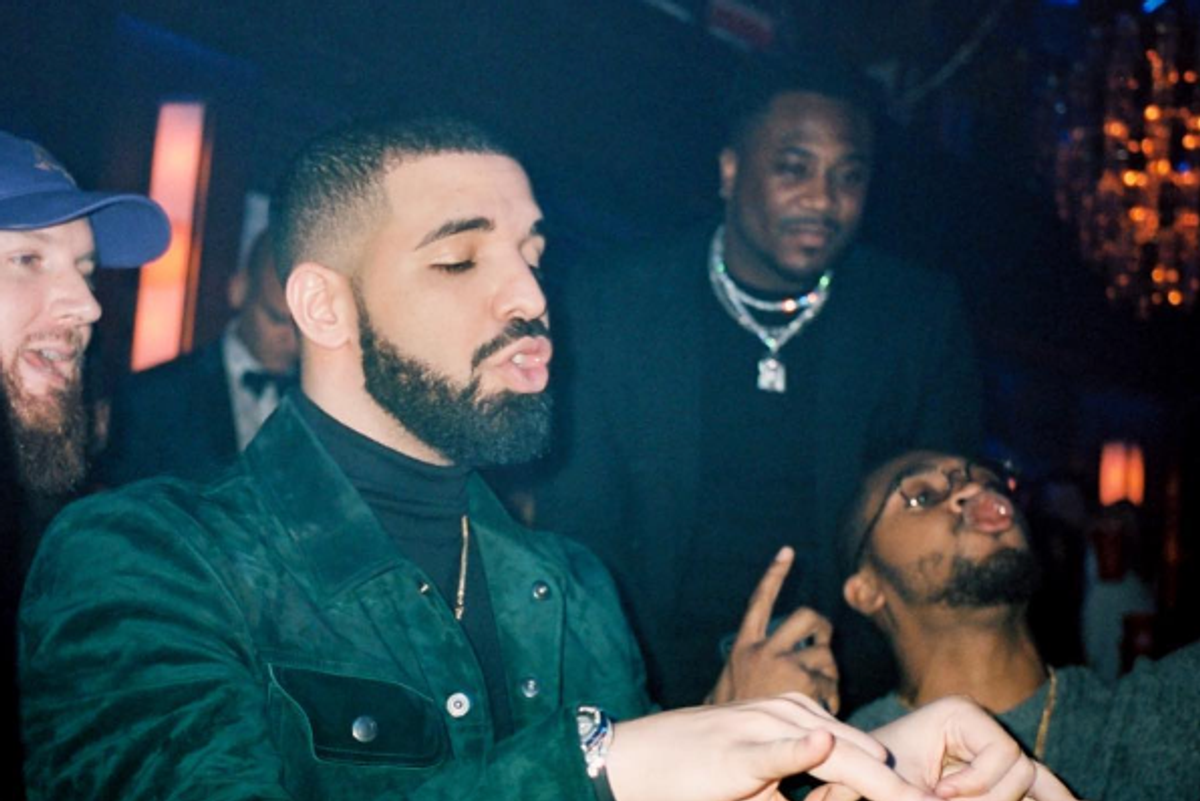 Everyone becomes intensely emotional around — and likely over-hypes — their birthday, but nobody's anniversary of the day they were born even comes close to being as important as that of one Aubrey Drake Graham.

The Canadian rapper, who reps his birth month of October so hard he named his record label after it, turned another year older yesterday and turned up in a big way to celebrate. While you might have thought he stopped at the textured orange jumper and an intimate family dinner for his 31st, that is just not the Drake modus operandi. Instead, he threw a re-bar mitzvah (presumably because 31 is the inverse of the age he was at his original bar mitzvah) with the company of key Pussy Posse members Leonardo DiCaprio and Toby McGuire, as well as Toronto's finest DVSN and SAFE, Hailey Baldwin, Madison Beer, Jamie Foxx and Kelly Rowland.

There were personalized solo cups, Papi's Pizzeria pizza featuring a portrait of baby Drizzy and his bar mitzvah board from two decades ago prior.

The boy and his mama.