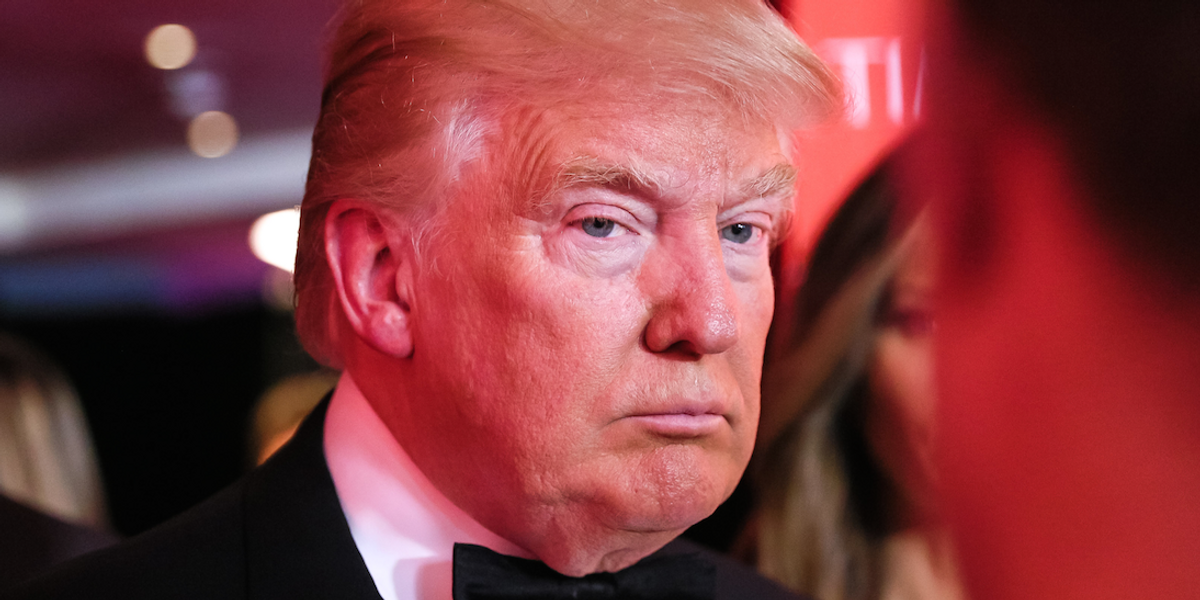 Don't you love it when fake-tanned, fake-haired @realdonaldtrump tweets? It sure is nice of him to remind his voters of the catastrophic mistake they made huh!

Today Trump turned his brightness up to full and moved his meaty munchkin fingers over the keyboard to tell Nordstrom that they're super mean for dumping his daughter Ivanka's clothing line, basically because the Trump family is very unpopular and no one's buying it.

My daughter Ivanka has been treated so unfairly by @Nordstrom. She is a great person -- always pushing me to do the right thing! Terrible!
— Donald J. Trump (@realDonaldTrump) February 8, 2017

Two hours prior to Trump's outburst, Nordstrom re-clarified their reasoning behind dropping the line was its poor performance.

"This decision was based on business results—it was not a political decision," the company tweeted. "Based on the brand's performance, we decided not to buy it for this season."

Neiman Marcus, Belk, Jet, ShopStyle, and the Home Shopping Network have also reportedly dropped the line because once again, if it isn't selling, why buy more.

Tell me again how much Trump will revolutionize the economy with his premiere understanding of business.