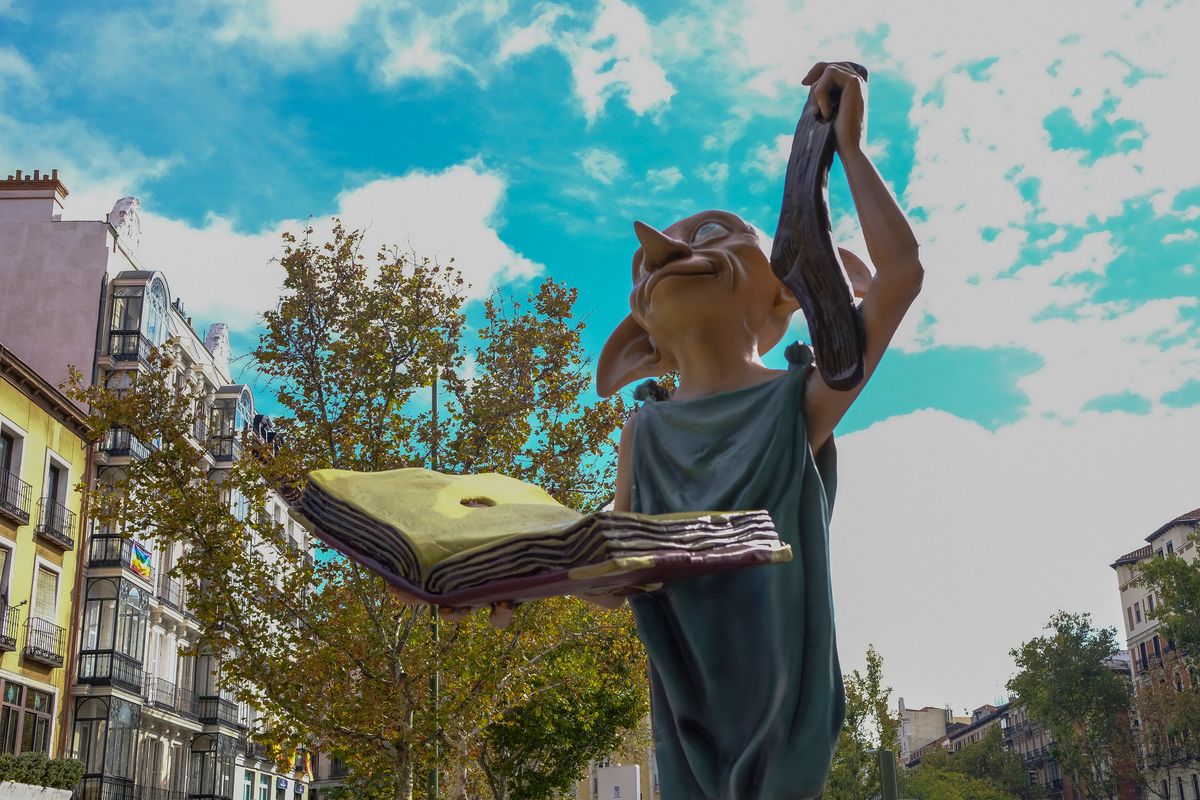 Dobby the Elf Was Spotted on Home Security Footage

The Internet is freaking out over suspicious security camera footage of what looks to be Dobby the elf from Harry Potter. A woman named Vivian Gomez posted a short clip on Facebook on Thursday, and it has since gone viral.

"I woke up Sunday morning and saw this on my camera and am trying to figure out...what the heck," Gomez captioned the video. "First I saw the shadow walking from my front door when I saw this thing....has anyone else seen this on their cameras? The other two cameras didn't pick it up for some reason."

Today, the video has over 5.8 million views, and over 110,000 shares. And viewers have been bombarding the comments section with mixed reactions. For the most part, people are creeped out and in shock, but some are saying that the video was doctored.

Though there hasn't been any confirmed explanation for the insane footage, this whole event has inspired a lot of hilarious Tweets. Here are some of our favorites:

JK Rowling: Yes and he’s non-binary trans! It was in the book the whole time! How could you miss it? pic.twitter.com/Dd8IVgc88Y

dobby walking out of the malfoy manor to warn harry pic.twitter.com/ZgZT3GafWS

dobby boutta get his ass beat for getting caught on muggle footage pic.twitter.com/rlNZ2Hw3Lx

Everyone joking that this Dobby but i'm here deciding not to go outside at night ever again pic.twitter.com/G8tBVawmRo

Why does “Dobby” look like he just stumbled out of the bar at 3am 😂 pic.twitter.com/cYzqmjvKdw

You guys, don’t be stupid. This is clearly not Dobby.

Relying on the Lord’s protection of my house after watching the Dobby video. #Dobby pic.twitter.com/D6Vmqtd3eR

BREAKING: Footage of #dobby minutes before he was sighted on someone's driveway, at around 3am EST this Sunday. pic.twitter.com/JeQKeUo7ke