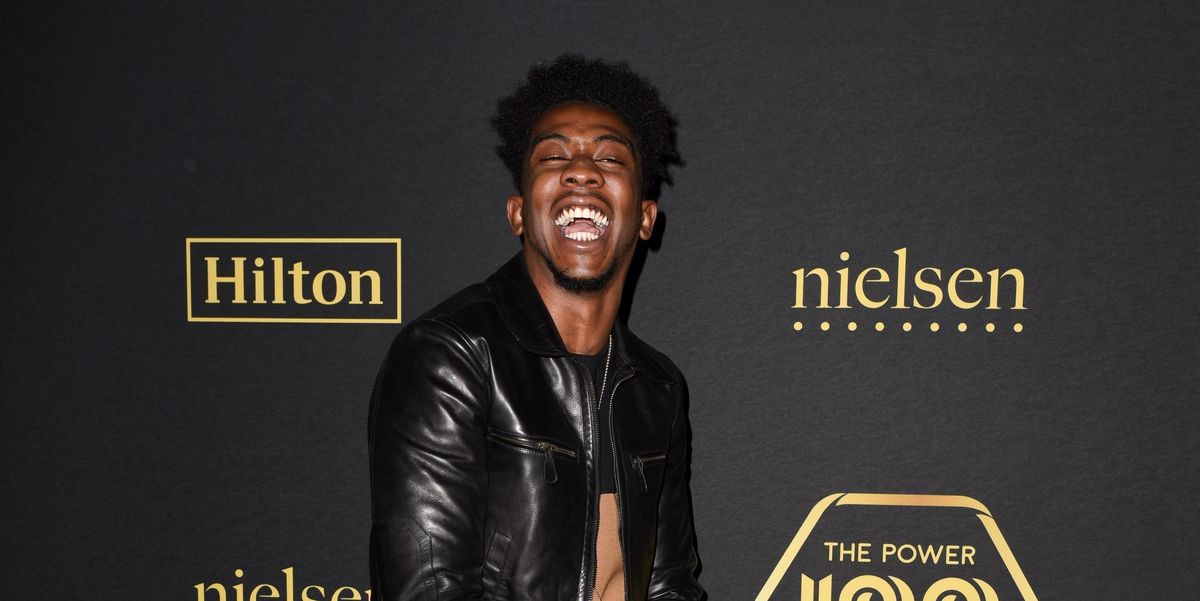 Listen to Two New Desiigner Tracks, "Thank God I Got It" and "Up"

Following up last week's release of the hypnotic song "Holy Ghost", and February's release of "Outlet", Desiigner graced fans with two new tracks last night. He released the songs, "Thank God I Got It" and "Up", while on his "Outlet" tour, which began on April 2 in Seattle. He had been teasing the releases on Snapchat for a few weeks, and tweeted yesterday that he had dropped them.

"Thank God I Got It", which is nearly 6 minutes long, features Desiigner's skillful adlibs over a lilting beat, joyfully celebrating his success. The visual accompanying "Up" is of a sunny, cloud-decorated sky. The tranquil image complements the optimistic, melodic vibe of the song, which features Desiigner and rapper Juicy J singing "I live it right up/ I get right up." over a strong drum beat.

Both songs will be on his upcoming album Life of Desiigner, and are available on Apple Music.