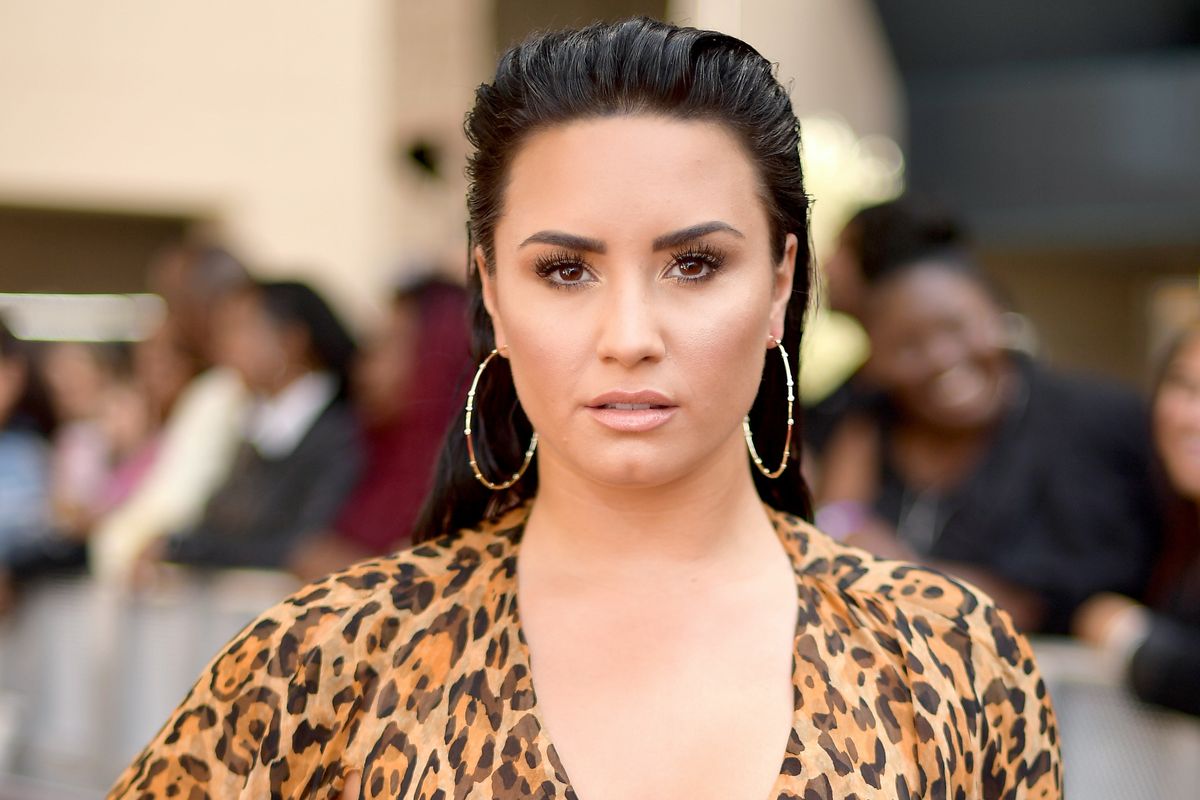 Demi Lovato: My Team Controlling My Diet Caused My Relapse

Demi Lovato has been gingerly making her way back into the public eye, after suffering an overdose in 2018 and years of turmoil prior. She gave an emotional performance of her power ballad "Anyone" at the Grammys, and performed the national anthem at the Super Bowl.

This morning Lovato spoke with Ellen DeGeneres about the months leading up to her overdose, which was a relapse after six years of sobriety. She explained that her return to drugs was largely a result of her untreated eating disorder, which her management team's neurotic, controlling behavior intensified.

"My life… was so controlled by so many people around me," Lovato told the host. "If I was at a hotel room at night, they would take the phone out of the hotel room so I couldn't call room service. Or if there was fruit in my room they took it out 'cause that's extra sugar. Like, we're not talking about like brownies and cookies and candy and stuff like that. It was fruit. For many years, I didn't even have a birthday cake. I had a watermelon cake, where you cut your watermelon into the shape of a cake and then you put fat-free whipped cream on top and that was your cake."

Lovato says this micromanagement led her to spiral back into bulimia, which in turn resulted in her, after six years of sobriety, picking up drinking and drugs again as a coping mechanism. "Little things like that… led me to be really, really unhappy… I asked for help and I didn't receive the help I needed."

Replacing birthday cake with watermelon and fat-free whipped cream should definitely be illegal, other abusive management tactics notwithstanding. Lovato's former team was helmed by Phil McIntyre, according to Page Six, the former head of Roc Nation, who currently manages Nick Jonas, DNCE, Iggy Azealia, Adam Lambert and others under his company PhilyMack. Lovato's now managed by Scooter Braun.

"This year, when I turned 27… Scooter Braun, my manager gave me the best birthday cake," Lovato reminisced. "And I spent it with Ariana Grande, who is one of my good friends, and we just had the best birthday. I just remember crying because I was finally eating cake with a manager that didn't need anything from me and loved me for who I am."

Lovato is releasing a new song tomorrow, "I Love Me," to vocalize her newfound resilience. "It was my actions that put me in the position that I'm in," she said. "And I think it's so important that I sit here on this stage and tell you at home or you in the audience or you right here that if you do go through this, you yourself can get through it."