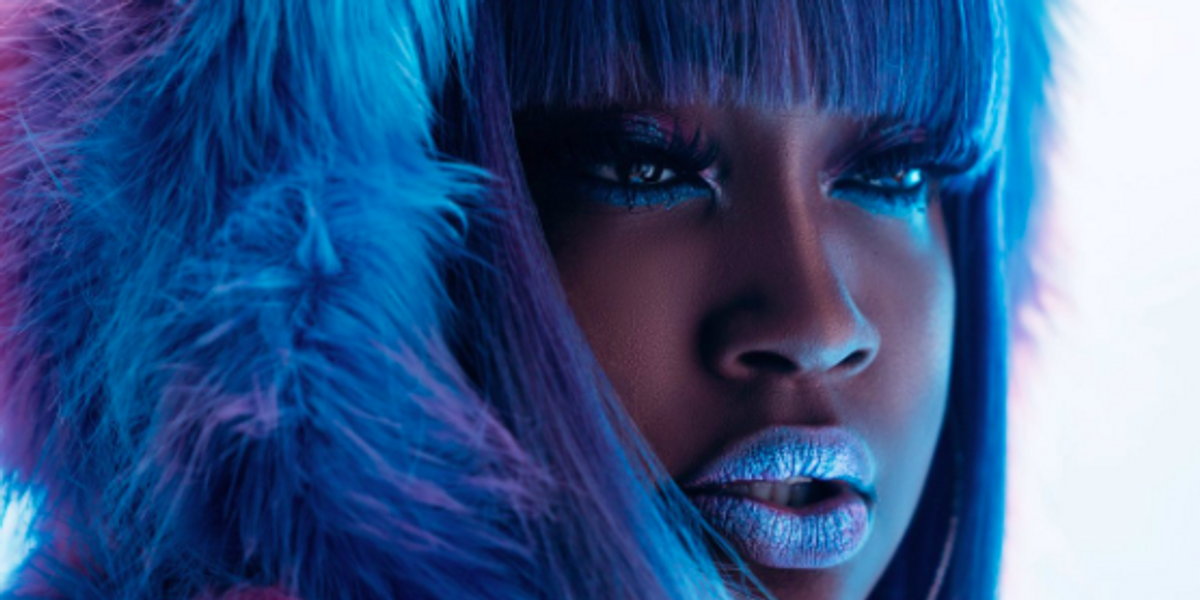 CupcakKe continues to prove she's on the up and up, announcing today her third album, Ephorize, along with a close up cover in which the rapper stuns in icy ultraviolet tones.

The follow up to Queen Elizabitch will drop in just two weeks, on the first Friday of the new year. Given that this is an artist whose Twitter bio reads "I OFFICIALLY SUCKED 2017 DICKS IN 2017" and has quickly gone from putting out homemade tracks to jumping on songs with Charlie XCX and Brooke Candy, we seriously can't wait to kick off the new year with this album.

Fans are fawning over the sleek cover imagery:

if there was a Grammy Award for “Album Cover of the Year," Cupcakke would win. This is stunning https://t.co/0rdYqPWdNn
— krs (@iizmrpeepz) December 21, 2017

CupcakKe has some of the most supportive fans in the game. Trying to explain a color scheme change on her page before announcing the new album, she tried to blame it on promoting her Charli XCX track:

cupcakke is an undeniable queen/icon/legend. when she sent me her verse on "i got it" i got straight in my car and drove round blaring it soooo fucking loud and dancing sooo fucking hard - a 2017 personal highlight ⭐ https://t.co/97b8D0C1Xm
— CHARLI XCX (@charli_xcx) December 19, 2017

But the Slurpers quickly caught on:

I had too sis , because y'all would of guessed it . Even when I did say it . Y'all still didn't believe me jjjjnkknnj but the colors is for my sis 😍 https://t.co/mV9eyf5ruv
— Marilyn MonHOE (@CupcakKe_rapper) December 21, 2017