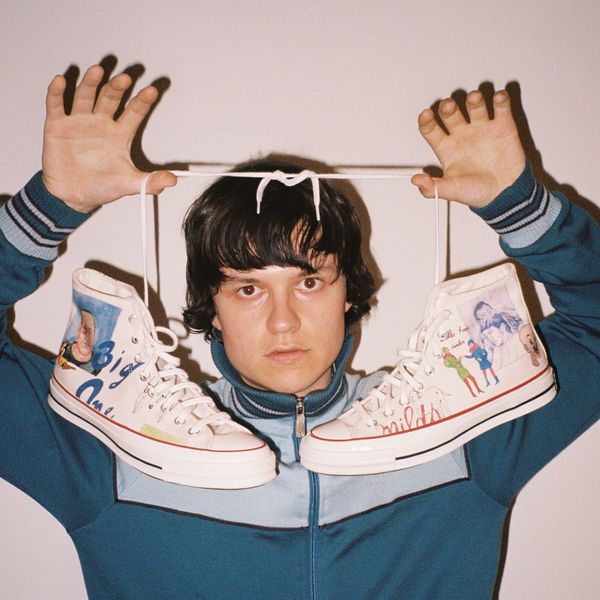 An unexpected interaction with Tyler, the Creator at just 16 years old ended up being a career-defining moment for Spencer McMullen just a few years later. It turns out he's been keeping an eye on the young artist's work since that fateful day in his hometown of Jacksonville, Florida when he showed Tyler his sketchbook after the famous rapper sent out a call on social for fans to draw him.

So when it came time for Tyler to handpick the next creative to design the next Artist Series with Converse, he ended up choosing McMullen after following the evolution of his work. The resulting work sees McMullen's hand-drawn prints positioned across the canvas of the Chuck 70 which he designed from his LA-based home studio.

"After growing up with the brand, applying my artwork to this sneaker was really a dream come true," said McMullen in a statement. "But I didn't want to disrupt the silhouette too much, because it is perfect in its simplicity. So, over a few months, I worked on new drawings and paintings to feature on the canvas, pulling inspiration from real stories that are documented around me – like books and photos on the internet of my life back in Jacksonville."

The shoes will be available globally for $100 beginning April 23 at Converse.com and select retailers.