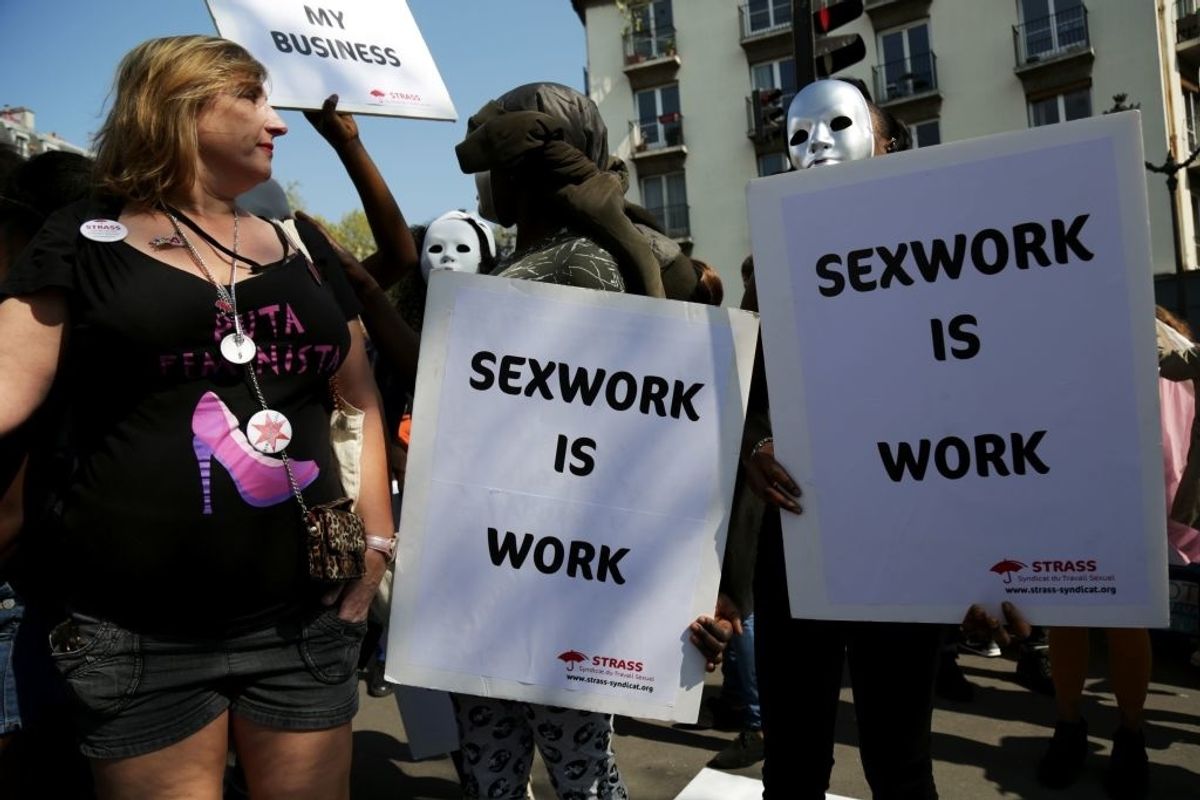 Sex work and human trafficking are not same thing. It's a notion that seems basic, but Congress is attempting to pass legislation that will conflate the two — with disastrous consequences for the millions of public and anonymous sex service providers. CNN reports that the Stop Enabling Sex Trafficking Act, or SESTA, will be voted on the Senate as soon as next Monday. A similar bill, the Allow States and Victims to Fight Online Sex Trafficking Act, or FOTSA, has already passed the House of Representatives.

The crux of the legislation entails holding websites criminally liable for any paid sexual activity that is knowingly advertised or arranged by its users. While sites like Craigslist and Backpage have shuttered their "adult services" sections, providers still use them to advertise sex services. This bill targets such sites, along with a litany of other advertisement sites and screening resources. The bill would allow federal attorneys general to criminally prosecute such sites; at that point, it is only a matter of time before they wiped off the web.

Sex workers use a myriad of web tools to enable to advertise and conduct their services, screen potential clients, and receive financial compensation. For many providers, these sites are their primary vehicle to make a living; if they can't safely advertise their work, they cannot work — or worse, they are forced into the streets, which only increases their likelihood of being victimized by johns (the very violence the bill purports to ameliorate). Social media behemoths, such as Twitter and Instagram, would be under pressure to ban users that advertise sex — and many sex workers rely on their social media presence for their brand. Additionally, some sites also offer anonymous services to coordinate payment for labor if both the worker and john are wishing to avoid traditional banks. Screening and review sites allow workers to post information about clients before they schedule a session. This information ranges from "tried to lowball my fee" to potentially life-saving warnings about dangerous clients.

The implications of the SESTA and FOSTA legislation would, first and foremost, cut off workers' access to the online sex market, resulting in a crippling financial blow to their livelihood. Many could turn to less-safe means of procuring clients. If screening sites are shut down, workers will take a gamble with their safety. The result is that the sex trade will become less safe, which is the opposite effect of the intended bill.

Sophie B, a writer, former sex worker, and organizer for sex worker rights, is particularly worried about the impact on the LGBTQ community. Transgender and gender nonconforming individuals (especially those of color) often face discrimination in the workplace; many use the sex trade to make ends meet. "These bills would have devastating effects on my community," she says. "Any time an online platform is removed or made illegal, sex work gets pushed further underground and into more dangerous avenues, and sex workers die."

Everyone wants to stop the sexual exploitation of trafficked children and adults. That is not up for debate. The trouble is, when the law casts too wide a net, sex workers who wish to stay in the trade will also be targeted. Stigmatization and criminalization are the primary forces that keep victims of trafficking from reaching out to law enforcement. Only full decriminalization of sex work will allow sex workers to come out the shadows and report violent pimps and johns. It's a platform that is supported by Amnesty International and the World Health Organization.

The bill will be debated on the Senate floor as soon as March 12, 2018. You can use this database to call your Senators and encourage them to rethink the scope of the legislation.