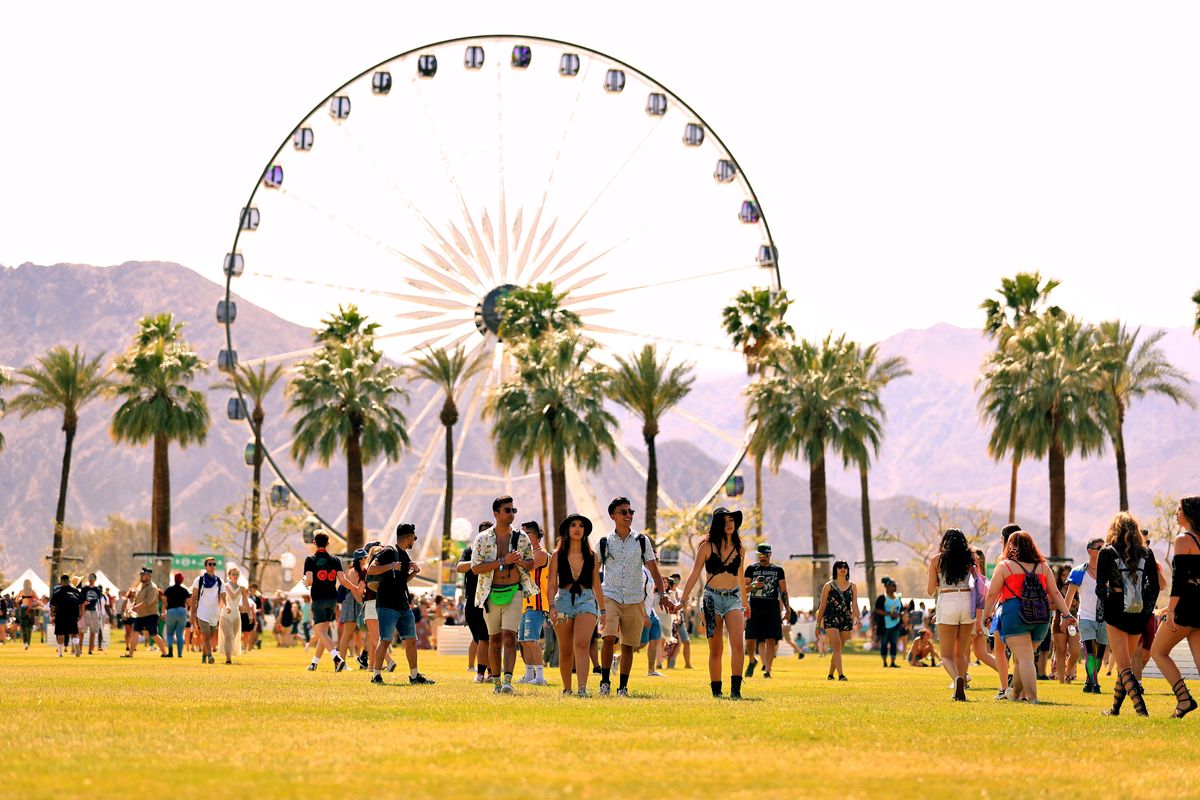 The Coachella Ferris Wheel Is the Hottest Hook-Up Spot

Coachella Weekend One may be over, but thanks to the ubiquity of smartphones, we're able to relive every goddamn moment — including the ones that weren't on the main bill.

First, came (lol, sorry) that viral video of two illicit dick-suckers having at it on the iconic Coachella ferris wheel — a remarkable event akin to spotting a shooting star. Albeit, in the middle of the day and something that probably won't get picked up by Nat Geo.

Naturally, amusement colored with slight concern was the predominant reaction to the video. But it also made for great retweet fodder, as evidenced by the dozens of viral jokes about ferris wheel blow jobs.

That guy getting head on a ferris wheel at Coachella is the sequel to Love, Simon

It feels performative. It feels insincere. I didn't believe they were present or connected.

And for a while, that appeared to be the extreme extent of brazen, public sex acts on festival grounds. Well, until YourEDM managed to spot another video of a couple getting it on. Yep, on the ferris wheel.

Needless to say, we wouldn't advise trying out Coachella's hottest, new hook-up spot — despite the, uh, romantic views. After all, as Out's Rose Dommu points out, Coachella may be beefing up ferris wheel security for Weekend Two, and we wouldn't blame them.