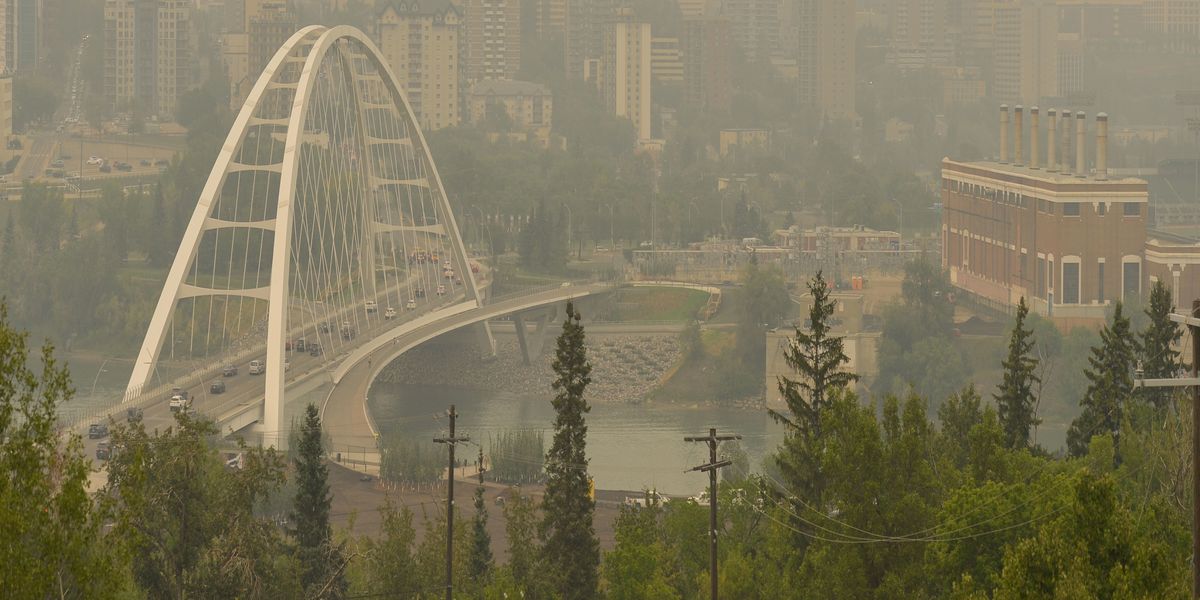 We Are Potentially Facing A Climate Crisis By 2040

Not to be dramatic, but also to be really fucking dramatic, our planet is hurtling towards an environmental crisis that is now predicted to affect all of us in our lifetimes.

In a report issued on Monday by the UN's Intergovernmental Panel on Climate Change, scientists presented sobering and extensive evidence that we are running out of time to reverse the effects of climate change.

As per the New York Times, the scientists describe: "a world of worsening food shortages and wildfires, and a mass die-off of coral reefs as soon as 2040—a period well within the lifetime of much of the global population."

The report found that if greenhouse gas emission continue to increase at the current rate, our atmosphere will arrive at 2.7 degrees Fahrenheit (1.5 degrees Celsius) above pre-industrial levels by 2040.

The 2016 Paris Agreement set out to cap the climate increase at 2.7 degrees above pre-industrial temperatures, and bookmarked a 3.6 degree increase as the threshold for the most terrifying social and economic consequences of climate change—a figure that has become widely accepted as a red alert.

The #IPCC says that even the most optimistic scenario for climate change is dire #climatechange… https://t.co/RFSbFwEtUG
— Alvaro Silvio (@Alvaro Silvio)1539032360.0

However, at the request of the vulnerable nations, the the UN team did a new investigation on what the effects of a 2.7 degree warm-up could be. Their report found that many of the dire consequences will manifest at the arrival of the lower, 2.7 figure, including heat waves, damage to agriculture, more rain and snow, higher sea levels, intensifying droughts and poverty, and the displacement of millions of people.

Zooming out from the physical landscape, the report says that the United States could expect to "lose roughly 1.2 percent of gross domestic product for every 1.8 degrees of warming."

The conclusion are "quite a shock, and quite concerning," said Bill Hare, a physicist with Climate Analytics who has authored previous I.P.C.C. reports told the New York Times, "We were not aware of this just a few years ago."

The report reveals that correcting course in time to avoid the most severe consequences would mean "transforming the world economy within just a few years," and come at a cost of $54 trillion.

To escape a 2.7 degree increase by 2040, but we would need to cut emissions in half before 2030, and reduced 100% (carbon neutrality) by 2050. The report states that rapid change is technically possible, but all evidence indicates that such rapid and radical change to the global environmental efforts is politically unlikely.

Climate change is coming – fast. We must do more to stop it. I introduced the Climate Risk Disclosure Act to encour… https://t.co/sot9s00Pxq
— Elizabeth Warren (@Elizabeth Warren)1539017124.0

"It's telling us we need to reverse emissions trends and turn the world economy on a dime," said Myles Allen, an Oxford University climate scientist and an author of the report told the New York Times.

However, Donald Trump, the president of the world's second largest carbon emitter, has systematically rejected climate science and policy, vowing to withdraw the United States from the Paris agreement, mocking the scientific basis of climate change, and proposing increases in the burning of coal—all as apart of his "America First" doctrine.

And even if all world leaders fully committed to implementing the Paris agreement (right now, most countries aren't on track to meet their pledges) the report shows that it's reduction pledges would still not be enough to avoid the even more dire 3.6 degree increase.

"...limiting global warming to 1.5°C is still physically possible and could be in principle achieved, although it requires rapid, far-reaching and unprecedented changes in all aspects of society." Sonia Seneviratne, a climate change scientist at ETH Zurich told WIRED.

Scientists trying to get around the bleak reality of political indifference have considered elaborate, tech-driven methods like "Geoengineering" (bouncing the sun's radiation back into space by spraying aerosols in the atmosphere or by brightening clouds) as a possible loophole to sidestep the herculean political and organizational effort of enforcing a radical carbon emissions reduction program.

The taxation of carbon dioxide emissions will be one of the most crucial solutions, the report emphasizes, estimating that to be effective carbon would need to be taxed "$135 to $5,500 per ton of carbon dioxide pollution in 2030, and from $690 to $27,000 per ton by 2100." The Obama administration had previously proposed a $50 per ton taxed, an estimate that the Trump administration lowered to $7 per ton, the New York Times reports.

Despite our governments' and corporations' historical refusal to take cutting carbon emissions seriously, analysts of the report emphasize that it is the only real solution to diverting the planet from disaster.

We have a timeline in our hands that makes abundantly clear: we have one decade to change things before before we will all suffer at the hands of climate change, with the poorest countries and citizens being hit first and hardest.

However it's not clear when our lawmakers will realize that climate change is no longer an ideological matter up for debate, which one can have a side on, but a question about the viability of everyone's future that it has become desperately self-destructive and socially violent to ignore.

For millennials, the report describes a bleak portrait of the world that we're no longer in the position to fret about if our children will experience, but which we're on track to spend the rest of our adult lives in.

Look. I can read a poll. I understand that climate change doesn’t necessarily, by itself, drive voters to the polls… https://t.co/2vWxXlhGf1
— Brian Schatz (@Brian Schatz)1539019213.0

But there is a path backward, away from that 2.7 degree mark and that portrait, albeit a terrifyingly difficult one to achieve. So if you're blisteringly overwhelmed, sad and scared like me, check out The Guardian's guide to taking action in your everyday life, register to vote right now; and make a plan for how you'll vote in the November midterms because there are people out there who have the political will to follow that path but they aren't anywhere near Congress, the Supreme Court, or the White House right now.