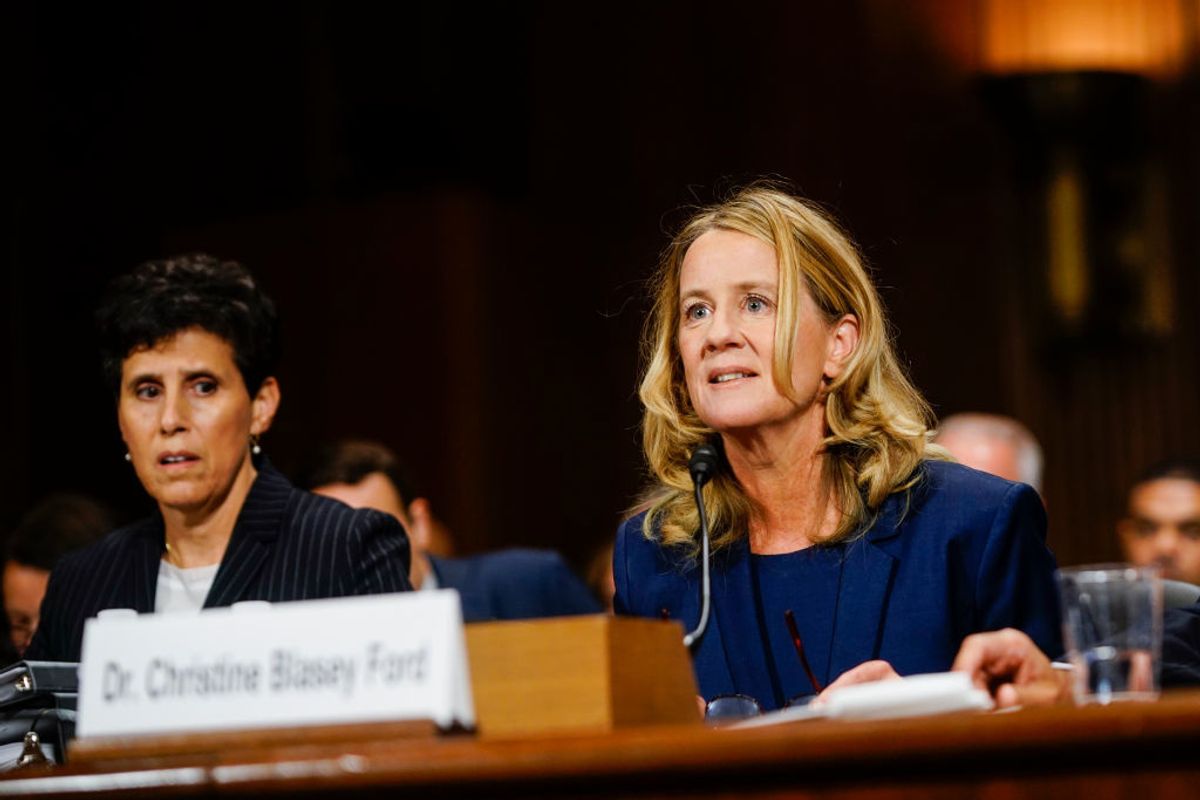 Brett Kavanaugh now sits as an Associate Judge on the Supreme Court, but Dr Christine Blasey Ford is living a nightmare. The university professor, who testified on the national stage that Kavanaugh attempted to rape her in high school, still faces daily safety threats and has been unable to return to her workplace since appearing before the Senate judiciary committee, NPR reports.

In his own testimony to the judiciary committee, during which he angrily denied Dr Ford's claims, Kavanaugh spoke of receiving death threats himself. Those have presumably subsided, but his accuser has been forced to continue employing a private security detail. She has moved house four times, and it appears she won't be back teaching at Palo Alto University anytime soon.

Related: Why Must Sexual Assault Survivors Work So Hard to Prove Themselves

"Justice Kavanaugh ascended to the Supreme Court, but the threats to Dr. Ford continue," the members of Ford's legal team told NPR.

Thankfully, no less than two GoFundMe campaigns have raised money to assist in paying her ongoing costs. Both have now closed, and Ford's legal team assured NPR that she was grateful for the money and it was being used only to cover security and housing.