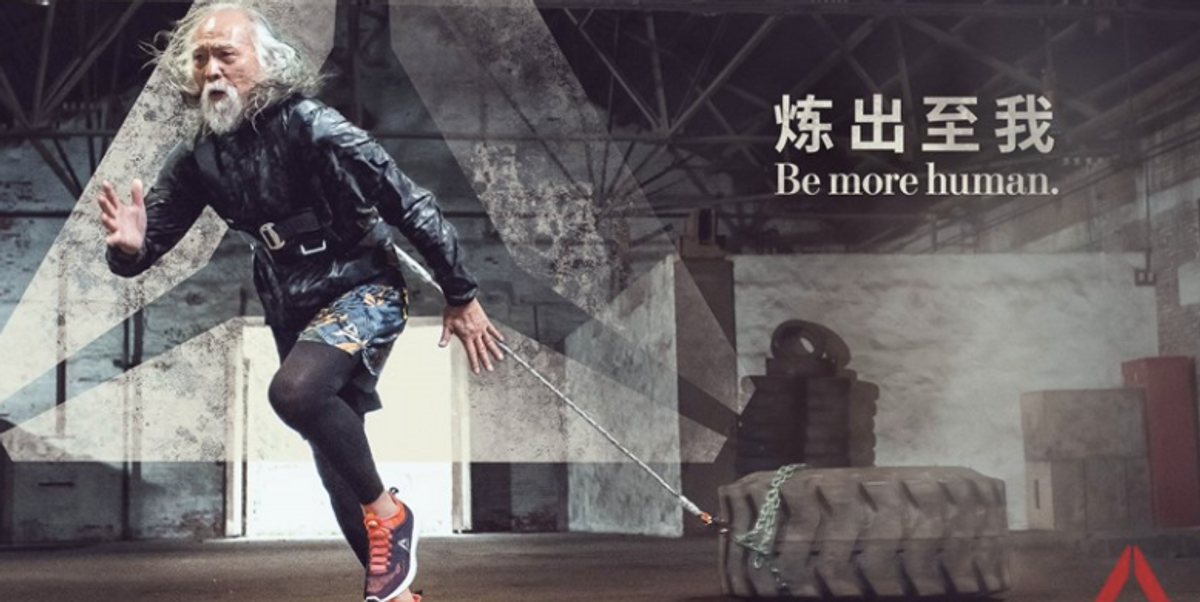 Reebok has chosen 81-year-old Wang Deshun, aka "China's Hottest Grandpa," to be the face of their new "Be More Human" campaign.

Formerly an actor, the octogenarian's modeling career first kicked off when pictures of him walking shirtless during Beijing Fashion Week in 2015 took off. He has since appeared in GQ to discuss his newfound fitness regime, and will be joining the likes of Jay-Z and Kendrick Lamar as a spokesperson for Reebok.

The sportswear brand chose Wang for his athleticism, drive, and, possibly, his potential for meme-hood.

In a statement to WWD, Reebok said, "Only seriously getting into fitness at the age of 70, Wang's example has helped reshape China's views on aging and shown (that) you're never too old to pursue your goals."

Peep the campaign film below: