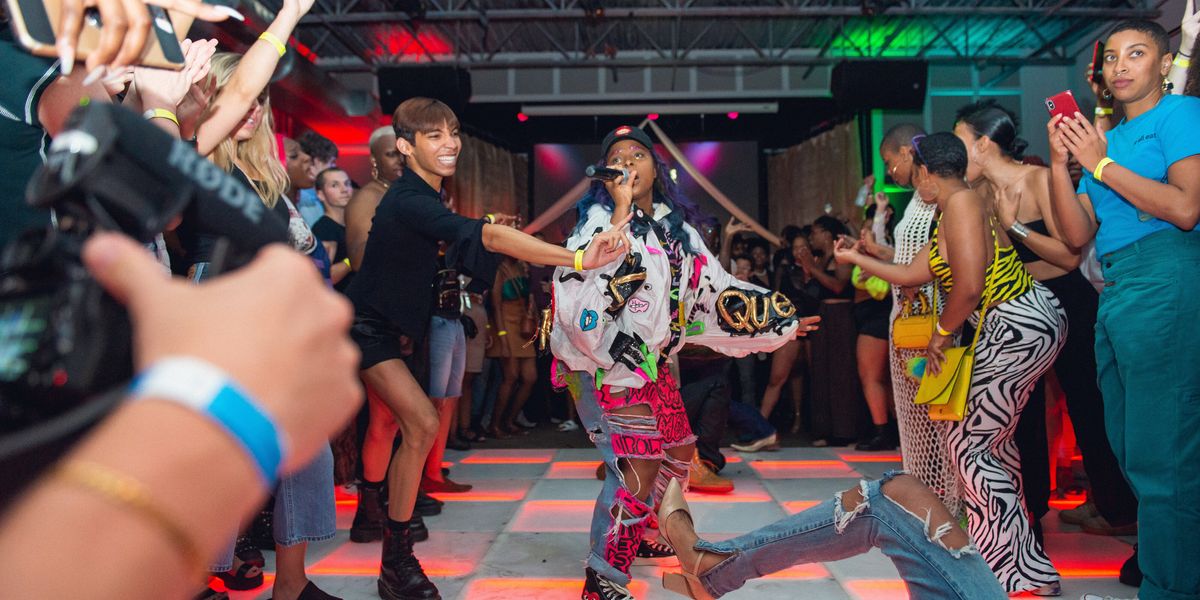 South Side Chicago Pays Homage to the City's Queer Pioneers

For its inaugural Red Bull Presents show of 2019, Red Bull Music kicked off its own Chicago Pride festivities last week.

The event, called Red Bull Presents: Renaissance One, brought together performers BbyMutha, TT the Artist, Kidd Kenn, and Blu Bone, as well as DJs Rae Chardonnay, Hijo Pródigo of Futurehood, and Professor-Wrecks. The artists all joined forces at Chicago's South Side venue, The Promontory. It took place last Thursday before Chicago's annual Pride parade and events on June 30, and paid homage to the city's beloved LGBTQ+ pioneers.

While many are familiar with New York's 1969 Stonewall Riots and how it forever transformed the notion of queer visibility, perhaps others are unaware of Chicago's gay liberation movement. Following Stonewall, in 1970, a gay liberation-centered organization was formed at the University of Chicago. They sponsored a dance at the South Side's Coliseum Annex, which made history as the first-ever public queer dance event, aside from regular Halloween drag balls. The event organizers built momentum by campaigning for Chicago's first gay bar, the Normandy on Rush Street, to obtain a dance license and thus permit same-sex dancing.

It is in that spirit of movement and freedom that Renaissance One is based. Visually, Renaissance One offered an immersive experience, featuring "visual identity" and production from Chicago queer collective, VAM, while celebrating modernized styles of disco and soul. Additionally, guests were able to purchase limited-edition Chicago streetwear by High End Junkie made in collaboration with Red Bull Music. As a whole, from performance to vendors, the event honored the rich legacies of queer trailblazers of color before them.