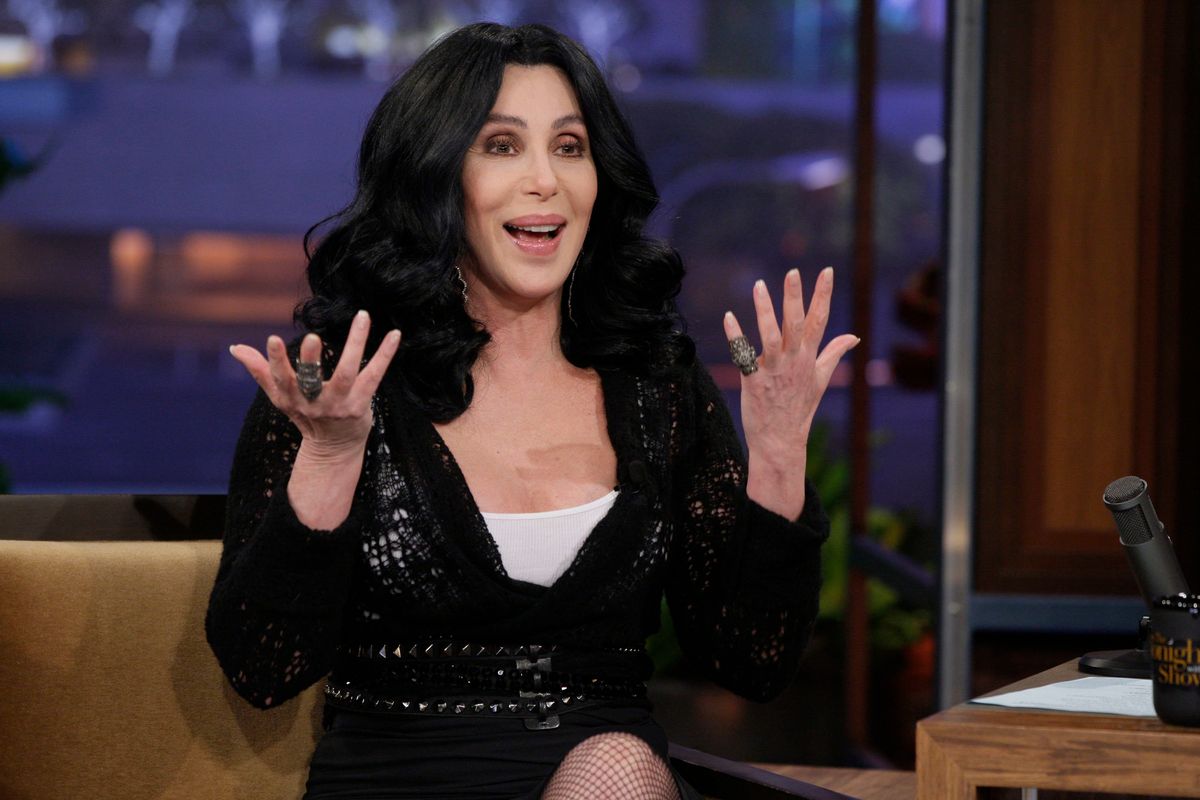 Cher Will Take Over 'The Tonight Show'

Despite multiple farewell tours, new albums, and a brand new Broadway show, fans will probably never get a Cher-hosted talk show, or a spot for the queen herself on "The View" — I mean, could you imagine her arguments with Meghan McCain? This upcoming Monday, April 15, however, we'll get pretty damn close.

"The Tonight Show" is hosting a full episode, performance-packed Cher fest. Fans will be treated to live performances of "Turn Back Time" and "You Haven't Seen the Last of Me" by Cher herself, a priceless treat for the studio audience at 30 Rock. Stephanie J. Block, Teal Wicks, and Micaela Diamond, the stars of the Broadway musical about her life and career, The Cher Show, will also be in attendance and performing with Cher.

The Cher Show opened to critical acclaim back in summer 2018, with Broadway World saying it was "Gutsy, Glitzy and Glam." The show features smash hits from throughout the songstress' career, like "Believe" and "I Got You Babe." Upon the great reviews and news of the featured songs, fans subsequently snatched up tickets quicker than they could quote Moonstruck and theatergoers fell in love with her story all over again.

The entire hour block of the April 15 episode of "The Tonight Show" will be dedicated to Cher. Previous takeovers of the show have occurred rarely, with icon Ariana Grande hosting an episode-long takeover almost a year ago now, an episode that broke records for Jimmy Fallon. The episode featured sketches, a performance, and the popular "Musical Genre Challenge" game from the show.

If Cher's viral appearance on "What What Happens Live" years ago is any indication of the talk show tea and fun in store for Cher fans, then this takeover is about to be legendary.

The Cher Show is playing on Broadway now at the Neil Simon Theatre in New York City. Tickets