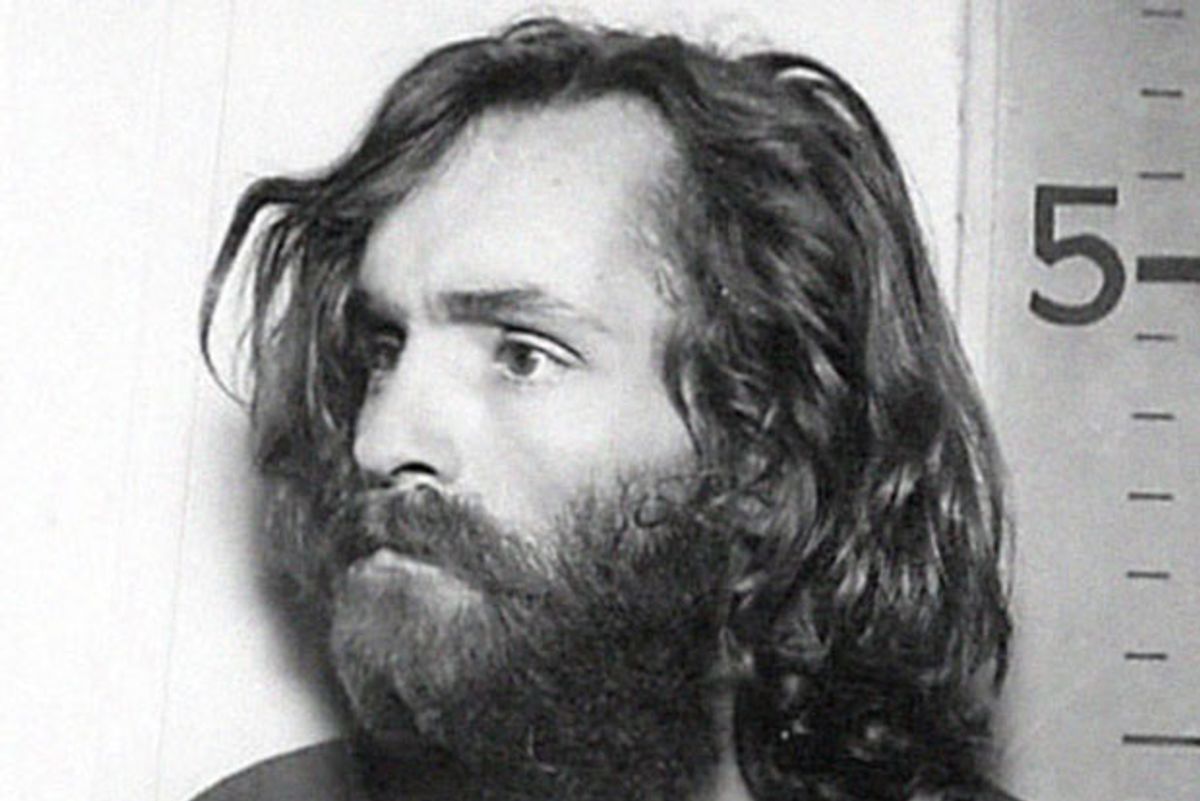 Charles Manson Is Temporarily Out of Prison

An apt start to 2017: Charles Manson, failed musician and cult leader who inspired the infamous 1969 murder spree that claimed the life of actress Sharon Tate, is currently out of prison...for a medical emergency.

TMZ has reported that 82-year-old Manson is being treated for an undisclosed "ailment" at a hospital in Bakersfield, CA, which is an hour from the Corcoran State Prison.

Mansion is serving 9 life sentences for the August 9th, 1969 massacre, which killed five people, including Sharon Tate, at her and then-husband Roman Polanski's Hollywood Hills estate.

Keep. Him. In. Restraints.