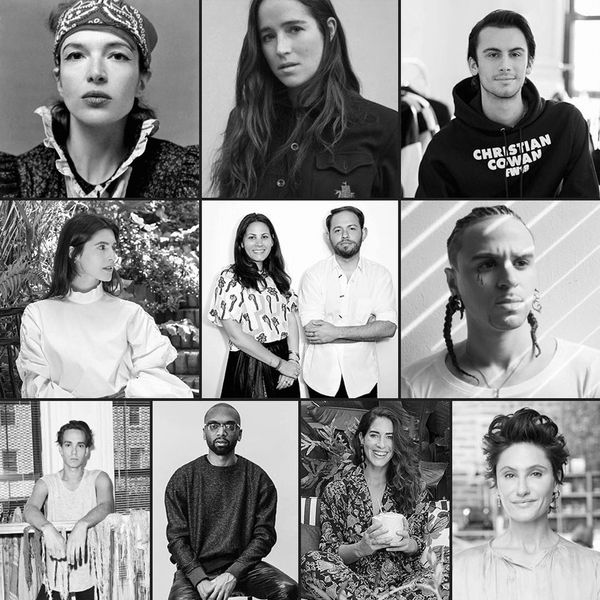 The annual CFDA/Vogue Fashion Fund is aimed at giving emerging designers a headstart at developing their own fashion brand with a year of mentorship and a $400,000 prize. The highly-competitive fund is going on its 15th year with previous winners like Alexander Wang, Public School, Gypsy Sport, and Telfar going on to cement their names on the world stage of fashion.

This year's shortlist was selected by a panel composed of Vogue Editor-in-Chief Anna Wintour, Diane von Furstenberg, Steven Kolb, Andrew Rosen, Mark Holgate, Nicole Phelps, Roopal Patel, Jeffrey Kalinsky, Eva Chen, and Joseph Altuzarra. The announcement was posted earlier today on Vogue and CFDA's social media platforms with Wintour saying of the finalists, "they're not only talented, they're engaged with a rapidly changing world, reflecting a whole new set of values and beliefs about what fashion can and should be."

The winner and runners-up will be announced November 15th at a fashion show and gala in New York. In the coming months, the designers will meet with judges in their respective studios and be mentored by CFDA designers and fashion executives as a part of the program.