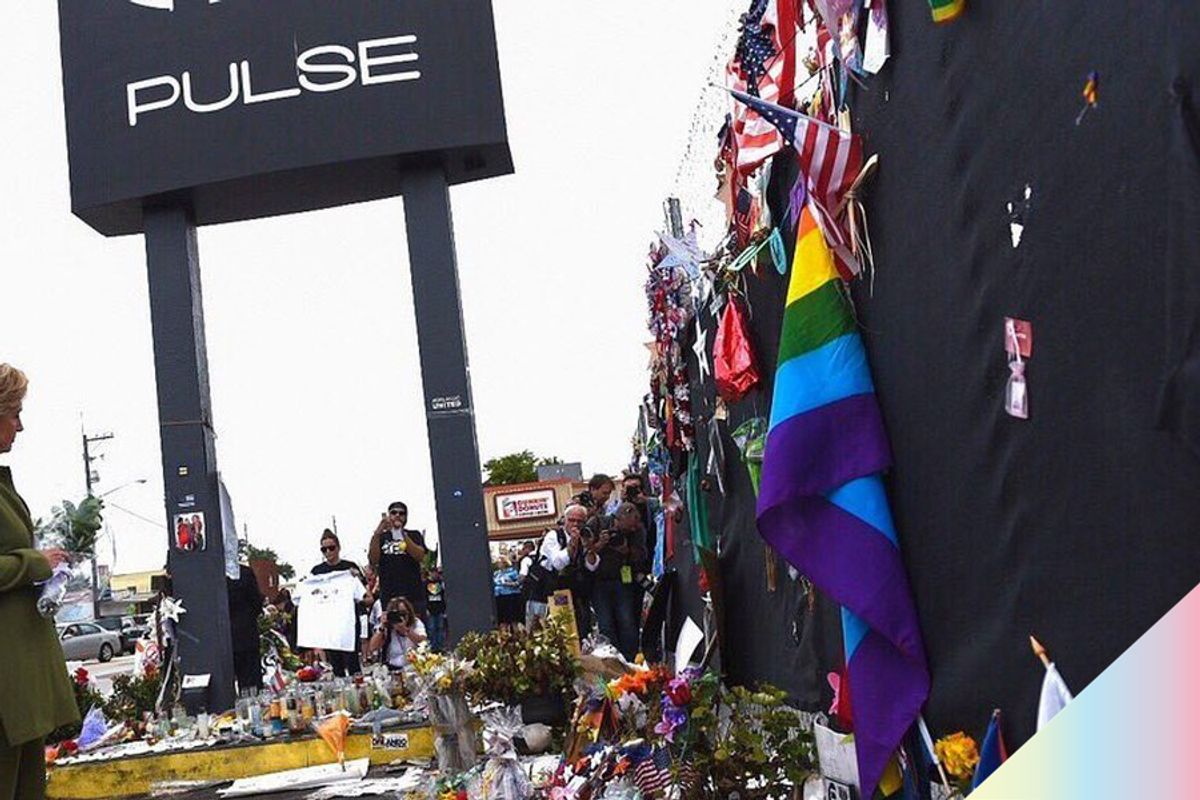 Today, on the one-year anniversary of the Pulse nightclub massacre, people around the world took to social media to post in remembrance of the 49 LGBT lives lost that night. While no one person's memorial is more significant that than the rest, those with a well-followed platform have a greater opportunity to spread unity and love, love that could heal a community, if only a little. Here, on the newly-minted Orlando United Day, we round up messages from celebrities of every sphere that prove violence never wins.

My heart is with the loved ones of the 49 people killed at Pulse, the city of Orlando, & the LGBT community. #WeWillNotLetHateWin pic.twitter.com/K8BkUW2GVt
— Hillary Clinton (@HillaryClinton) June 12, 2017

Solemn today. Thinking of the families of those taken from us at Pulse nightclub in Orlando a year ago. Send some love into the world today!
— troye sivan (@troyesivan) June 12, 2017

Sending strength and love to those affected by Pulse nightclub attack one year ago. https://t.co/7kurOt4deZ
— Sasha Velour (@sasha_velour) June 12, 2017

A year ago today 49 people went to #Pulse to dance and to meet friends but never came home. We remember them now and always. #OrlandoStrong pic.twitter.com/awUQhJMDU9
— Luke Evans (@TheRealLukevans) June 12, 2017

Today we remember the lives that were lost and forever changed at Pulse Nighclub a year ago. Sending love and solidarity today and always. pic.twitter.com/hr0DFi9yRl
— Tegan and Sara (@teganandsara) June 12, 2017

I'll never forget meeting Tony Marrero. His story filled me with so much hope and so much pride. #OrlandoUnitedDay #PulseNightclub pic.twitter.com/icTi7DhNvT
— Ellen DeGeneres (@TheEllenShow) June 12, 2017

Thinking of all 49 lives taken and families/friends affected.

We meet unspeakable tragedy and hate with unbound resolve. I stand with the LGBTQ community, today and every day. #OrlandoUnitedDay. https://t.co/9lvBiV8q1k
— Joe Biden (@JoeBiden) June 12, 2017