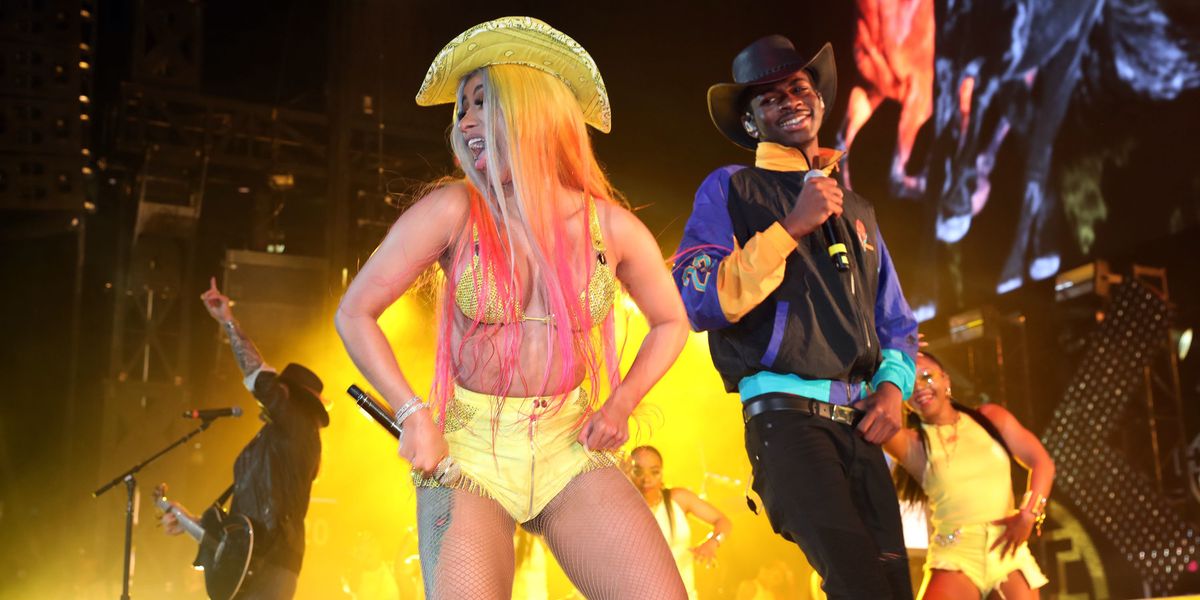 Three great minds met on stage at Summer Jam 2019: Cardi B, Lil Nas X, and Billy Ray Cyrus. What did they talk about, you wonder? Nothing! They got together and sang "Old Town Road" for the thirsty New Jersey crowd, obviously. Some weird sound issues aside, pretty iconic stuff.

It was Cardi's set that the two unlikely country collaborators were crashing — she's always down for a good surprise guest. Fan footage shows Cardi twerking along enthusiastically as Billy Ray played guitar and Lil Nas X hyped up his audience.

Cardi also gave her new track "Press" its live debut at the festival, which was her first public performance in a while after canceling a few dates to recover from plastic surgery. On Instagram Story after her set, she expressed excitement about meeting Billy Ray for the first time, then cruised off into the night with Offset.