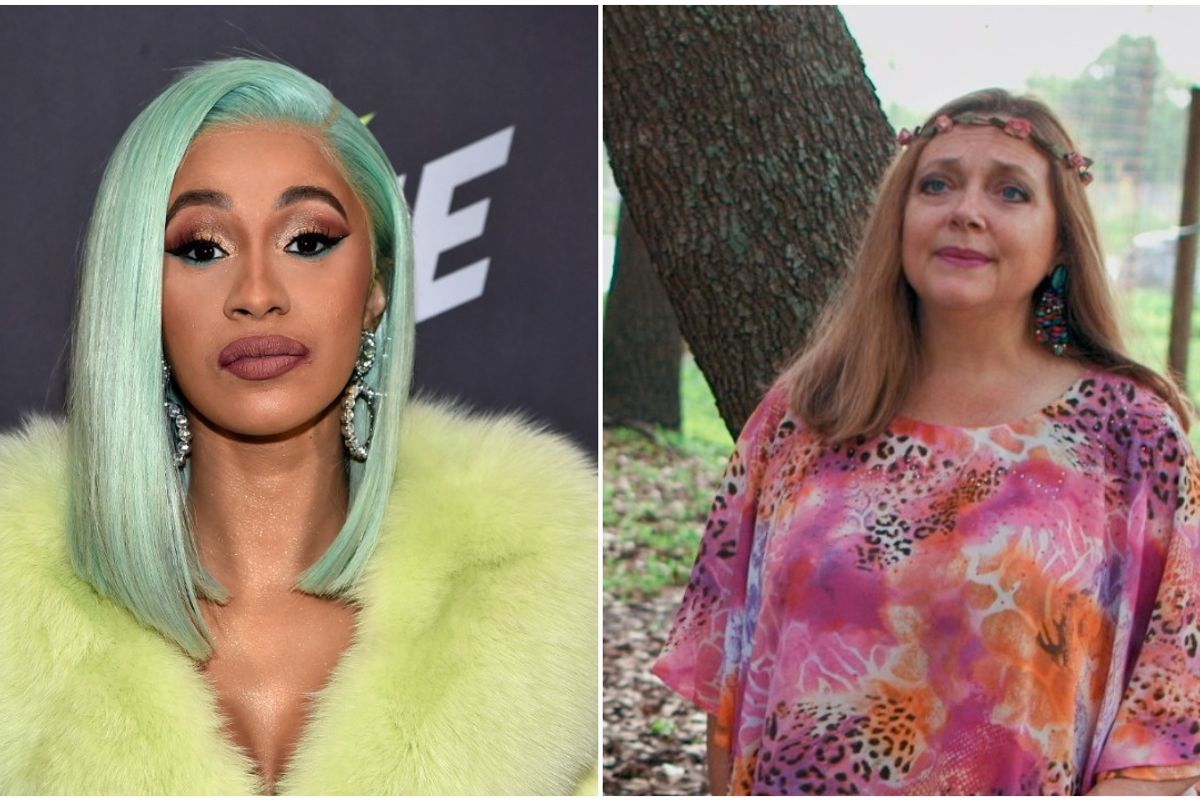 Cardi B Responds to Carole Baskin's 'Ridiculous' Criticism of 'WAP'

Cardi B is hitting back at Carole Baskin's criticism of her "WAP" music video with Megan Thee Stallion.

Earlier this week, the Tiger King star and Big Cat Rescue CEO condemned the use of big cats within the Colin Tilley-directed music video, arguing in a statement that she was worried "WAP" could "glamorize" having them as pets.

"My guess is that most people won't even see the Photoshopped cats in the scenes because the rest of it is so lurid," Baskin wrote while also voicing concerns about the animals' welfare. "I was happy to see that it does appear to all be Photoshopped. It didn't look like the cats were really in the rooms with the singers. In fact, probably most of the rooms were Photoshopped in via green screen."

Now though, Cardi herself has dismissed Baskin's statement in a new interview with i-D, explaining that she's "not gonna engage with Carole Baskin on that."

"Like, that's just ridiculous you know? Oh, Lord. Like, girl you killed your goddamn husband," Cardi then added, referencing speculation surrounding Baskin's alleged involvement in the 1997 disappearance of her husband Don Lewis.

However, Baskin wasn't the only critic Cardi had a few words for. While speaking on the pearl-clutching conservative backlash surrounding "WAP," the star admitted that while she was "really surprised by the reaction," she always encourages people "to be confident, especially when it comes to your sexuality."