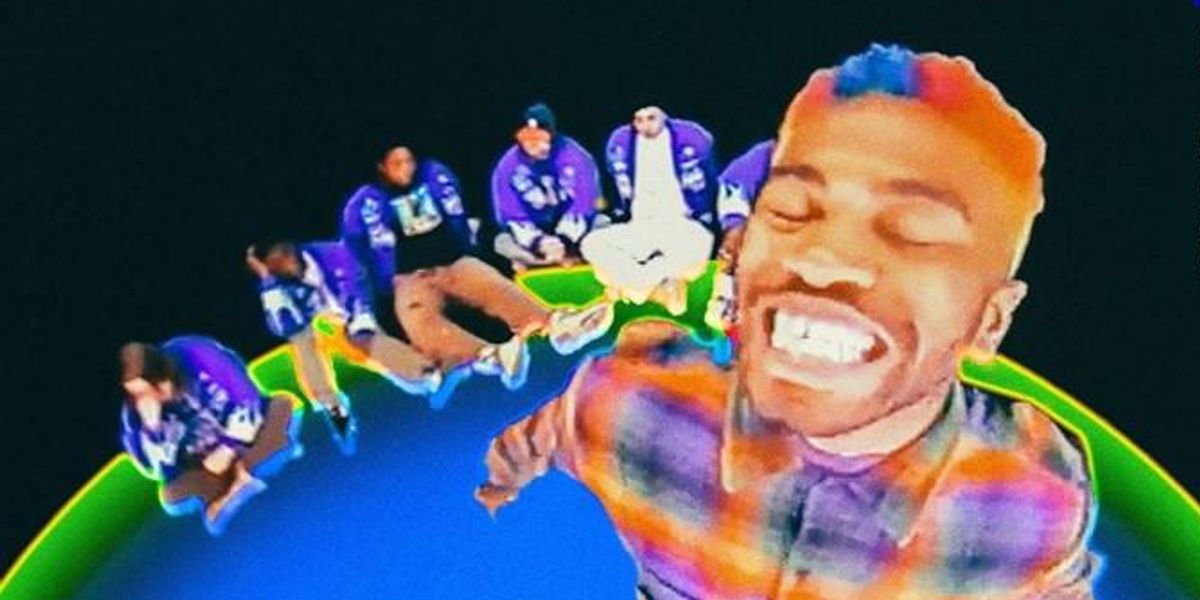 The boys of BROCKHAMPTON are back in action with their first new official single in almost exactly a year with "BUZZCUT."

Enlisting the talents of Detroit rapper, Danny Brown, "BUZZCUT" sees the boy band venturing back into banger territory after 2019's beautiful, but still thoroughly in-their-feels project, GINGER. Featuring in-house production and backing vocals from Jabari Manwa, Kevin Abstract and Brown trade verses with the former reflecting on the group's rapid ascent, and the latter spitting out bars about incels and Abbey Road.

The new single arrives alongside a trippy and chaotic visual directed by Dan Streit with creative direction from Abstract. In a swirl of saturated color, the video features the BROCKHAMPTON boys break out into an all out brawl with one another, puke green slime and flee in terror from Brown as he turns into a feral nightmare goblin. The whole thing plays out like a bad acid trip preserved on VHS, and it has us excited to see what else this new era of BROCKHAMPTON has in store.

BROCKHAMPTON's last official release saw the group team up with Dua Lipa for a remix of the GINGER cut "SUGAR." Since then, the band has hinted at the idea of a new album on the way, having uploaded and later removed a series of new songs in 2020. The BROCKHAMPTON camp has yet to formally announce anything, but a tracklist cobbled together from streaming services and social media for an album titled, ROADRUNNER NEW LIGHT NEW MACHINE, has been floating around reddit threads and fan forums for a while.

Watch the full video for BROCKHAMPTON's "BUZZCUT" with Danny Brown, below.