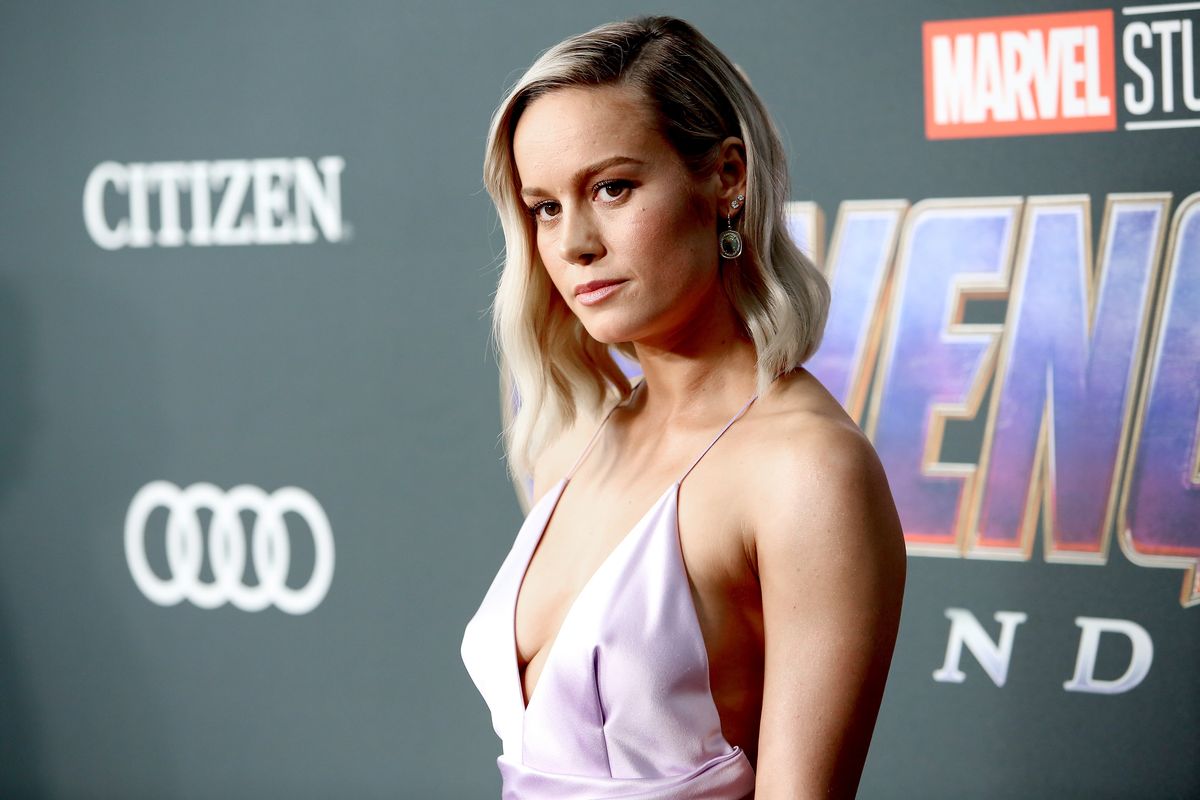 Brie Larson is an incredible actress, plays the kickass, all-powerful Captain Marvel, and in case you didn't know, she's also an incredible singer. And last night, she shared her talents via Instagram by covering Ariana Grande's "My Everything."

Larson posted the clip on her stories. It shows Captain Marvel in a black hoodie, playing the guitar while singing to the bop. She wrote, "@arianagrande Stan forever." And Ari also showed some love by sharing the video on her own stories.

A number of people are surprised to hear the actress have such a beautiful singing voice, but this shouldn't be news to anyone who's followed her career. True fans should know about Larson's not-so-secret past life as a pop-punk princess. She debuted an album with Casablanca Records — the same label that signed Lindsay Lohan — called Finally Out of P.E., which was released back in 2005.

According to a report by Billboard, she collaborated with songwriters like Pam Sheyne (Christina Aguilera's "Genie in a Bottle," Dream's "He Loves U Not") and Lindy Robbins (Demi Lovato's "Skyscraper," Fifth Harmony's "Miss Movin' On"). But unfortunately, sales for Larson's solo album weren't so good and her music career was short-lived. And after falling out of love with the music industry and a music career, she decided to pursue acting full-time.

While her acting has led to a successful, Academy Award-winning path, we still wish Brie would reconsider even a part-time commitment to music. Maybe regular song covers? A YouTube channel? Or maybe she can sing a track in her next Marvel movie? But, no question, if Captain Marvel were to drop an album right now we'd buy it in a heartbeat.