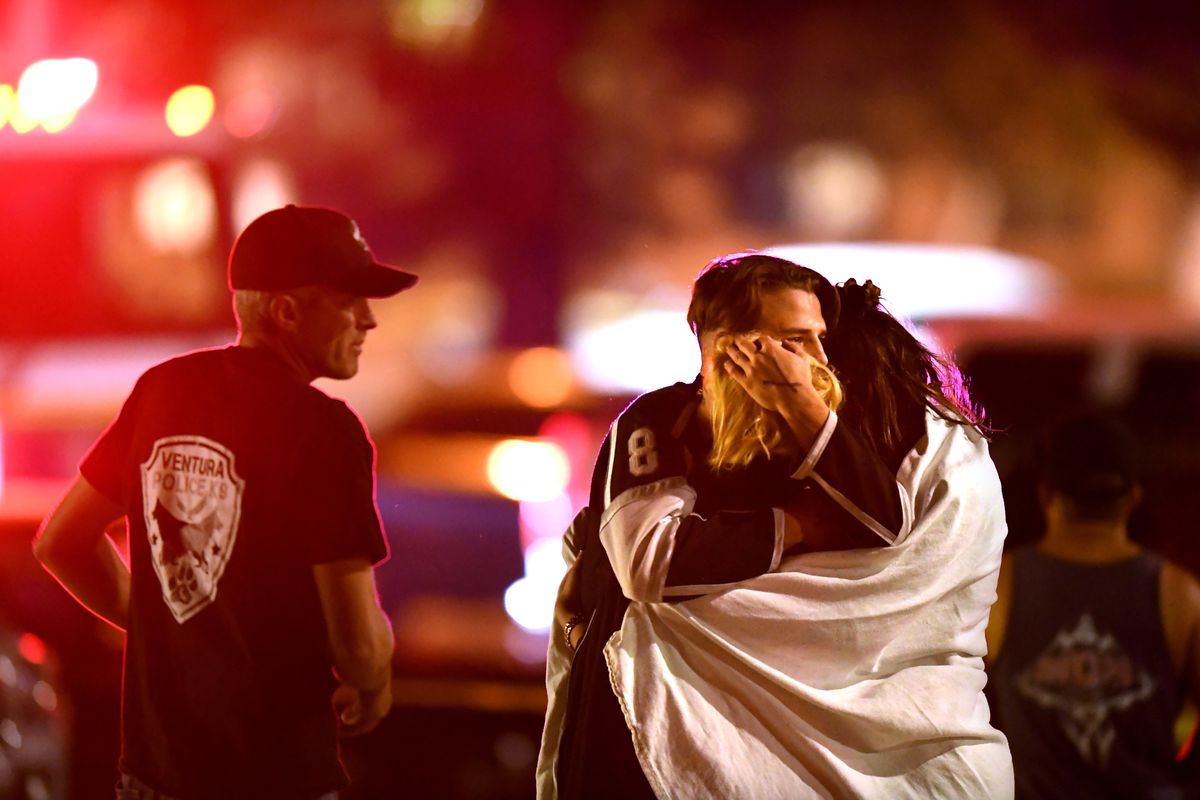 The news of today's horrific mass shooting in a Southern California country music bar that left 12 people dead, is deeply saddening and troubling. The 307th mass shooting to happen in the United States this year, these tragedies have become practically routine at this point.

The heartbreaking regularity at which these mass shootings take place became even more apparent when word broke today that survivors of the Thousands Oaks shooting had been through this exact same thing a little over a year ago. Molly Maurer posted on Facebook today "I can't believe I'm saying this again. I'm alive and home safe," after escaping the gunfire at Borderline bar last night referencing the fact that Maurer was among those at the Route 91 festival in Las Vegas, which was the site of the deadliest mass shooting in US history, leaving 58 people dead.

Jessica Maldoon, another survivor of the Las Vegas massacre, estimated that about 15 other survivors were regulars at Borderline too. "This hit way too close to home," Maldoon told BuzzfeedNews "what kind of world do we live in where someone can go through this not just one horrible time, but a second time just barely a year later?"

Another Route 91 survivor, Nicholas Champion, also said that he knew 50 or 60 others that were also in the building last night, "It's a big thing for us, we all are a big family, and unfortunately this family got hit twice."

Clearly, this is the new reality we live in. In the absence of any form of gun control or regulation, we can reasonably expect that more stories like these will become increasingly frequent. If you would like to find a way to help out, a GoFundMe has been set up for the victims, if you live in LA you can find ways to donate blood here, and make your voice heard by contacting your local representative here. This might be the perfect time to get to know your newly elected congressperson.