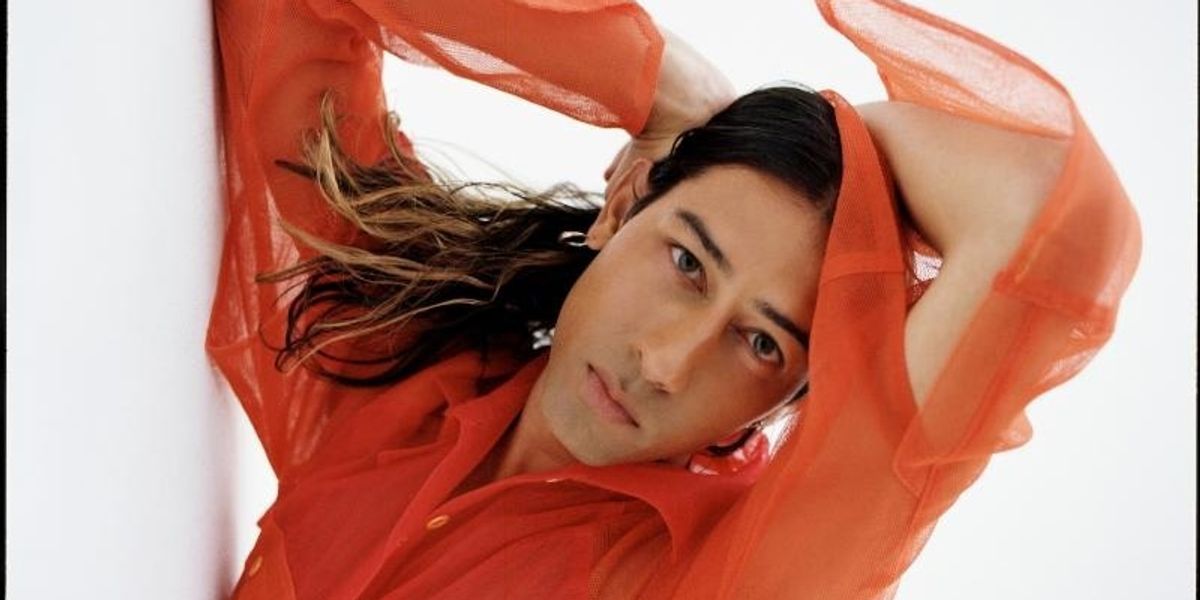 Nonbinary UK-based musician Kindness returns with "Raise Up" an uplifting anthem for equality. Their new songs blends virtuosic gospel flourishes, from piano to choral singing with thumping disco, lending a global sensibility to a powerful, unifying message. "Build your people, make them equal/ Raise up your different ones," goes the first verse. The song features vocals from Kindness and backup from Vuyo Sotashe, Amanda Khiri and Bryndon Cook, and was recorded in New York. "Raise Up" is the first taste of Something Like a War, Kindness' upcoming album, out September 6 on Female Energy.

Missy Elliott staged a surprise drop over the last 24 hours and we are still reeling from its impact. "Throw It Back" comes from her first body of work since 2005, an EP called Iconology. If you spend tons of time on the internet like yours truly, surely, you've seen the numerous memes circulating from the lead single's instantly-iconic video. The song, which rides a sea of deep bass and clattering percussion, finds Elliott in top form, switching her flow from breezy humble-brags to boisterous yelps within the same verse. By and large, though, "Throw It Back" is meant to make people feel good, which it does, while also reminding listeners old and new that Elliott has been here, making hits for Tweet before any of us could tweet. Respect!

Taylor Swift released her sprawling love-themed concept album today, the appropriately titled Lover. While Swifties and trolls alike dissect the many Easter eggs she tends to plant in her lyrics, wondering who each song is about, some of us are simply enjoying the latest installment of Taylor Swift as Celebrity Pop Star. "Cruel Summer," written with Jack Antonoff and St. Vincent's Annie Clark is a weirder, cooler entry in Swift's pop catalog thus far. In the hook, she rhymes "ooh-oh" with "cruel summer" with sky-high vocal curlicues, not dissimilar from how Clark employed vocal theatrics throughout her Masseduction album. (That was also co-produced with Antonoff, by the way.) Anyway, hearing Swift sing about the danger of falling hard in love with such '80s-tinged bliss is a refreshing feat. (There's even a Say Anything reference here.) And with just a few weeks of summer left, no less.

Yesterday, Lana Del Rey dropped her new double video (her first from the Norman Fucking Rockwell era) to "Fuck It I Love You" and "The Greatest." Both of these songs are great for different reasons, though both evoke familiar memories of loss related to love, culture, world evolution, and perhaps Lana's greatest muse, California. "Fuck It I Love You" is considerably lighter and sexier, backed by rhythmic drums and wordy verses that recall Lana's long-standing love affair with hip-hop. Of course, the whole thing is awash with reverb and psychedelic guitar, which feels more in tune with Lana's beach-bum aesthetic of late. "The Greatest" is something of an apocalyptic power-ballad. "Don't leave me I just need a wake-up call," she sings as the drums rash and the guitars roar around her, well-aware that time is running out for us all. "LA's in flames, it's getting hot." With either these songs, it depends on what you're craving: orgasmic depression or calm acknowledgment of the end of the world as we know it? Why not both?

Following critical acclaim for her powerful messages of individuality, Bree Runway's remarkable debut EP, Be Runway, is now available to stream, here. As a whole, the collection features upbeat, empowering anthems that cross-reference hip-hop, glitchy electronica, R&B, and hyper-modern pop. No matter what your flavor, Be Runway actually offers a little something for everyone. To honor this week's video release for "All Night," we've decided to add the sexy new single to this playlist. The song, which cruises on acoustic guitar and Bree's sensual singing, features lyrics such as: "Pick me like a flower that's in your garden." It's also a smooth, grounding centerpiece for an EP that deftly tackles the politics of unequal wealth distribution ("Big Racks" with Brooke Candy) and owning her Blackness (the frenetic "2ON").

Ashanti returns with a Afrobeat-inspired song called "Pretty Little Thing," enlisting UK dancehall sensation Afro B. The song is a flirty, summery bop in which Ashanti pledges endless love and pleasure to the apple of her eye. Furthermore, Afro B and Ashanti sound great together. "Pretty Little Thing" is also sponcon for Pretty Little Thing, the online retailer for which Ashanti just designed a swimwear collection. But if you can remove cynicism from the idea of an indie artist making music that goes with her fashion partnerships, there is plenty to love here. Why not?

This song is already iconic to begin with, in part because the Bay Area's Saweetie brought a fresh spin to Petey Pablo's "Freek-a-Leek" classic, blending the worlds of West Coast and Southern rap. Now, Saweetie's breakthrough, high-energy hit has just gotten more epic, with Jhené Aiko adding a sexy half-rapped/half-sung verse and City Girls' Yung Miami coming in hot. The updated track features harder bass alongside the addictive "Freek-A-Leek" synthline, primed to capitalize on hot girl summer and make asses clap around the world. I'd be not at all surprised in this remix helped the song climb into the top 10 on the Hot 100 chart.

Mariah the Scientist, an Atlanta-based R&B singer, songwriter, and producer, releases her debut project, Master, today. The songs collectively tell a story about relationships that rule the narrator, before she takes power back and reclaims mastery of her own life. Tory Lanez executive produced the project, but didn't stand in the way of Mariah's singular vision, executed through peerless songwriting, emotive vocals, and flashes of '80s-inspired production. On album opener, "Note to Self, she spells out her habits in love, literally. A spelling of the word "destructive" counts as a hook, while she realizes she didn't know love existed. Then this: "Now they tellin' it's within myself." The rest of the album explores Mariah's journey to find the love she has within for herself, when all else fails.