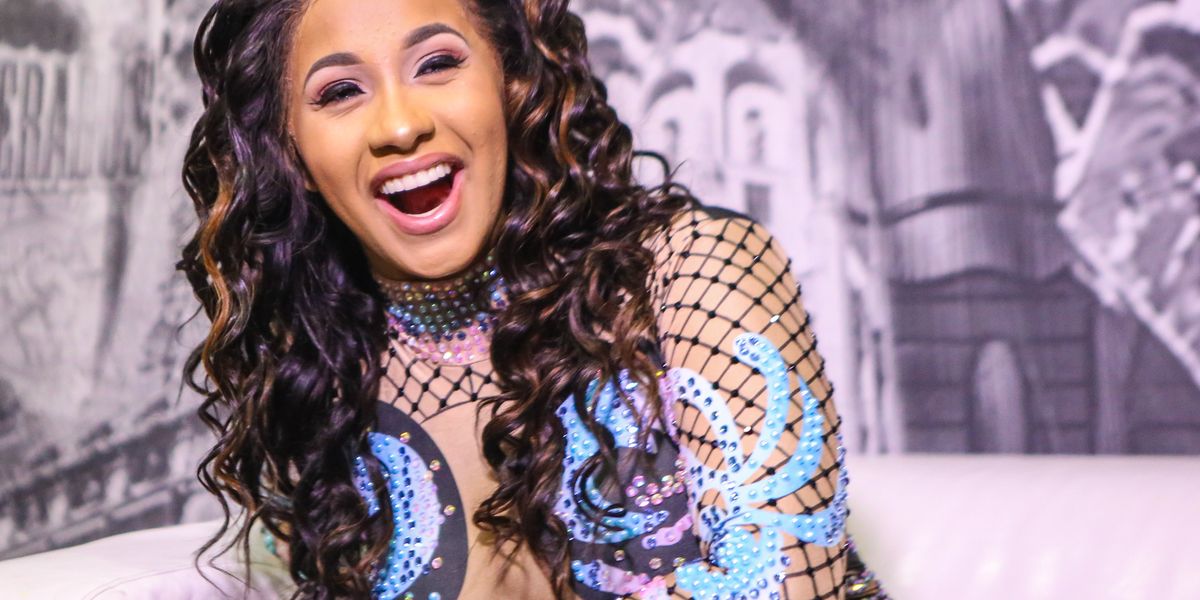 It's been a year since the mainstream music scene has been blessed by "Bodak Yellow" and Cardi B.

Last year, on June 16th, major record company Atlantic Records debuted Cardi with the hit single which she had written and recorded herself. Since then the track — which was inspired by Kodak Black's "No Flockin'" — has been nominated for two Grammys for Best Rap Performance and Best Rap Song, won Single of the Year at the 2017 BET Hip Hop Awards, and remained at the top spot on Billboard 's Hot 100 for three consecutive weeks. The iconic song was also the first from a solo female rapper to top the charts since Lauryn Hill's "Doo Wop (That Thing)" in 1998.

Cardi B posted on Instagram in honor of the chart topper's anniversary. "I wanna give a special Happy Birthday to my baby BODAK YELLOW. You changed me life and made people give me a chance," she captioned. "No matter how many times i listen to you i will always love you ❤️❤️❤️❤️BODAKYELLOW💛🖤💛🖤💛BITCH IM WHO THEY TRINNA BE😤😤😤...I cant believe is been a year 😩You grew up soo fast."

CARDIVENOM on Instagram: “I wanna give a special Happy Birthday to my baby BODAK YELLOW.You changed me life and made people give me a chance.No matter how many times…”

The song, which openly discusses the Bronx native rapper's rise to fame since leaving her job as a stripper, became an anthem for New Yorkers that summer. With its simple beat, synth sounds, and the catchy lyrics laid over, the bop played a big part in making Cardi B a household name before she even released an album. And, to this day, people still go crazy when it plays in the bars and clubs all over the country and the world.