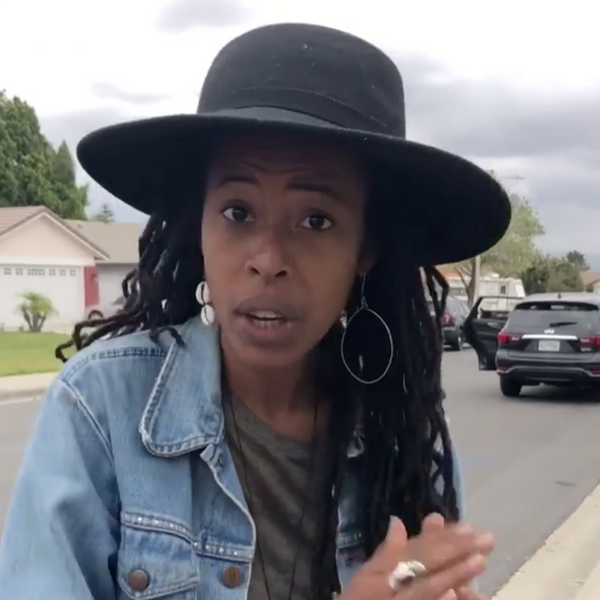 Donisha Prendergast, a 33-year-old filmmaker and granddaughter of Bob Marley, is suing the Rialto Police Department after she and her two friends, Kells Fyffe-Marshall and Komi-Oluwa Olafimihan, were suspected of burglary while leaving their California Airbnb. The three women were moving their suitcases from the house to their car when a neighbor called the cops because she saw, "three black people stealing stuff." The neighbor said she decided to call the police in part because she waved at the women and they didn't wave back.

Prendergast posted about the event on Facebook and Instagram, writing, "Got surrounded by the police for being black in a white neighbourhood. Smh... I'm sad and irritated to see that fear is still the first place police officers go in their pursuit to serve and protect, to the point that protocol supersedes their ability to have discernment. Many have suffered and died in moments like these. That's a crazy reality check. Give Thanks for life, and the ability to stand our ground."

The Rialto Police Department has released the body cam footage from the police officers involved in the incident in an attempt to show that the event was not racially motivated. The owner of the Airbnb has also made a statement saying, "If the kids had simply smiled at [her neighbor] and waved back and acknowledged her and said, 'We're just Airbnb guests checking out,' none of this would have ever happened. But instead, they were rude, unkind, not polite."

The statement implies that black people have to be polite in a specific way in order to be deemed worthy of human decency and respect. It also doesn't address the fact that the neighbor's reported comment to the police was explicitly racist.

The news comes after a number of highly-publicized cases of racial profiling. An employee at a Starbucks in Philadelphia recently called the police because two black men waiting for their friend in the institution hadn't bought anything. The police forced the men to leave in handcuffs for doing something most nonblack people do on a daily basis without repercussions. And just this week, a white Yale student called the cops on Lolade Siyonbola, a black graduate student who was taking a nap while studying in her dorm's common room. She was forced to prove she lived in the building, a tedious and demoralizing experience.