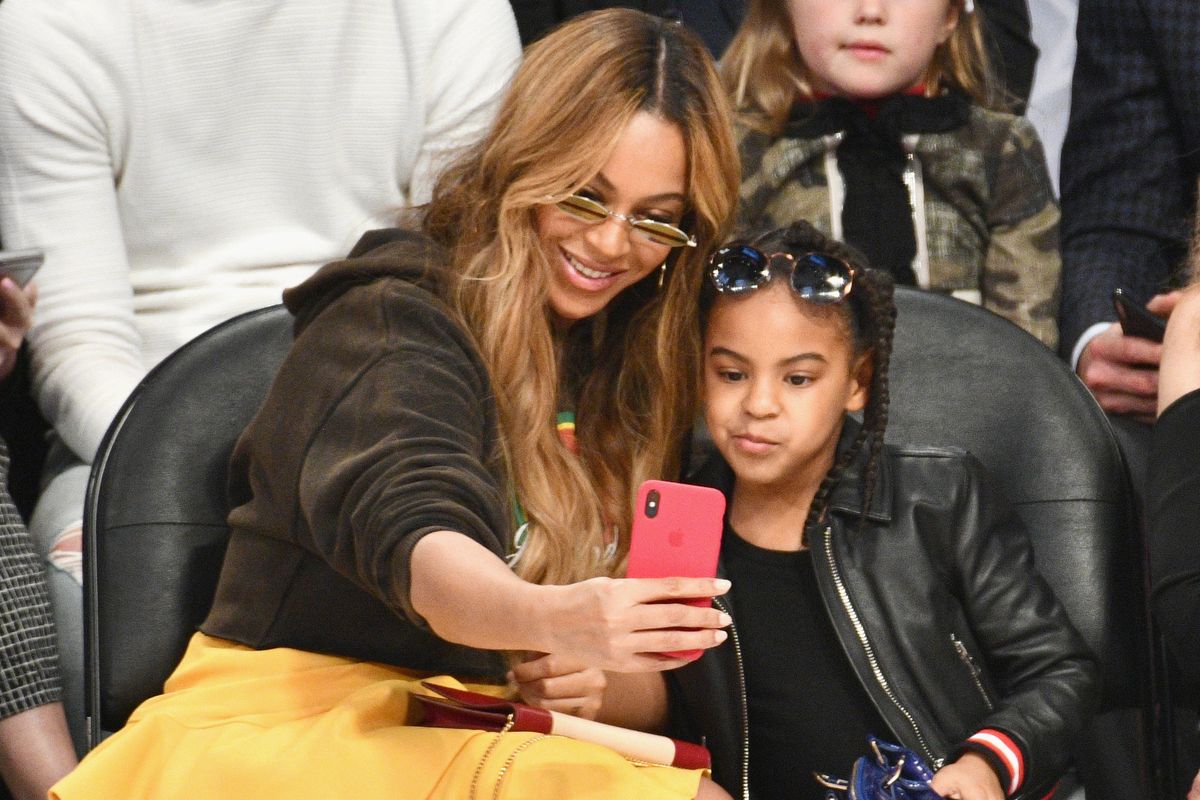 The most celebrity child in America is also great dancer. This revelation arrives via the new teaser for Homecoming, the Beychella documentary coming to Netflix, in which Blue Ivy Carter makes a show-stealing cameo.

The teaser is the first we've seen for Netflix's forthcoming "in-depth look at Beyoncé's celebrated 2018 Coachella performance from creative concept to cultural movement," which was announced this weekend via a mysterious Twitter post. Narrated by one of Maya Angelou's last interviews before her death in 2014, we see an intimate montage of Bey in the gym, at fittings, in make-up sessions and directing a full ensemble rehearsal, plus lots of intimate, playful BTS shots.

In an extremely charming clip, Blue Ivy, then six years old, mimics Beyoncé and her horde of back-up dancers' choreography, whipping her braids around while seated, looking like she's been doing it all her life (which she probably has). With the talent in her lineage, it makes sense Blue Ivy has rhythm, but holding her own amongst professional back-up dancers at age six? A star has been born.

Later in the teaser we get to see Bey cuddle and play with Rumi and Sir, hinting that Homecoming might include a closer look at Carter-Knowles family. Hopefully we'll get to see more of Blue's moves in the film, which is out on April 17.