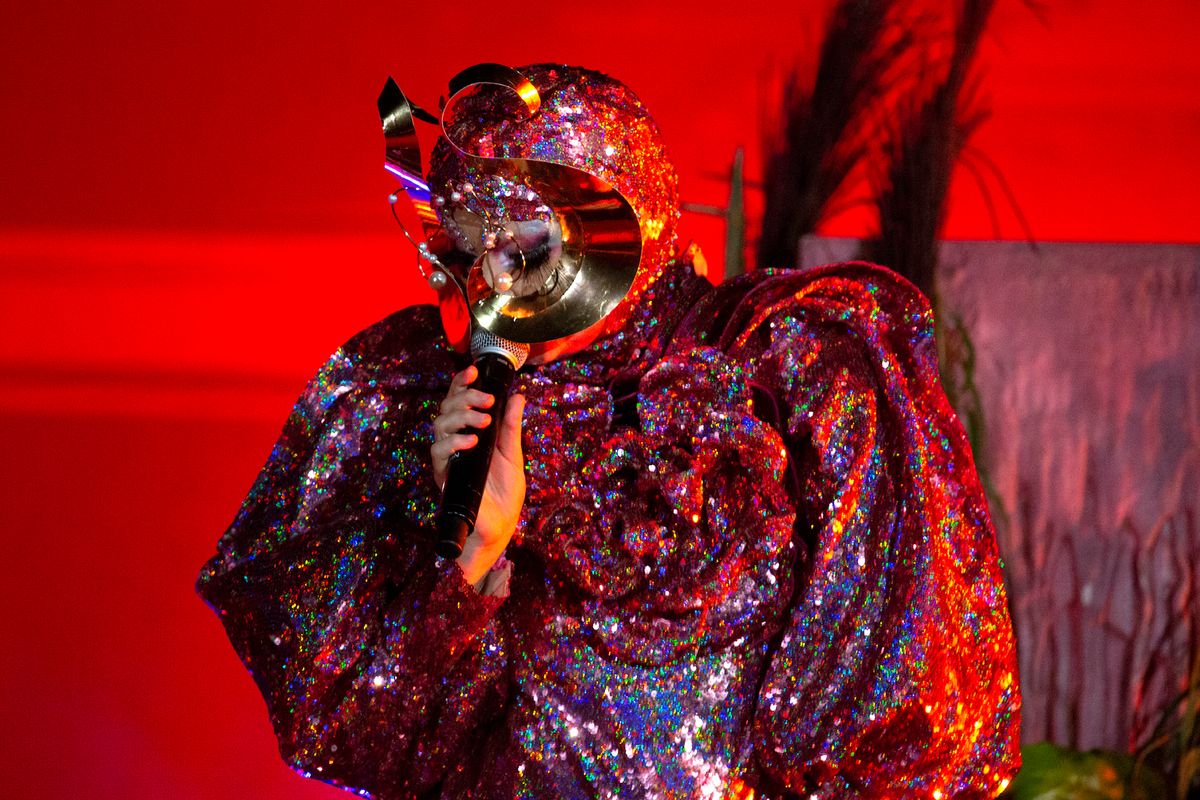 Last night, Björk performed at Terme di Caracalla, the ancient public baths in Rome that now operate as an open-air theater. For her show in the peculiar venue, the Icelandic singer went with an equally idiosyncratic, sequin-strewn Gucci gown. With undulating leg of mutton sleeves and a fitted hood, the custom pink dress features a winding floral detail, referencing designer James Merry's orchid-like headpieces for the star's tour.

Informed by the Björk's desire to transform herself and her troupe of flautists into enchanting sci-fi figures, Merry's intricate, handmade fascinators capture her album Utopia's neo-mystical vibes. In keeping with that theme, the singer's made-to-measure Gucci ensemble makes her stage presence all the more enchanting.