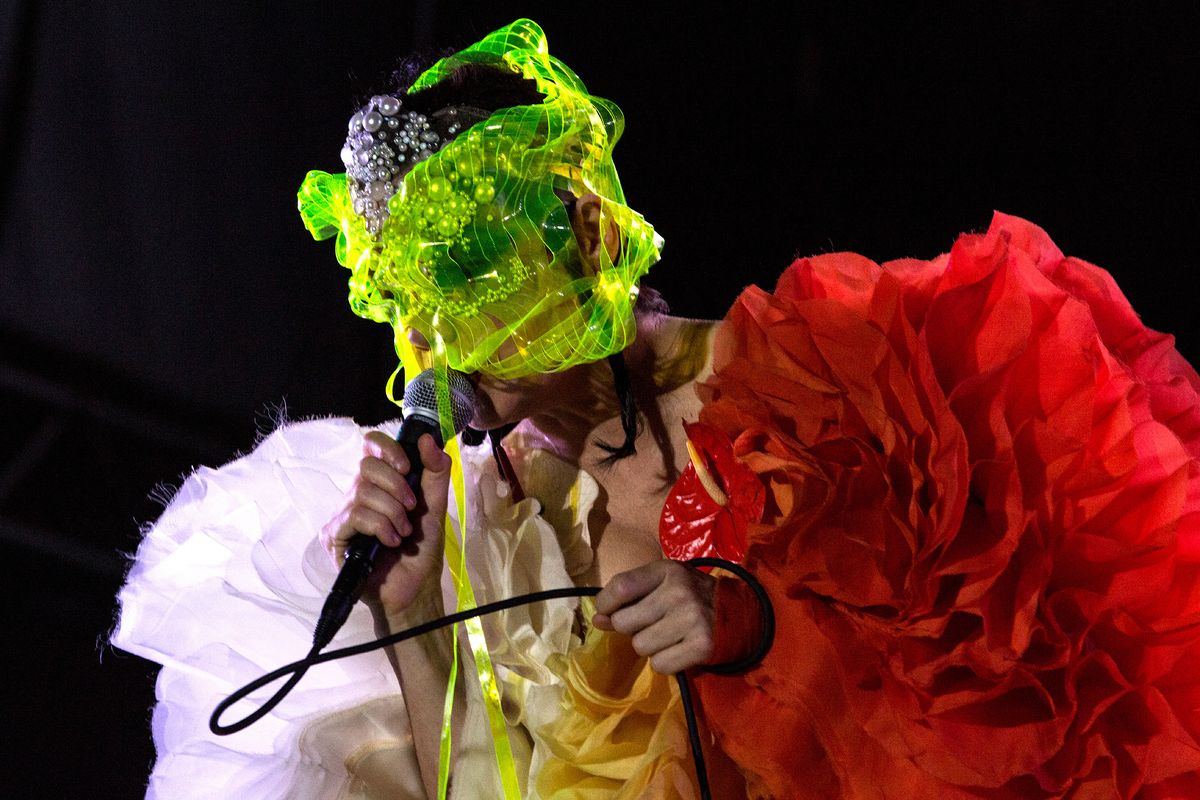 Björk, low key volcano goddess and original inspiration for Frozen, has been teasing us mercilessly with killer photo shoots and promises of a new album (her "Tinder record") for several months now. She delivered a music video for her Vulnicura heart-stopper "Notget" with a quintessentially Björkian cave creature motif last June, but we haven't heard anything yet from the "Björk gets her groove back" era. All that is set to change. Following up an announcement that her new album was available for pre-order and "coming soon," Björk announced a September 22nd release date for the album's first single, "The Gate" with some instantly iconic cover art. Sad biomorphic Hellraiser Björk is out, and ethereal rainbow prism birdangelinsect Björk is in! Rejoice!

On the vinyl pre-order page for "The Gate" on her label's website, Björk describes her new song as a reflection on the re-discovery of love after heartbreak:

'the gate is essentially a love song, but i say 'love' in a more transcendent way. vulnicura was about a very personal loss, and i think this new album is about a love that's even greater. it's about rediscovering love – but in a spiritual way, for lack of a better word.'

Our bodies, spirits and eyeballs are ready for this, and we'll be waiting patiently in a bathtub filled with pearls until September 22nd.