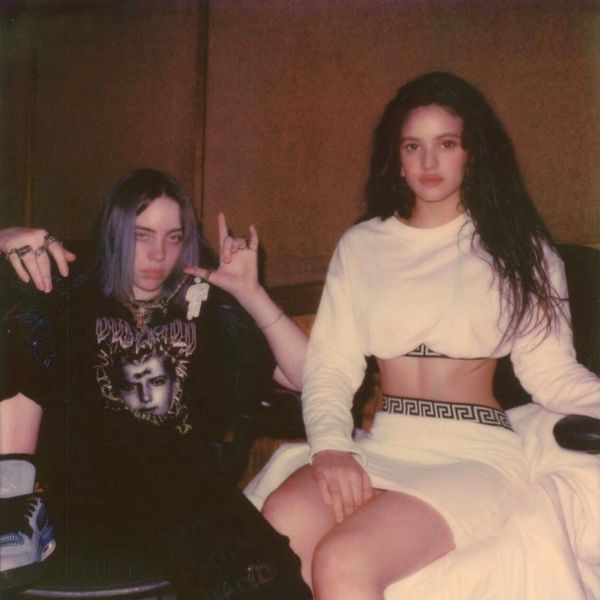 Rosalía and Billie Eilish Have Recorded a Collab

We are living in an era where genre isn't just irrelevant, but where artists seek favor by mixing the most unlikely styles — and artists — together. As such, neo-flamenco-trap singer Rosalía and goth-pop-ASMSR teen phenom Billie Eilish have recorded a collab together.

The pairing actually makes more sense than you'd think. Everyone's on the Rosalía train now, but Billie was an early supporter, starting with "Malamente."

Related | Rosalía Is the Voice of the Future and the Past

"When I released 'Malamente,' Billie was one of the first huge artists who shared the video. She has been there from the onset," Rosalía told Billboard in her new cover story. "Billie and I had a session together, totally independent from her other projects. We wrote with her at the piano. We created a great idea for a song and had a great time."

Back then in March, she tweeted a photo of Billie captioned with "Can't wait to finish our song," and (in Spanish): "to share the studio with you and to see you working yesterday inspires me sooo much, love you B."

While Rosalía's collaborated with huge Latin stars like J. Balvin, El Guincho and Ozuna, James Blake is the English-language artist she's worked with so far. She was a feature on his Assume Form track "Barefoot in the Park."

A track with Billie will represents a new branch on the Spanish artist's tree. And of course, a joint effort by the pop revolutionaries is iconic. But what the hell will it sound like?

Will it be a Rosalía track with Billie vocals? Or a Billie track with Rosalía vocals? Or will it split the difference: a trap song plus Spanish guitar, plus piano plunks, horror synths and Rosalía and Billie duetting about wanting to die?