In the second season of HBO's Big Little Lies, we're reunited with the wealthy and complex Monterey moms (played by Reese Witherspoon, Nicole Kidman, Shailene Woodley, Zoe Kravitz, and Laura Dern), as they deal with the aftermath of the murder of Celeste's (Kidman) abusive husband Perry. The group, now inauspiciously known throughout the town as "the Monterey Five," are bonded by their shared dark secret—Bonnie (Kravitz) killed Perry in a moment of defense when he began attacking Celeste and the others.

The women are coping with the events from that fateful night in different ways. Madeline (Witherspoon), the group's slightly domineering HBIC, is carrying on as usual, going claws out with the school principal on the first day of second grade. Celeste, plagued by memories of her dead spouse, has to deal with her invasive mother-in-law (Meryl Streep), who either doesn't know or refuses to believe Perry was a rapist and an abuser. Bonnie, racked with anxiety and guilt from the murder, becomes withdrawn from both the group and her husband. 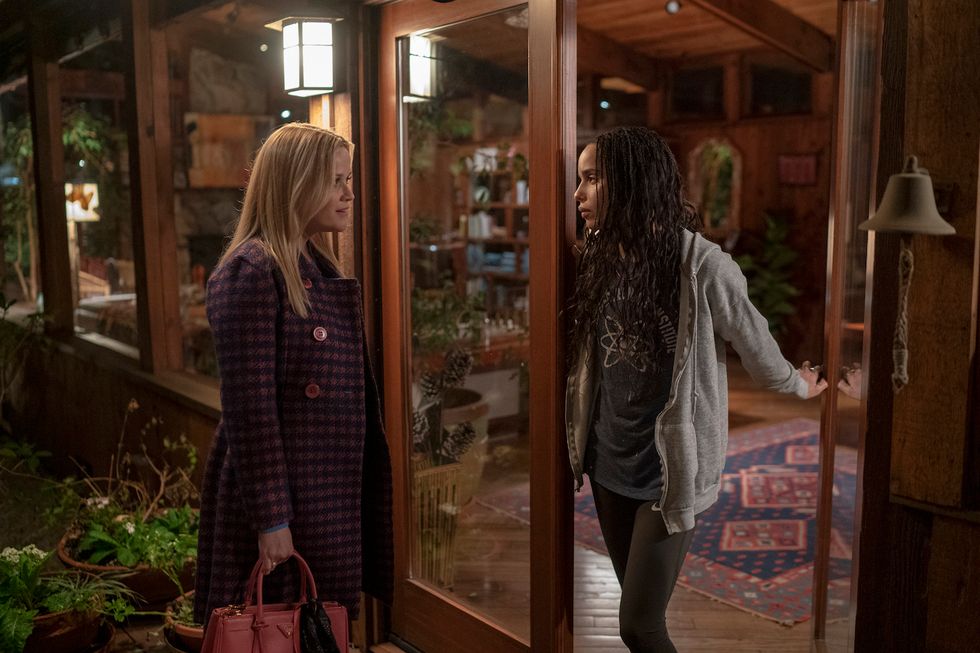 Michelle Radow, the makeup department head of Big Little Lies' second season, says all of these changes will bring "aesthetic evolutions" for the matriarchs. "You'll see some shifts in color palettes, makeup deconstruction, and sometimes more makeup, to help visually tell the story," Radow says. "Some are subtle, while others are more obvious to viewers." Radow, who worked with a team of 10, including the lead actresses' personal makeup artists, says she had fun experimenting with actress Kathryn Newton, who plays Madeline's teenage daughter Abigail, on new looks. "We explored with more makeup, mascara being super chunky, a little overdone, chipped polish colors, and layering colors over one another." 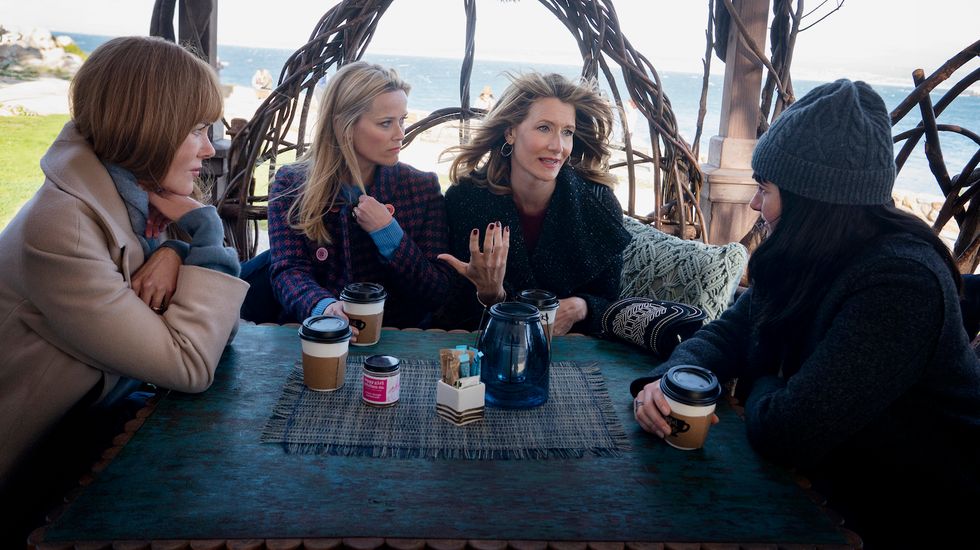 Radow, who has also worked on Sharp Objects, SMILF, and The Affair, always makes sure she brings along her holy grail products whenever she's filming. For pre-makeup prep, she turns to Dermalogica Daily Resurfacer to buff the skin. "It's gentle enough to use daily, it's a leave-on and creates the perfect canvas for makeup application." When it comes to foundation, Radow has a few go-tos: Face Atelier Ultra Foundation Pro Color adjusters, which she uses to do custom shade-matching, and her Temptu airbrush and Perfect Canvas Hydra Lock foundation. "The machine fits in my set bag; I can custom mix any foundation color in the Pro pods and take it with me to set," she explains. She also likes the Benefit Cosmetics Hello Flawless Powder Foundation. "These pressed powders have crazy good pigment, glide on smooth, and don't crease throughout the day. They are perfect for areas like the chest or ears that often pop too red on camera." 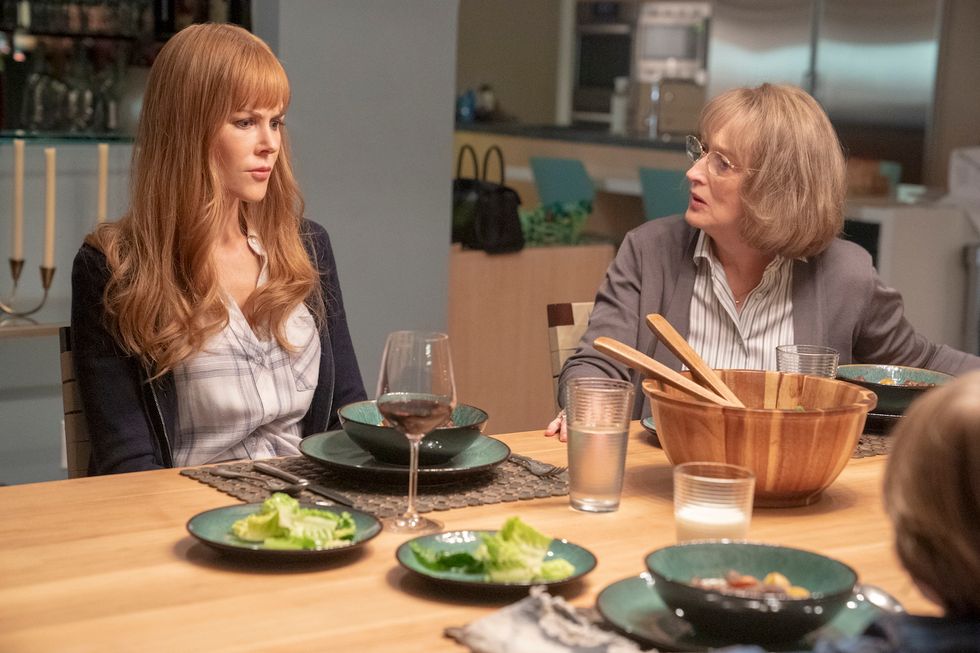 She also points out how the actresses she's worked with are good sources for new makeup inspiration. Merrin Dungey, who plays the detective following the Big Little Lies women around this season, introduced Radow to Estée Lauder Double Wear Stay-in-Place Foundation. "It melts into the skin brilliantly and the color choices are superb," Radow says. Ruth Wilson, who worked with Radow on The Affair, introduced her to the magic of jade stones and rollers a few years ago. "I keep them in the freezer so they are extra cold in the AM before makeup application," she says. For setting powder, Radow likes Chanel Natural Finish Loose Powder, which was introduced to her by Sharp Objects actress Patricia Clarkson. Of the powder, Radow says, "It's ultra fine and sets makeup beautifully."

When it comes to random on-set memories, Radow recalls a certain music performance that happened during the filming of Sharp Objects. "There was an impromptu rap and dance session to Eminem's 'Without Me' with the cast, including Amy Adams (Camille) and Eliza Scanlen (Amma), in the makeup and hair trailer," she says. "We knew all the words and laughed and danced together. The makeup and hair trailer was a very happy and goofy place."

As for Big Little Lies, one of her favorite moments had to do with fake teeth. Nicholas and Cameron Crovetti, the twin boys who play Celeste's (Nicole Kidman) sons, had to wear flippers, or fake teeth, for continuity, since they and some of the other kids were at the age of losing teeth. Apparently, the twins liked to play tricks on the makeup team and would mix up their teeth, pranking them every time.

Radow says one of her favorite makeup moments was when she designed the kids' looks during a party scene — it involved seven tubs of glitter as well as custom-made stencils and paints. "The kids loved it, they eagerly lined up everyday and hung out in the trailer to watch each other get their makeup done," she says.