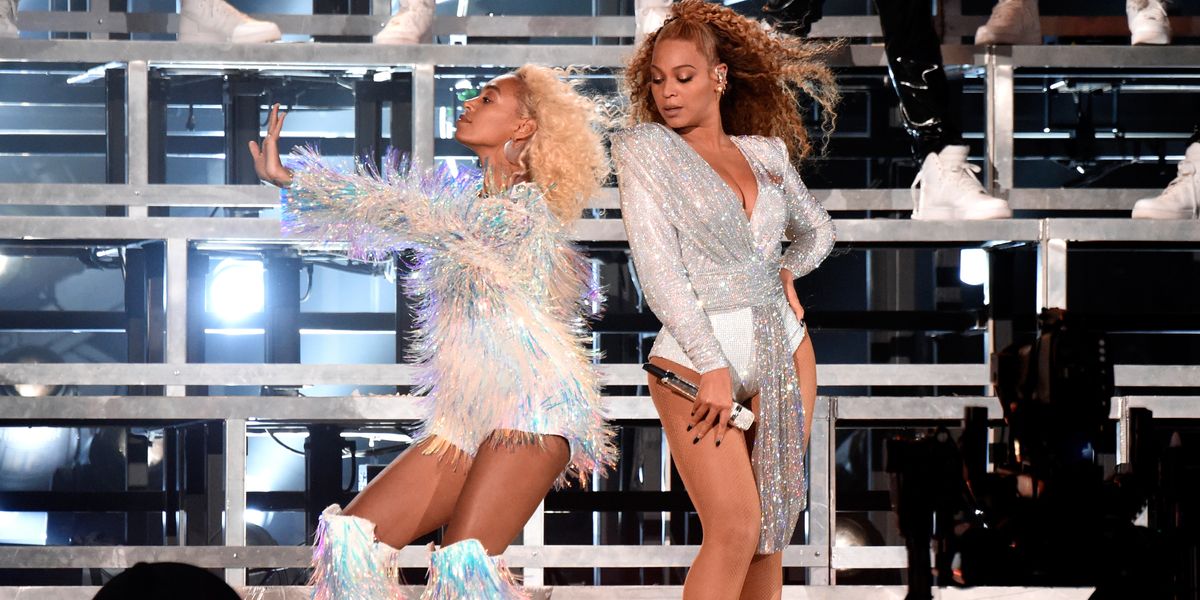 Weekend Two of Beychella brought another majestic Beyoncé performance, though this one unfortunately wasn't livestreamed for the masses like the first one. The ever-growing Beehive had to rely on social media for images and videos of the concert, and luckily fans delivered with plenty of footage. Bey mostly performed the sang songs as the weekend prior (which makes sense given it was a medley that traveled through much of her catalogue) and brought out many of the same guests, including husband Jay-Z and sister Solange. It was the latter who ended up having an adorably candid moment with the Queen, as Bey tried and failed to pick her up on stage and the two fell to the ground laughing.


Another fave moment was when Bey tried to pick up Solange and they fell lol https://t.co/VWhkJqHXqS
— queen miskeen (@queen miskeen)1524389799.0


Beyoncé tried to pick up @solangeknowles at #Coachella tonight and they both fell on stage. 😂💖 #TooCute #Beychella https://t.co/8zR1Lq9pIM
— BEYONCÉ LEGION (@BEYONCÉ LEGION)1524390271.0


Image via Getty
You May Also Like
Break the Internet ®