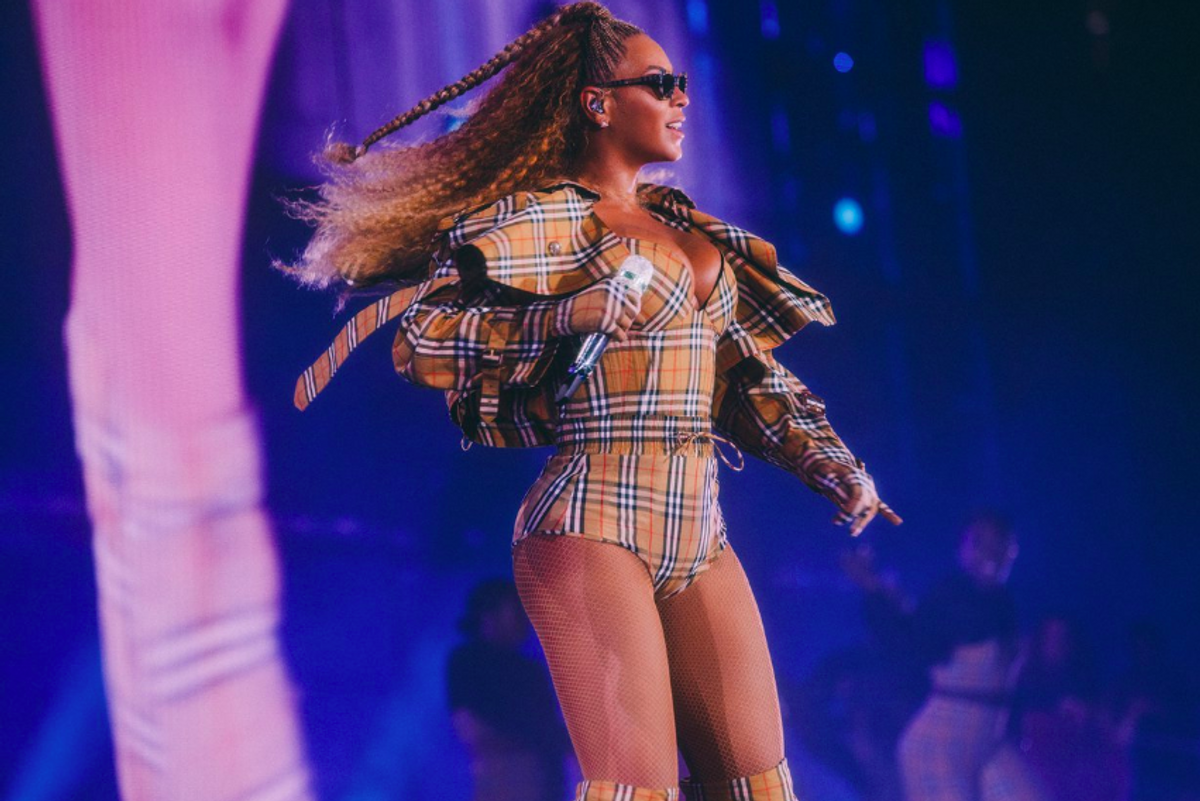 Ricardo Tisci will present his much-anticipated debut collection for Burberry at London Fashion Week next month. Appointed to the house back in March, the Italian designer has already announced a collaboration with Dame Vivienne Westwood and introduced a new logo and monogram for the English brand. In another momentum-building move, Tisci created a bespoke look for Beyoncé's "On the Run II" tour performance, giving us a teaser of what's to come.

While performing on stage at the MetLife Stadium in New Jersey this Friday evening, the star wore a bodysuit, cropped jacket, mesh gloves, and thigh-high boots with taupe fishnet stockings. Each piece in the star's ensemble was covered in the brand's vintage check pattern, signaling that the heritage motif isn't disappearing under Tisci's reign. Marking the designer's debut on the global stage, Beyoncé's sexy tartan look deviates from the sharply-tailored raincoats and vintage British military-inspired silhouettes shown by the brand under Christopher Bailey's tenure.