The Best Fashion Campaigns for Spring 2020

Now that we've entered the start of a new year, the Spring 2020 campaigns are beginning to trickle in from all over. First shown on the runway last September, many of the clothes in these campaigns will begin to hit stores this season. Meanwhile, the ads are fronted by everyone from famous faces and brand ambassadors to up-and-coming models alike. From Patou's first campaign under its new creative director to the resplendent actor Jodie Comer posing for Loewe, here are the best campaigns for Spring 2020 so far. 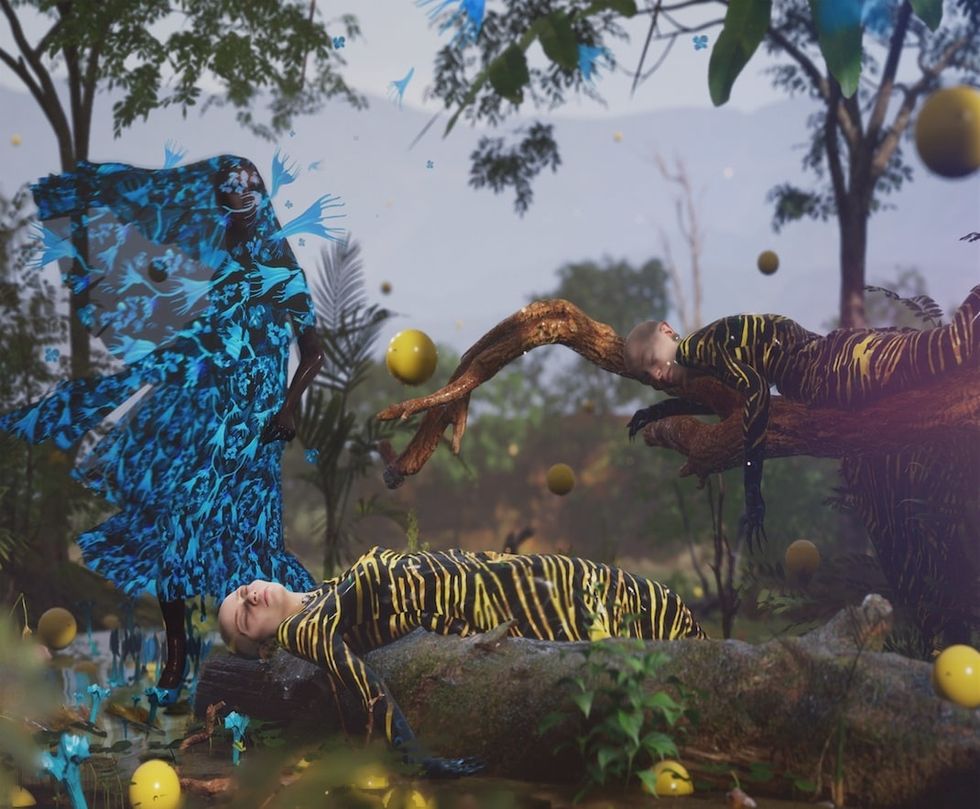 Marine Serre teamed up with creative studio Actual Objects for her SS20 campaign that takes form in a 4-part video series blending CGI and AR graphics titled "Marée Noire," which translates to "Oil Spill." The frames depict four post-Apocalyptic communities (EDEN, THE DROUGHT, BEACH and PASS) with the concept of pipelines running throughout, themes of which she explored in her most recent show in Paris. Click here to watch the surreal short film. 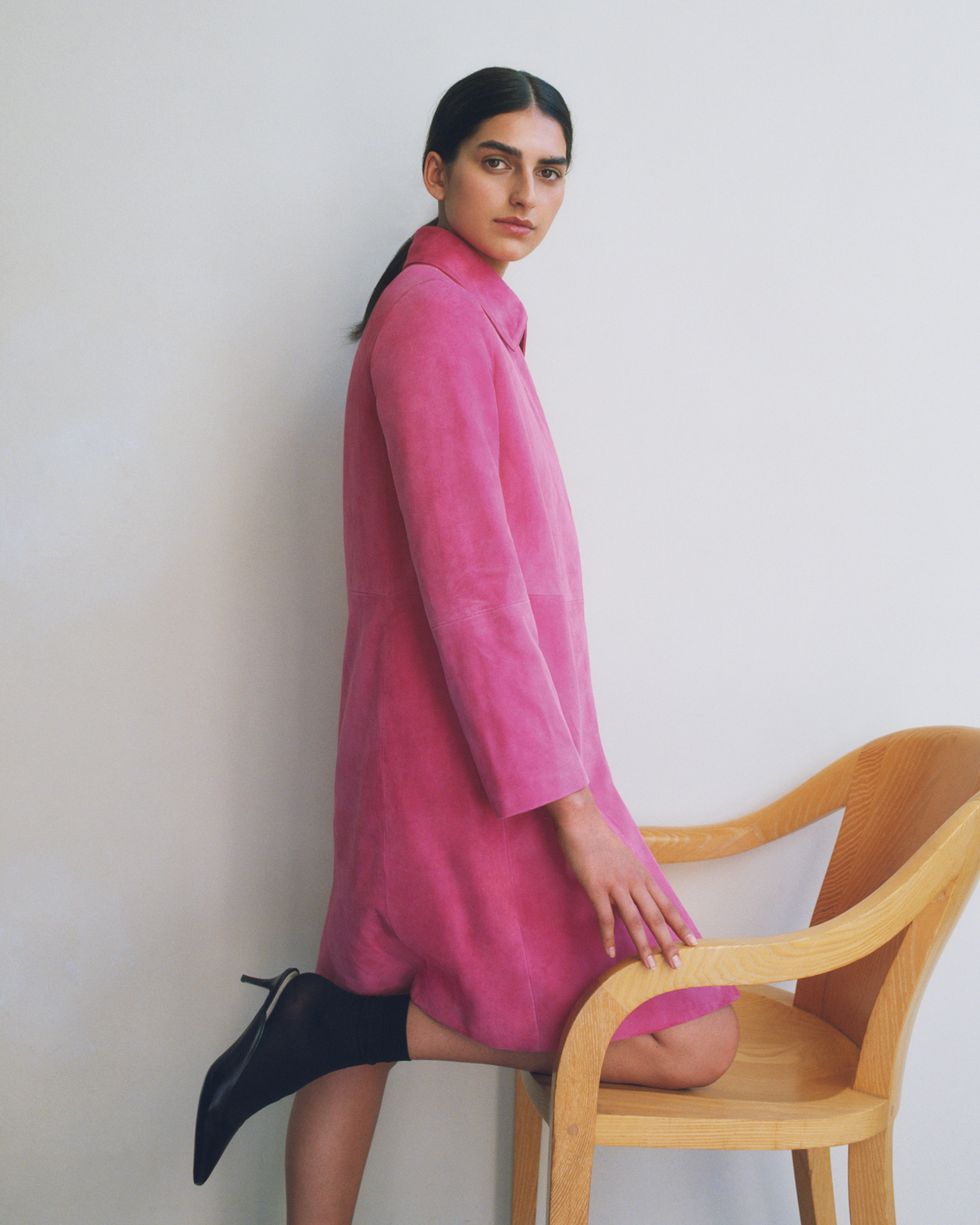 Theory's signature minimalist ease and relaxed take on tailoring is front and center in the brand's Spring 2020 campaign, shot by Zoe Ghertner and styled by Ludivine Poiblanc. The images capture the collection's neutral color schemes as well as some pops of color against a stark backdrop and wooden chairs, putting an emphasis on the purity and refinement of the lightweight clothes. 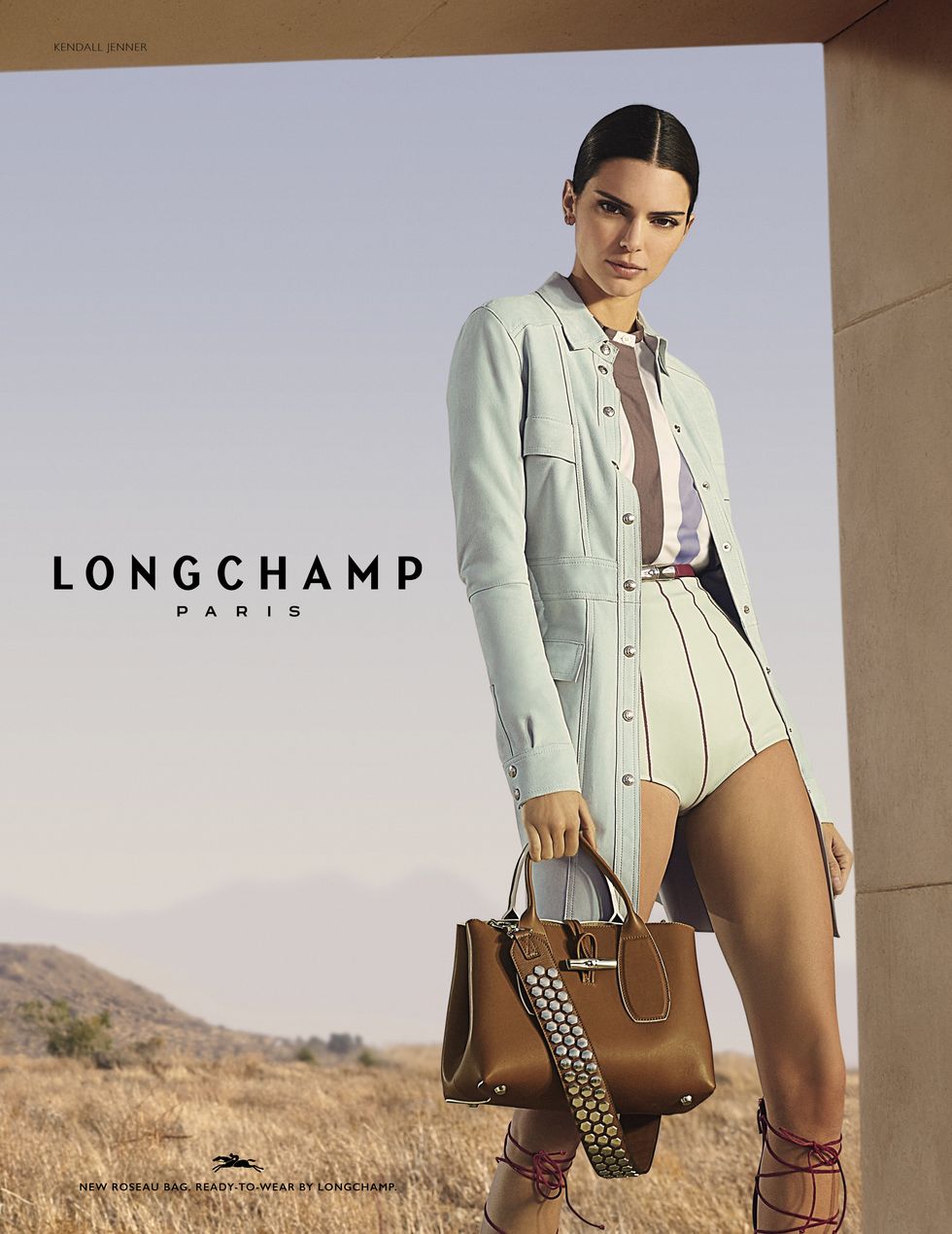 At Longchamp's Spring 2020 show in New York last year, Kendall Jenner sat out the runway and instead opted to take in the show from her front row seat. However, she is front and center for the brand's fashion campaign, where she sports a variety of leather looks and airy pastels from the collection, which was inspired by the solar journey from dawn to dusk. (The images were taken outdoors in the Californian desert in the beginning, middle, and end of day.) In addition, Jenner sports Longchamp's popular Roseau bags, which ia rendered in a new miniature size this season. 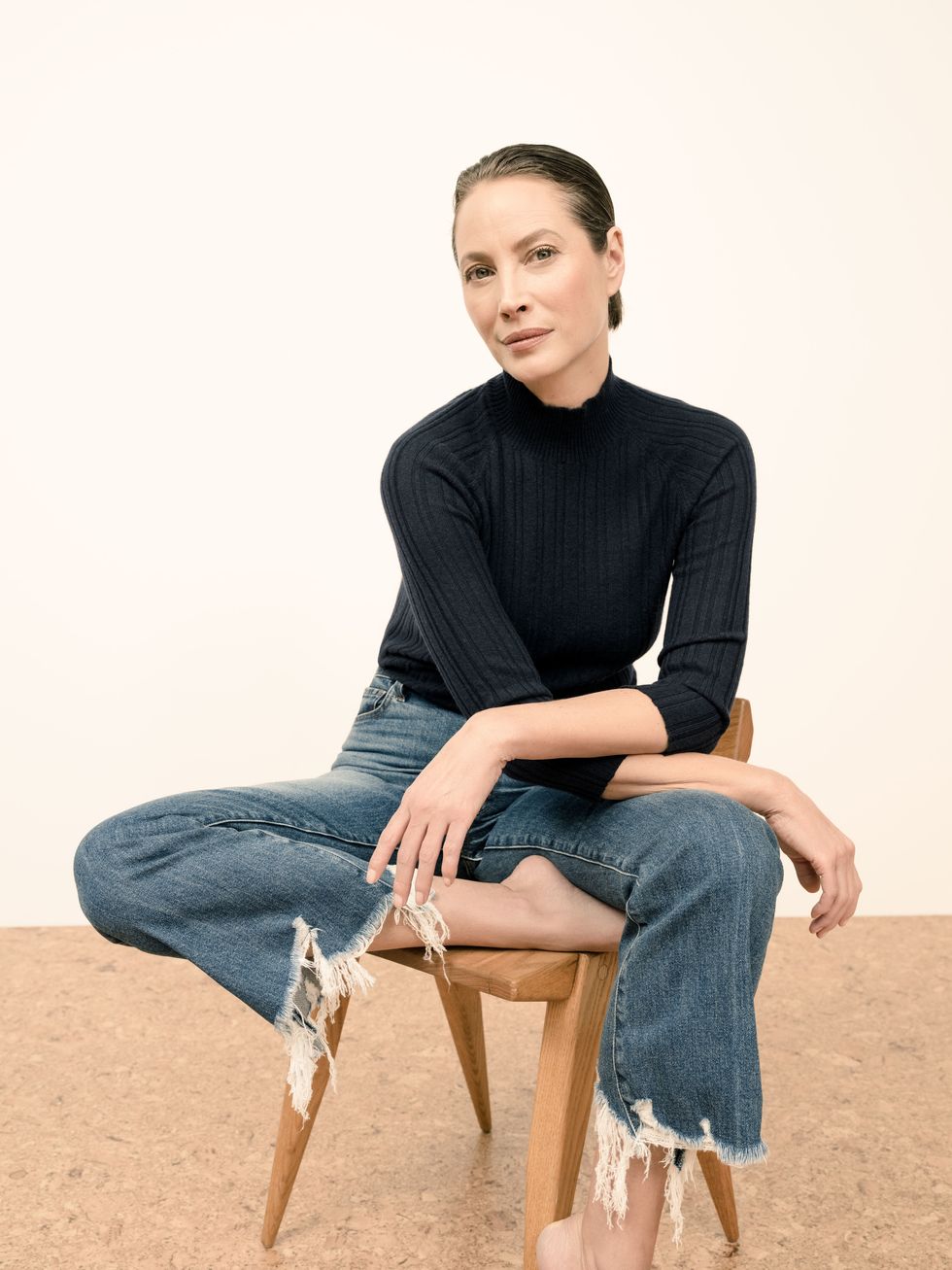 Supermodel Christy Turlington Burns stars in the intimate and natural portraits for J Brand's Spring 2020 campaign, which was lensed by Matthew Welch and styled by his wife Karla Welch. The images capture Turlington Burns with minimal makeup and slicked back hair in a variety of jeans by the brand, including wide-leg and bootcut styles in indigo and medium blue washes. In addition, the campaign spotlights jeans that are free of harmful chemicals and made with 90% less water using the J Brand's propriety Eco Wash process. 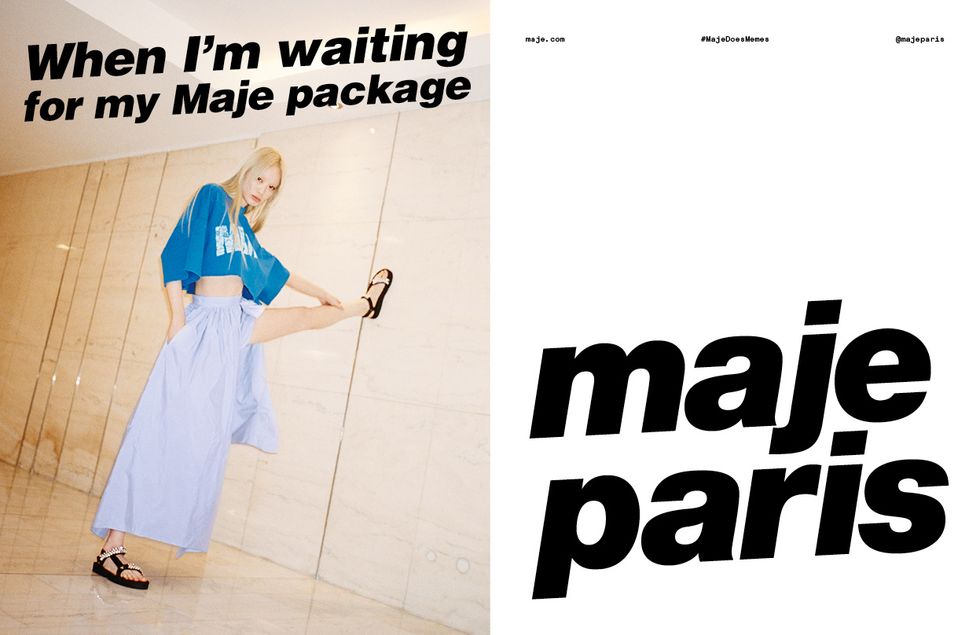 For spring, Maje released a series of meme images photographed by Tim Elkaim that stars Fernanda Ly, Faith Lynch and Mag Cysewska performing various witty poses alongside corresponding words like "When I Lied About Calling In Sick." The feminine French brand also created eco-friendly products this season with Absolution, Jump and 24 Bottles, which are featured throughout the campaign. 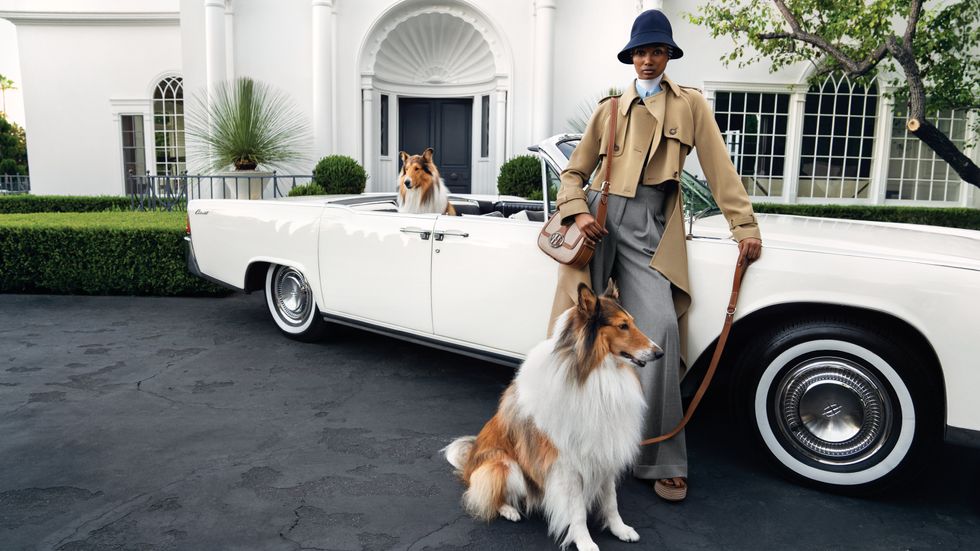 The campaign images for Michael Kors Collection ooze all things wealth and luxury, with models Ugbad Abdi and Rianne Van Rompaey lounging around a lavish Beverly Hills mansion complete with stylish Collies and poolside gear. "My spring collection is a celebration of the best of American style," said Kors in a statement."The Collection campaign focuses on a mix of ease and glamour that is inherently American, and the layers of sophistication, irreverence and romance found in the images complement that juxtaposition." 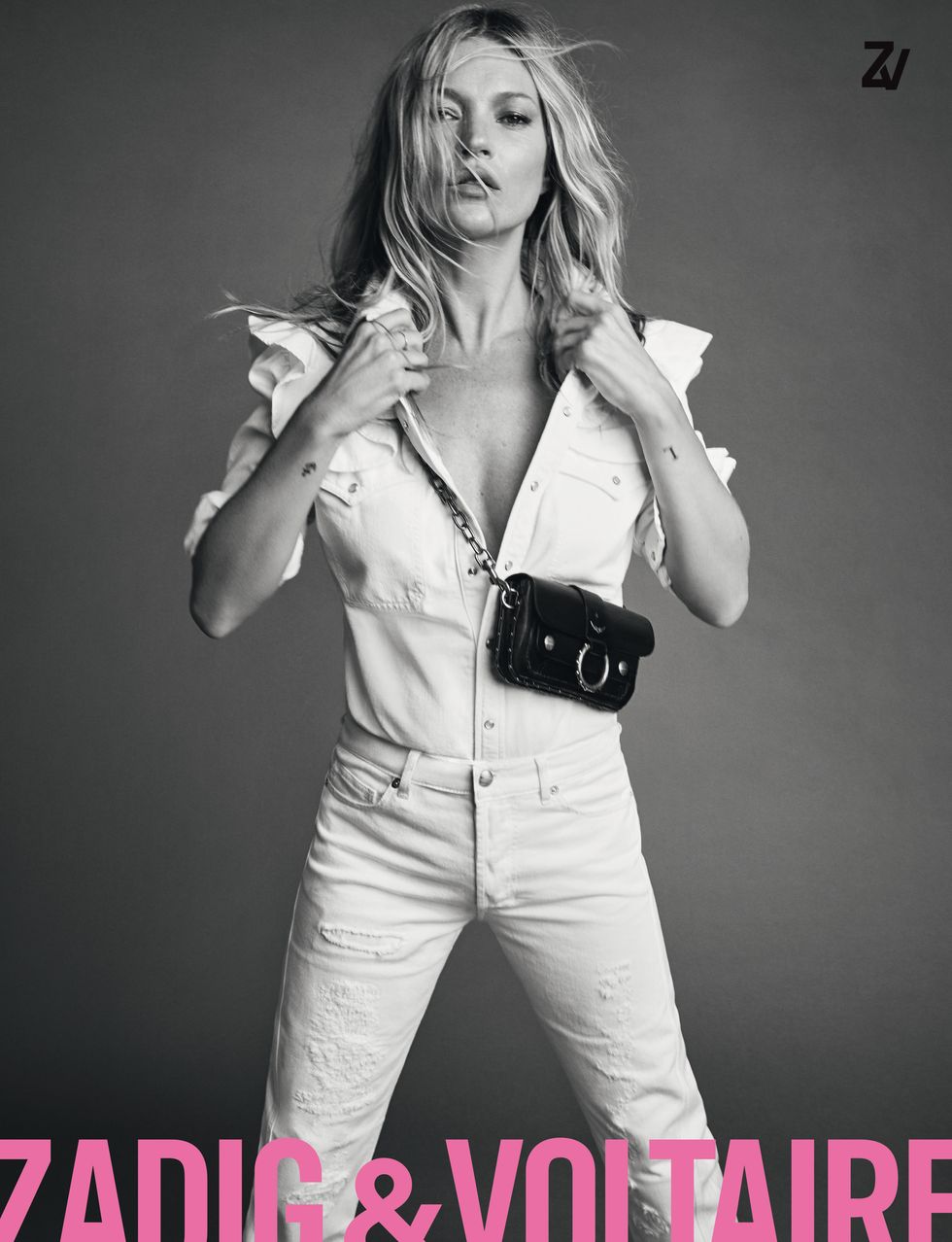 After starring in Zadig & Voltaire's fall campaign, Kate Moss is back for another round, front the brand's spring campaign once again shot by photographer Fred Meyland. The 'Kate' bag, a collaboration between her and creative director Cecilia Bönström, is also back for a second season, shown here. 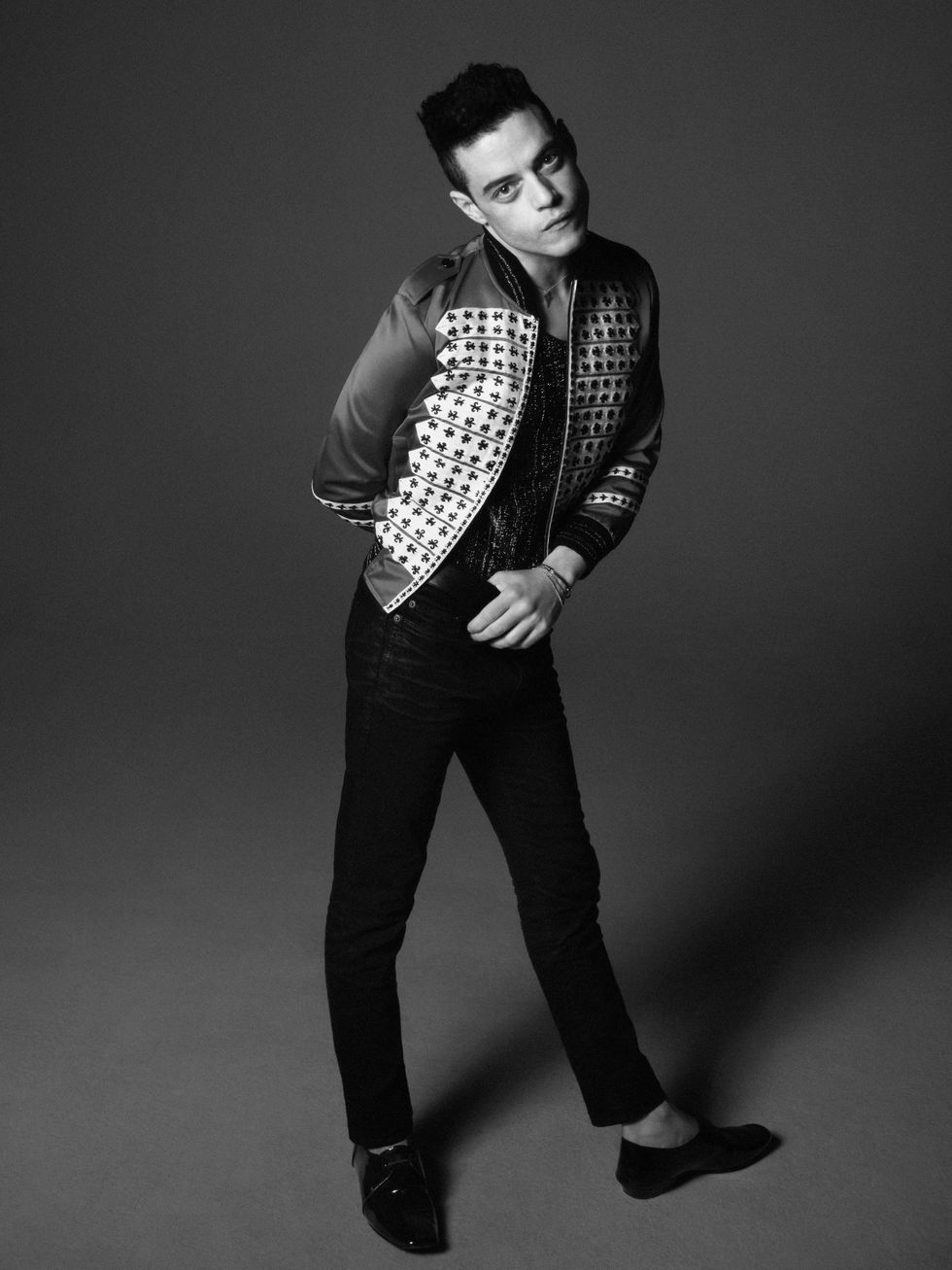 Rami Malek is the latest face to front a campaign for Saint Laurent's men's line, which famously featured Keanu Reeves last season. The actor poses in a series of mostly black and white images shot by David Sims, while wearing Spring 2020 looks by Anthony Vaccarello, the French house's creative director. 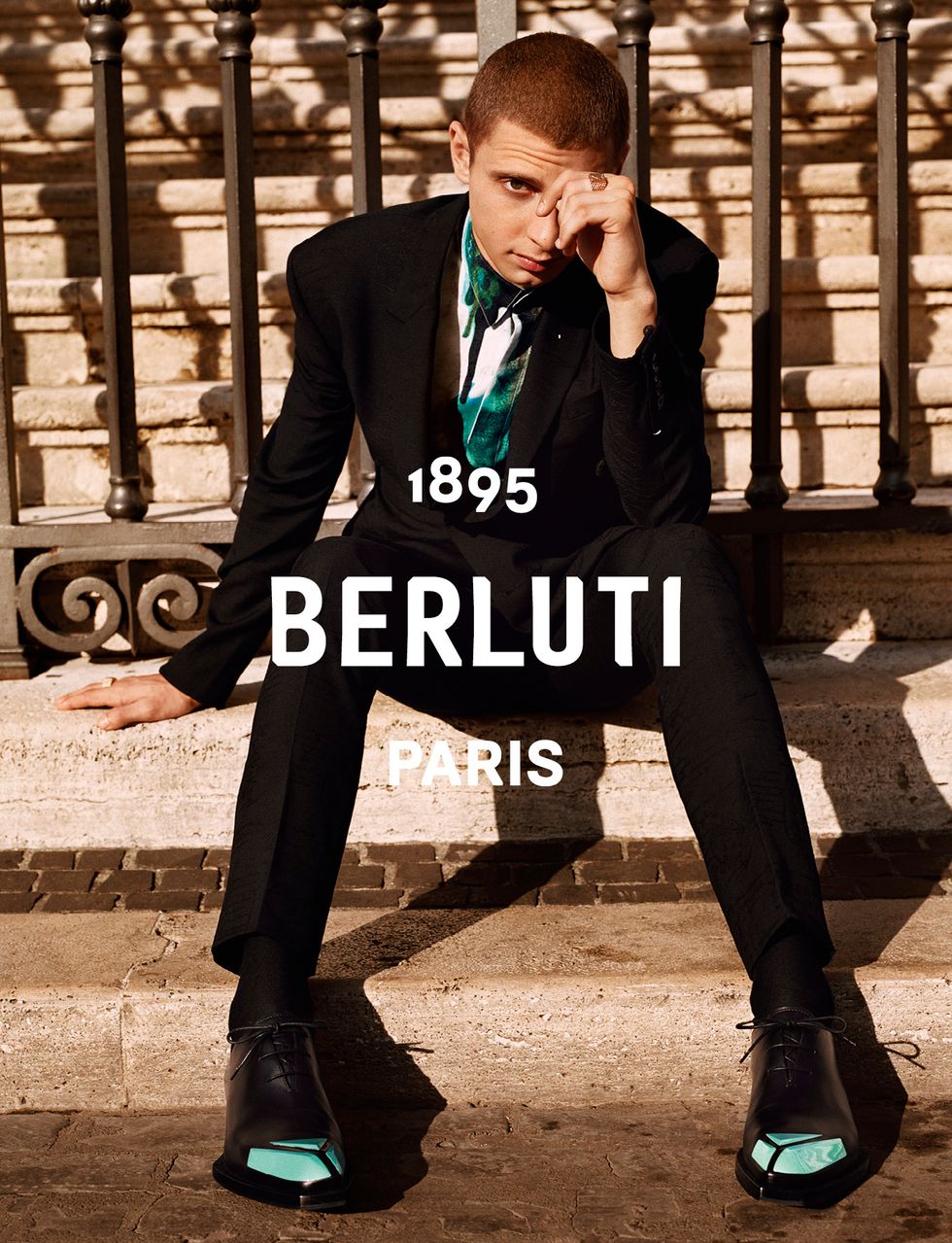 The 22-year-old British-Lebanese skateboarder and designer was shot by longtime collaborator Alasdair McLellan in Rome for Berluti. The brand's artistic director Kris Van Assche describes McCoy as "an old soul" and having a "refined rebellious attitude." 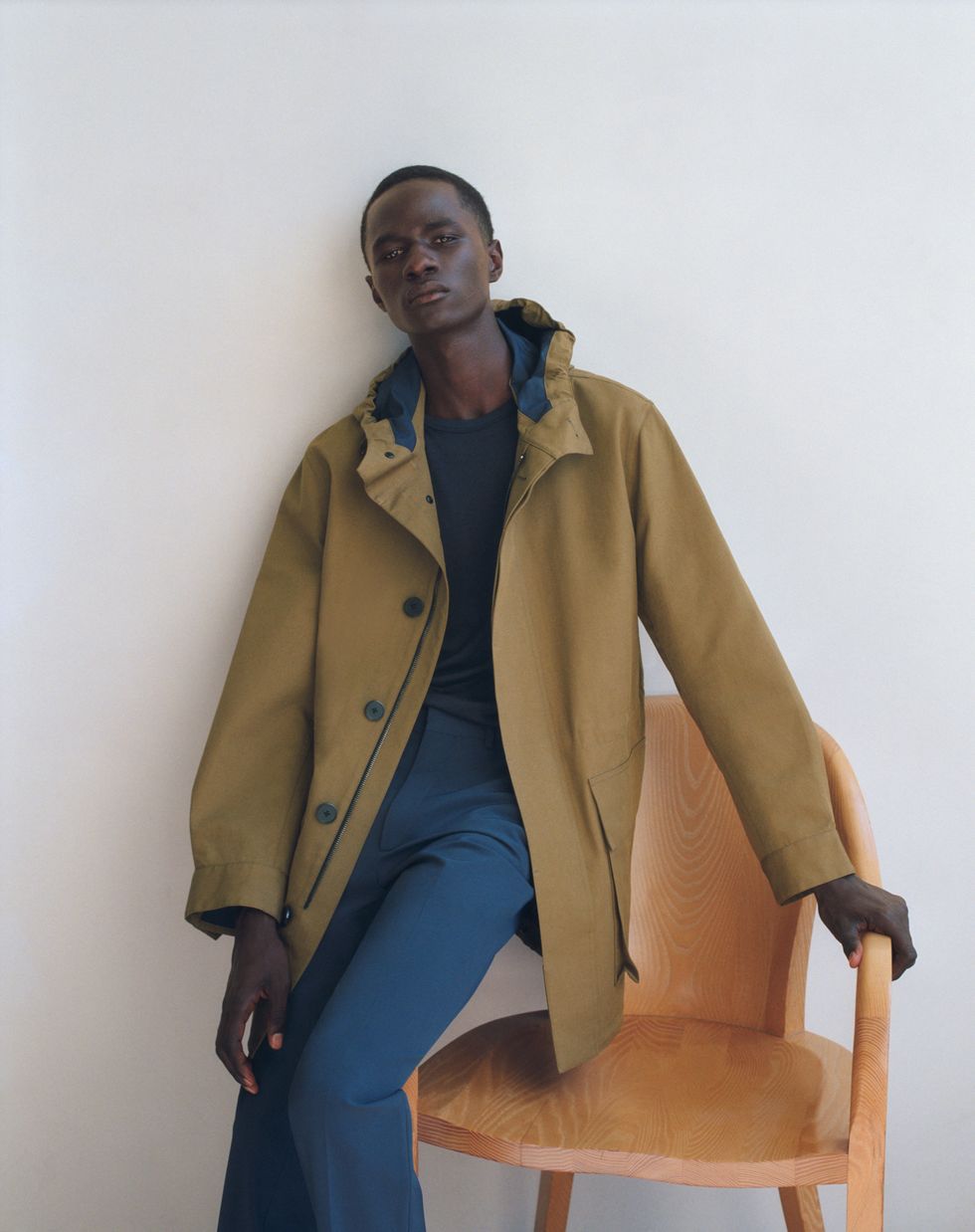 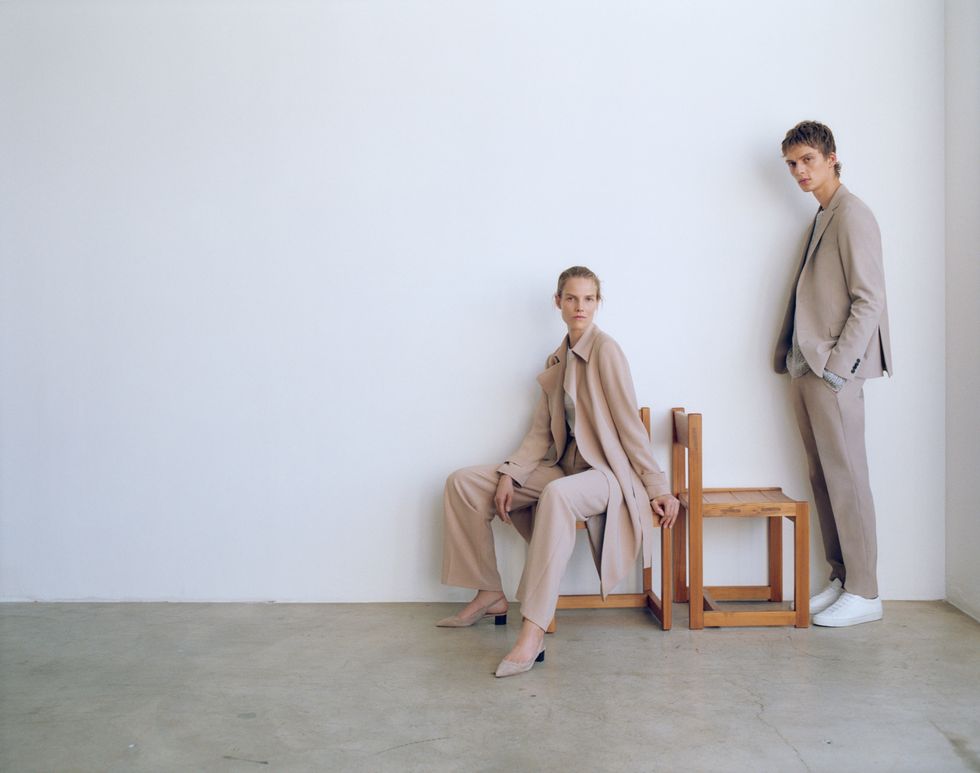 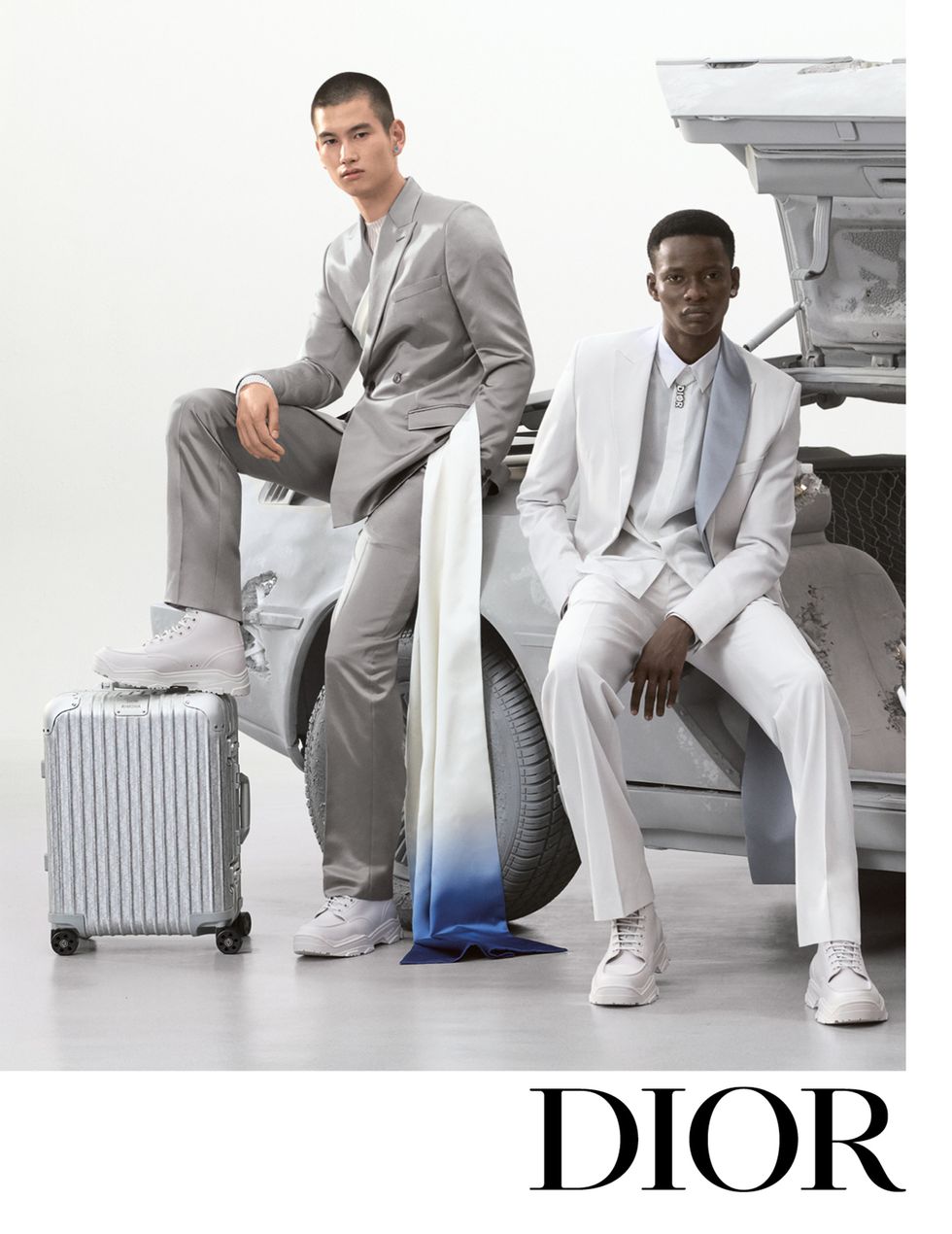 Artistic Director Kim Jones' modern and monochromatic designs for Dior Men's Spring 2020 collection come to life in this sleek campaign, shot by Steven Meisel and styled by Melanie Ward. Models pose against a gray car sculpture with luggage from its collab with Rimowa. 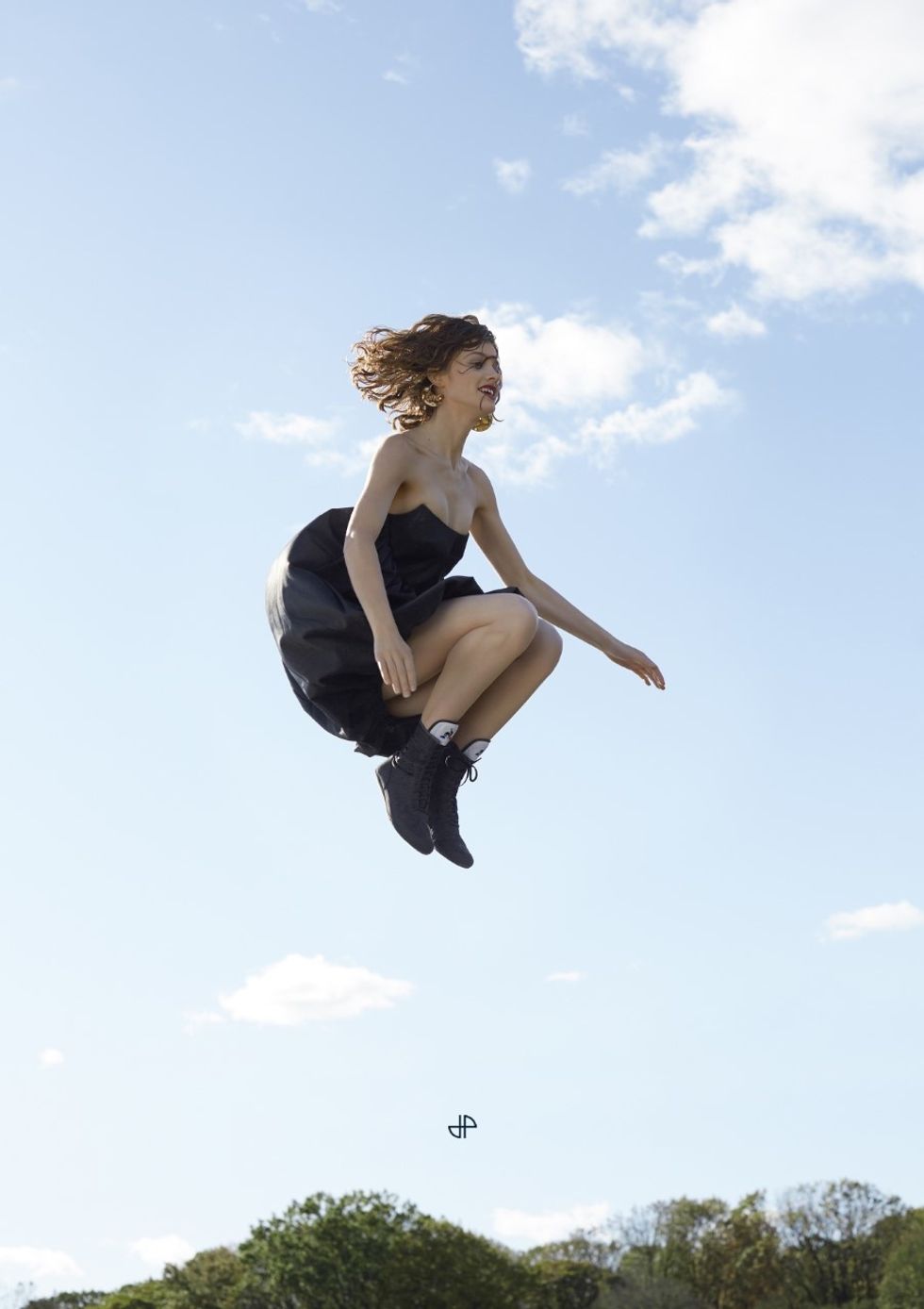 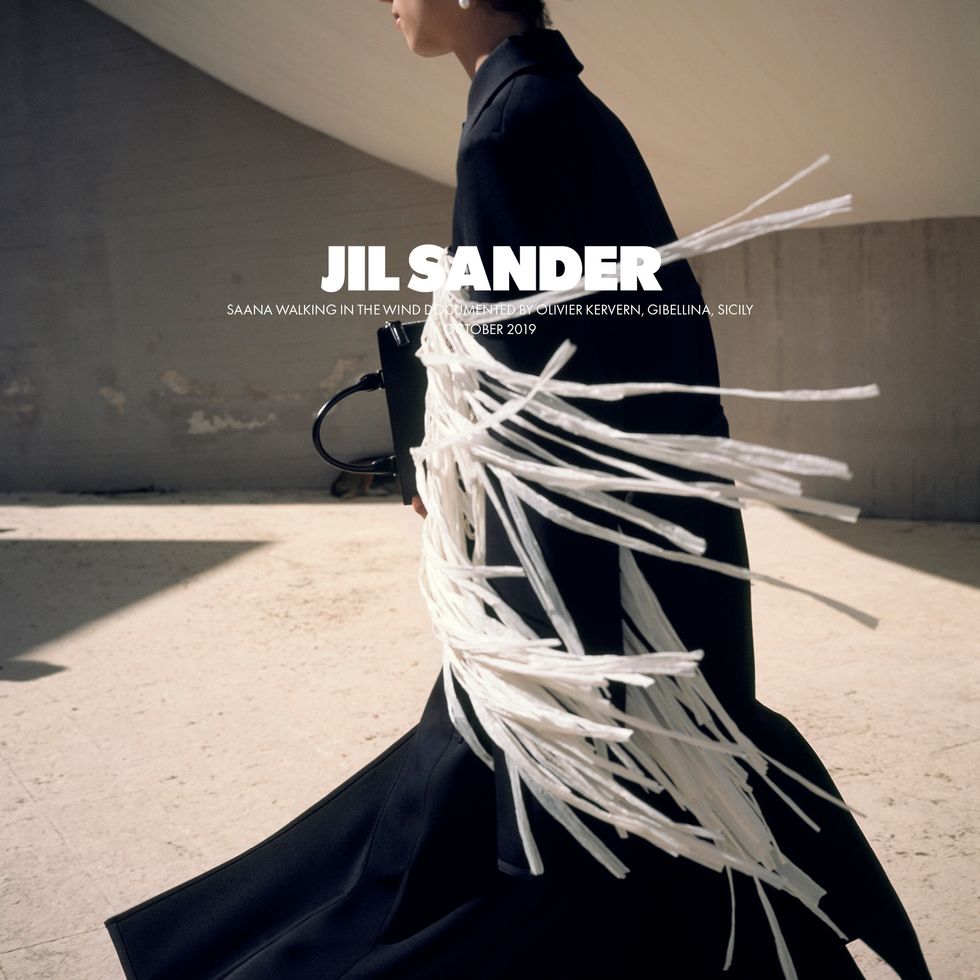 Jil Sander Creative Directors Luke and Lucie Meier commissioned Olivier Kervern to shoot their spring campaign, which captures the landscapes and textures of Sicily and Palermo. "These photographs are both abstract and sensitive; sharp, delicate, and extremely honest," they said in a statement. "In these environments and buildings, in these portraits, Olivier has captured the emotions we intended. It was a true pleasure working with him." 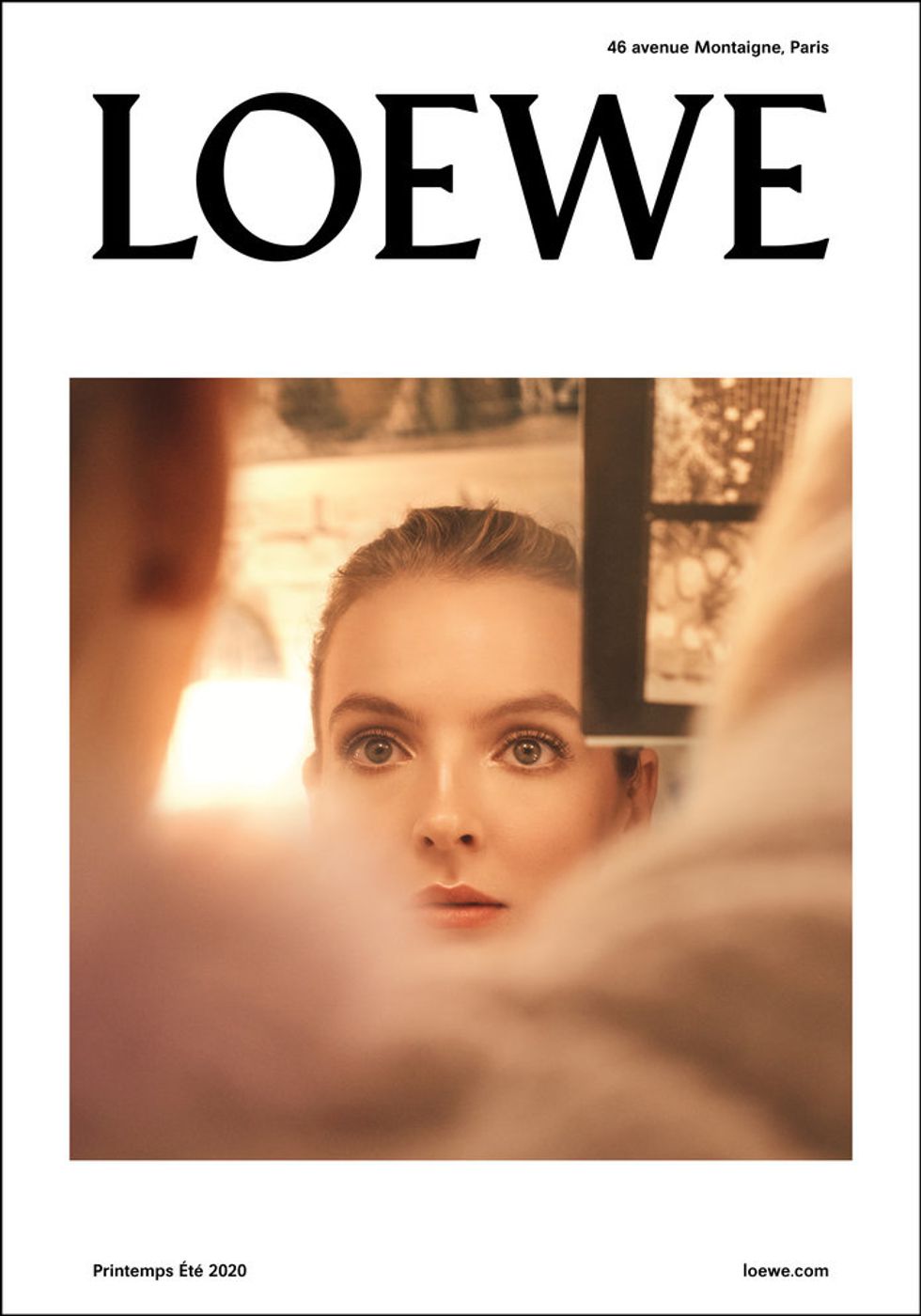