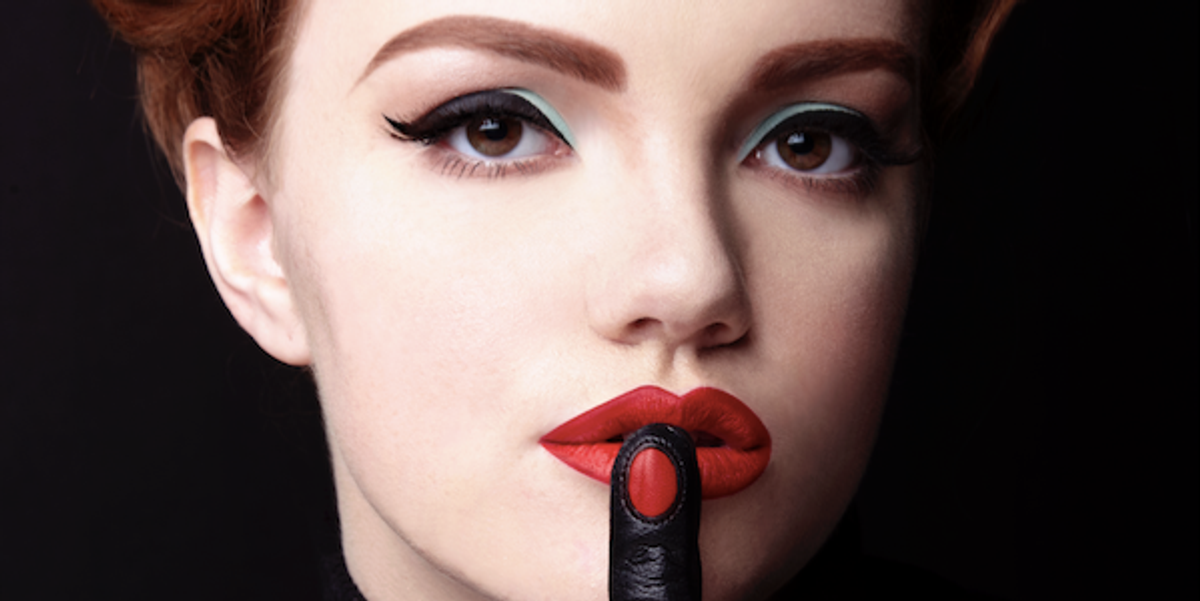 Beautiful People: Actress Shannon Purser Is on the "Rise"

When Netflix's '80s throwback horror series Stranger Things premiered last fall, it was met with instant acclaim and the culture at large fixated immediately on Barb, the heroine's proudly uncool best friend destined to become creature bait. The role brought her a fervent internet fan club and an Emmy nomination for Outstanding Guest Performer in a Drama Series (where she was up against heavyweights like Cicely Tyson, Laverne Cox, and Ann Dowd). She's since appeared in the CW's teen noir Riverdale and will be back on your screens this fall with NBC's Rise, about a working-class high school drama program with an inspirational teacher.


There's no one time or place that I feel I become especially creative. I do find that being around other creative people and bouncing ideas off them really helps. Most of the the time, I really like to get away from people and have some time to create alone. I'm a pretty introverted person and I spend a lot of time in my head.


I started acting when I was pretty young. I did school plays and community theater but even before that I was constantly making up stories and creating characters in my head. It wasn't until I was about 15 that I started trying to act professionally.

Right now I'm in New York working on my new NBC show "Rise"! It centers on the lives of high school students in a small town and they all come together through the musical they decide to put on at school. I'm so excited for everyone to see it!

Success to me is having the freedom to choose to work on projects that are meaningful to me.

I mean, as people they certainly matter and I'm interested to hear people's thoughts and feelings. It's great to have critics appreciate the work you do, but at the end of the day, if I'm happy with the work I did, their opinions won't shake me. It's so easy to get caught up in what other people think, but I'm learning to focus more on pleasing the people on my team and being proud of my performance.

I've definitely had some very painful auditions that I'm not particularly proud of. One time I tried to do a thick Southern accent and it did not go well for me (ironically, I'm from Georgia). What almost is worse is doing work you're very proud of and getting very close to a part, but not booking it. That has happened to me, too. It's hard, but you get used to it.


I think about legacy a lot, but not usually in terms of acting, which is interesting. Of course, I would love to be remembered for my work, but I don't think acting is the most important thing I have to offer the world. I want to make a real positive difference in people's lives. I don't want to spend my life only thinking about myself and not being a help to others.

Don't try to be someone you're not. I feel like there's this pressure in the industry to conform, whether that means changing the way you look out of pressure or trying to make the acting choices that other actors make. Every actor's journey is unique and casting directors don't want to see the same person over and over. Show them the things about you that only you can offer. Be genuine.

I certainly had some doubts. It's hard when you audition for years and nothing happens. And I know other actors who have waited much longer than me. It rarely has anything to do with talent. I've met so many talented actors who haven't gotten their break yet. But if acting is what you really love, you won't be able to stay away.

What trends in your field do you find most exciting or are you most optimistic about? What about your field is frustrating? What would you like to see change?

I'm so excited to see the acting industry become more accessible to women, people of color, LGBT folks, and other minorities. It's a slow journey and one with lots of ups and downs. It can be incredibly frustrating to see ethnic characters get white-washed or gay relationships treated stereotypically or women treated without respect. There's so much work left to do and I especially would love to see better opportunities for people of color and more body diversity as well.

It's basically impossible to plan anything in this business. Things happen in the blink of an eye and change constantly. My goal is to be as kind as possible and do the best work I can, at all times.

What was the first moment you knew you were going to be able to do this as a job – not necessarily your first big break or success, but the first time you thought, "This is my career"?

Booking my first job after Stranger Things was a huge deal for me. I was really worried that maybe that was my one shot and that I wouldn't ever get hired again. I still feel that way sometimes. Whenever I get another job, there's kind of a sigh of relief. I'm so incredibly thrilled to have the job that I do. I don't want it to stop.

I guess a big choice would be deciding to put college on hold. Before I got Stranger Things, I'd already started taking classes and had plans to pursue a degree in Psychology. I'll always love education, but I've become so busy that I had to decide what I would choose and acting won. It's been my dream job for so long.


My morning routine is pretty boring. If I get to sleep in, I usually wake up around 8 or 9. I try to avoid checking social media first thing, but I inevitably always do. I eat breakfast, get dressed, do my makeup and face the day.

I'm excited for a lot of things! The Emmys are coming up and I can't wait to see how Stranger Things does! The show I'm working on currently, Rise, is amazing and I'm so excited for the world to see it. And I'm also hoping that everyone will get to see this amazing movie I did early this year called "Sierra Burgess Is a Loser". It's this really charming, coming of age story about mistaken identity and I'm very proud of it.

I've been diagnosed with anxiety so I worry about a lot of things, like if lasting relationships are even possible in my career or whether or not our country is in danger (from both inside and outside forces). However, I'm trying to remain positive and focus on the things I can do now.

I like to think that I'm pretty good at giving advice. I'm a big advocate for learning to love yourself and taking care of your emotional and mental health before entering into a serious relationship. It's the right thing to do for you and your partner.

I certainly want to take advice from people I love and respect. An important piece of advice I got was to never compromise for anyone, but to be careful to decide for yourself what you want and what lines you want to draw. On the other hand, it really meant a lot to me to be reminded that change is normal and not an inherently bad thing. Change can be scary but the world won't end just because you're not the same person you were yesterday.

In my opinion, empathy is the most beautiful gift human beings have been given. I think people who look beyond themselves and sacrifice for others are incredibly beautiful. Kindness is so underrated. I like to think that I have a lot of compassion for people and I make it a priority to understand and love people as they are. It's tricky and sometimes I get hurt. Sometimes there are people I have to cut out of my life for my own health. But I think my determination to really see and love people is what makes me beautiful.

I'm most proud of the progress I've made in these past few years. I had a really horrible mental breakdown several years ago and my depression and anxiety skyrocketed. I hated myself so deeply and didn't particularly want to be alive. My mental illness hasn't gone away. It's something I will deal with for the rest of my life. But I've grown so much in confidence and I'm learning to love and forgive myself. The hopelessness I used to feel has mostly gone away, and when it comes back to haunt me today, I feel so much stronger and better equipped to handle it.