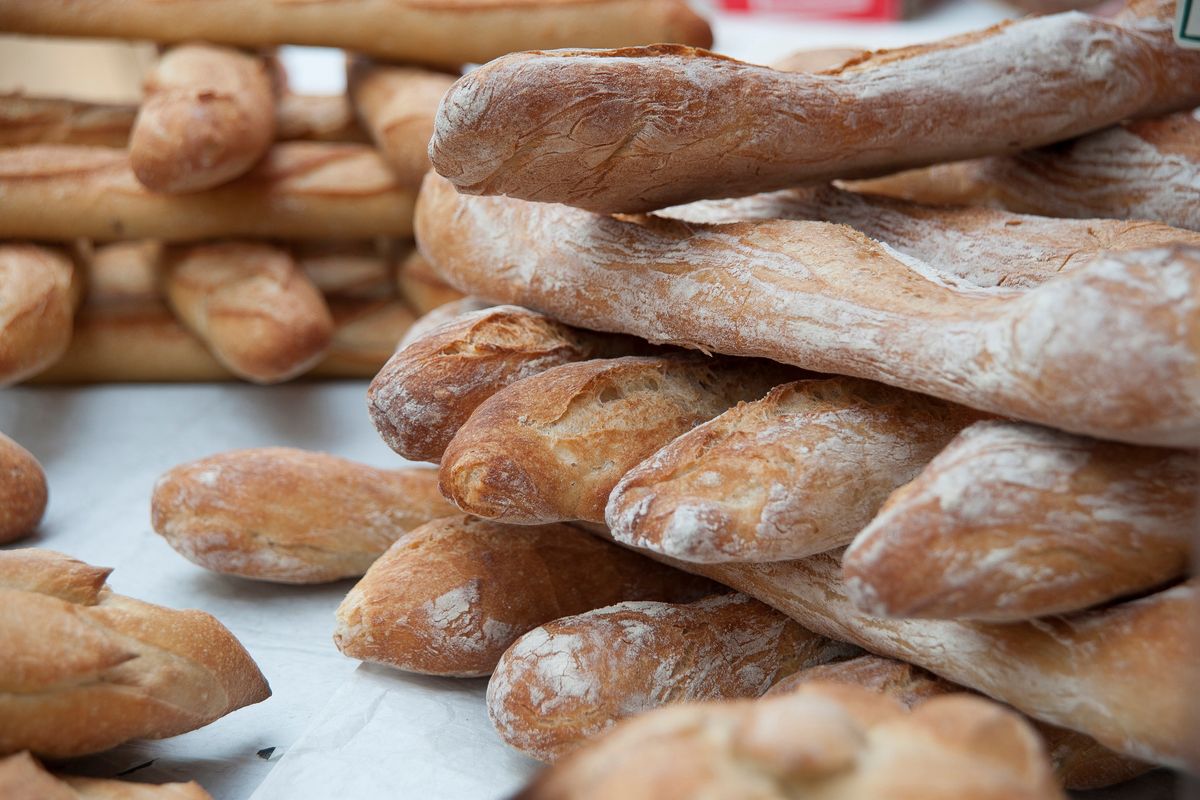 'If Baguettes Could Move:' An Investigation

Quantum physics postulates that our universe is only one in a series of potentially infinite universes overlapping and intersecting with one another. This theory posits that there may, in fact, be an endless supply of realities branching off of each other, making a reality where JFK was never shot or the dinosaurs never went extinct or even where you actually worked up the courage to ask out your crush all theoretically possible. And while it may be virtually impossible to prove, this theory has opened the door to endless thought experiments including what has clearly become one of the most pressing questions of today: "If baguettes could move, how would they move?"

The question wa first posed by Twitter user Dave when he shared some animation tests for what he imagined a universe where baguettes could move might look like, and debate over which was correct raged across the platform. The question of 'how would a baguette move?' quickly became the latest Yanny or Laurel-style litmus test to polarize friend groups and dominate water-cooler chat around the office.

The ramifications of a world where baguettes could move are seemingly limitless and raise some important questions about how baguettes are made, how they would behave, and how elastic they actually are. So, if you haven't made up your mind just yet, we've taken the time to consider all for options using a very thorough, scientifically-sound method of conjecture to present a balanced case for each way a baguette could possibly move:

Related | The Best Internet Memes of 2018

The 'stretch-and-shrink' first option really challenges us to set aside our preconceived notions of what a baguette even is in favor of a more elastic entity that can expand and contract its body at will to propel itself forward. The baguette's wave-like locomotion best resembles that of an amoeba floating through a primordial soup, leading us to wonder if the baguette pictured is actually in its larval stage right before it fully matures.

By far the most unsettling of the four options, number two sees the baguette bent in a half-moon shape galloping along at an alarming pace. Besides being the only movement theory that provides clear evidence that this baguette is on its way to terrorize children and probably commit a murder, number two implies a desire for the baguette to be bipedal. In this case, the ends of the baguette are clearly the feet, side-stepping one end at a time, making this the creature's first attempt at aping the way humans walk. Certainly a terrifying concept to consider. In a twisted way, number two may make a lot of sense if you were to pick it, but take a moment to consider the consequences such a choice would bring upon the world.

The most straight-forward theory of the four, three has clearly become the most popular option due in part to the fact that it is the easiest to conceptualize. The conventionally rigid baguette would most likely move in a way that preserves its oblong shape, minimizing potentially fatal cracks that would threaten to break the loaf into multiple segments. As noted baguette scholar Chrissy Teigen points out, this option also remains truest to the characteristics of what we know how an ideally baked baguette would behave in real life.

@sheepfilms 3 - it’s the only form of locomotion that leaves the crust reasonably intact. The others are all possib… https://t.co/UKD8IVo6Fj
— AJ Jefferies (@AJ Jefferies)1549542823.0

3 is the most delicious baguette. Or it is months old. Or if we are giving this bread moving capabilities at all, w… https://t.co/CB3OIJN80H
— christine teigen (@christine teigen)1549563072.0

By far the least popular choice, number four is strangely enough the best possible conceptualization of how an animated baguette would act. Perhaps it is just the shape of the movement, but if a baguette were to suddenly become sentient it seems reasonable that it would resemble an inchworm, clawing its way forward bit by bit. The articulated movement is the only option out of the four that implies a complex bone structure, hinging and unhinging in a coordinated pattern, but that opens up a whole other can of worms.

@sheepfilms @Nicolerrrs 4 for sure. Most efficient distance-energy ratio, and clearly if a baguette possessed the c… https://t.co/ypYDuaEeI9
— Trace Johnson (@Trace Johnson)1549581817.0

Of course there are outlier theories like that the baguette would roll sideways or form up with four other loaves in a sort of baguette Voltron amalgamation, but since that wasn't part of the information given to us by the original poster we can ignore them as conspiracies not worthy of consideration. What it comes down to is that now that you have been presented with all the evidence you must ultimately decide what you know in your heart to be the way baguettes move. Choose wisely.