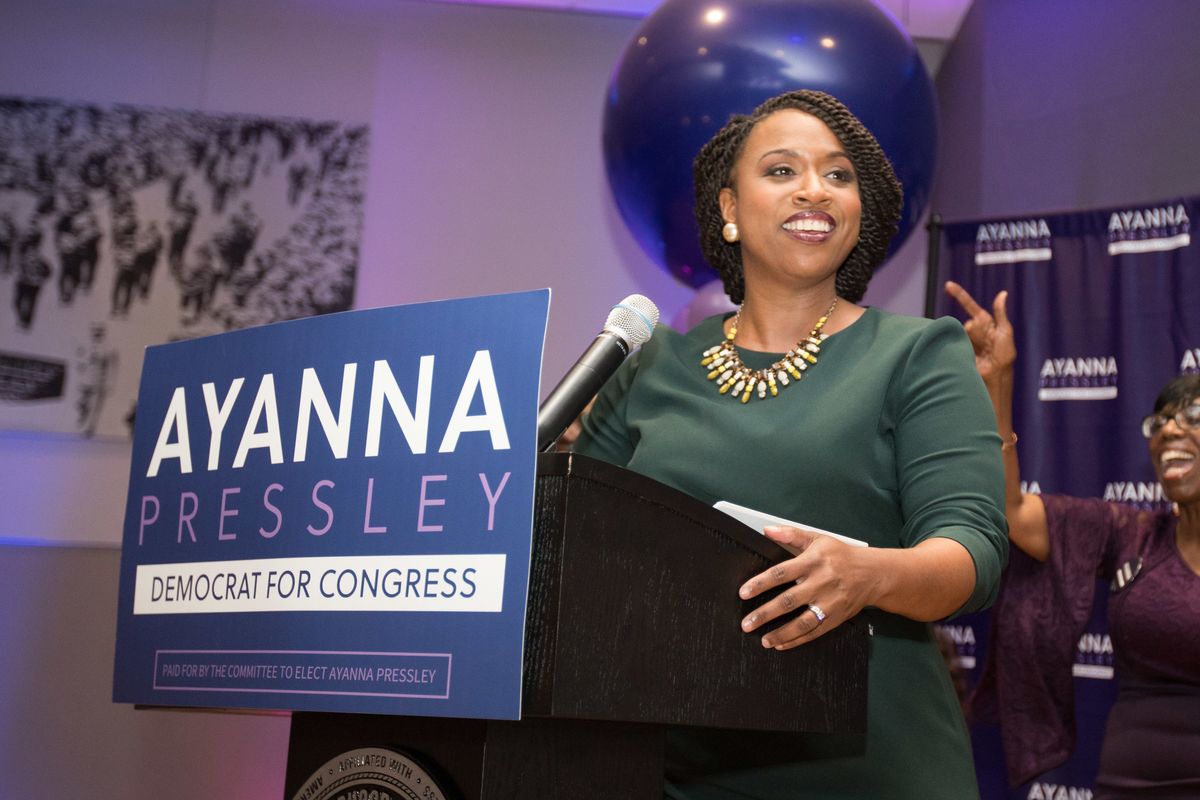 Ayanna Pressley is likely to become the first black woman to represent Massachusetts in Congress after beating her 10-term opponent, Representative Michael Capuano, in a stunning upset for the Democratic nomination. The election represents not only a shift in the political order of the state, but is also indicative of the current political climate and the desire among Democratic voters to move away from the old guard and embrace something new.

When Pressley heard the Capuano had conceded and that she'd won the primary, she and her team wept tears of joy:

Pressley has worked in politics for decades as a congressional aide and city councilor, and ran on a platform of Medicare for all, abolishing ICE and eliminating cash bail, among other points. Notably, she accepted no PAC money for her campaign, instead relying "on the doors, phones, and via social and earned media," per a campaign official.

Pressley's victory echoes the surprise win of 28-year-old Alexandria Ocasio-Cortez in June, who took the New York seat of longtime House incumbent Joseph Crawley. These wins show not only a pushback against the Trump administration's divisive, masked identity politics but also send a message to the Democratic establishment that newcomers on the left are fully prepared to step into true leadership roles. Pressley herself argued that in the age of Trump, "change can't wait."

Pressley is also among several black progressives who trounced expectations and polling projections, including Stacey Abrams of Georgia, Andrew Gillum of Florida and Ben Jealous of Maryland, who are each the Democratic Party's nominees for governor in their respective states.

Addressing supporters in Boston Tuesday night, Pressley said, "It seems like change is on the way," adding, "People who feel seen and heard for the first time in their lives, a stakehold in democracy and a promise for our future. That is the real victory, that is bigger than any electoral victory. And I want to thank you all for being foot soldiers in this movement and for ushering in this change."