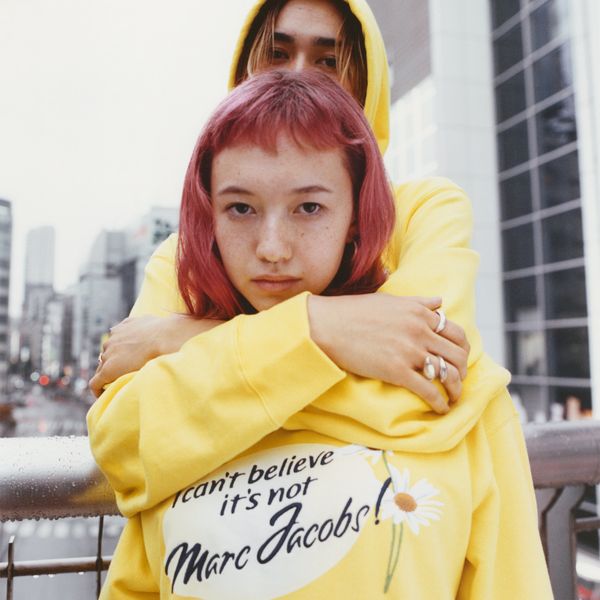 Would You Believe This Hoodie Is Marc Jacobs?

After her first collaboration with Marc Jacobs (a cheeky take on bootleg merchandise) sold out, New York-based photographer and writer Ava Nirui has teamed up with the label for a second partnership. This time Nirui is riffing on one of America's favorite spreads "I Can't Believe It's Not Butter!" in a yellow hoodie emblazoned with daisies and a dialogue bubble that reads, "I can't believe it's not Marc Jacobs!"

Accompanying her design are styles by friends including a scratch-off themed hoodie by Idea Books, a bagel and lox-inspired one by Better founder Avi Gold, and Stray Rats designer Julian Consugra's iteration with cartoon characters.

The range of pieces is an extension of Nirui's commentary on branding and counterfeiting, that's more playful than self-serious. The phrase "unreal taste" in bright red letters on the back of her margarine-themed sweatshirt capture the wackiness at the heart of the project.