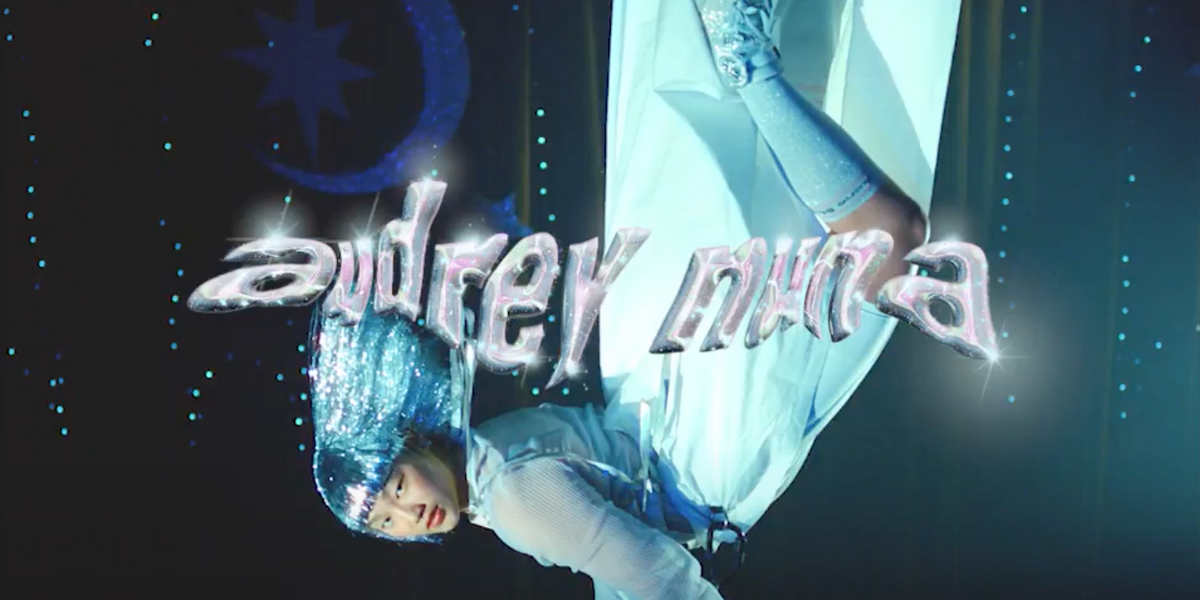 Ever since being discovered at 16, Audrey Nuna has been heavily involved in the visuals of her music videos, from her high-energy bop "damn Right" to the dreamy and soulful "Space."

But now, the Korean-American singer, whose music can best be described as a crazy mix of pop and trap sounds, is marking her directorial debut with the release of a new short film with Acne Studios, the cult-favorite Swedish fashion label.

The brand gave Nuna free creative reign to create a visual narrative around their latest release — the 08STHLM sneaker, a style that first appeared in Acne's Fall 2021 "Face" collection, which has been rendered in a limited-edition silver glitter version and makes several cameos in the singer's new music video. (The sneaker plays a big role throughout, as does the silver glitter socks with pink stripes and the holographic wrapping paper it comes with.)

"The whole thing was really inspired by just the shoe itself," she tells PAPER. "As soon as I saw it, I felt like it was such a bold and fun shoe in a time and a year where we had so many dark times, it felt like everything was super mundane, everything was really boring. I wanted to kind of make a film that illustrated that, at least in the colors."

​She took inspiration from the Safdie brothers, the indie filmmaker duo known for their dark movies that are interspersed with bright, neon moments, which allowed her to play with things like contrast and tension throughout. The music video, which is divided up into three acts — The Fall, The Downpour and The Last Supper — show Nuna in various settings while touching on themes of embarrassment, aftermath and awkwardness.

"I just wanted to tell a story that was relatable through the lens of the shoe though, keeping in mind the aesthetic of the shoe," she says. "I feel like embarrassment and childhood awkwardness is something that we've all been through. It's something that I really dealt with as a kid, feeling awkward all the time, feeling out of place. But also, there's something so bold and fun about the shoe that kind of keeps you grounded in not caring what other people think at the same time."

See the full video, below.