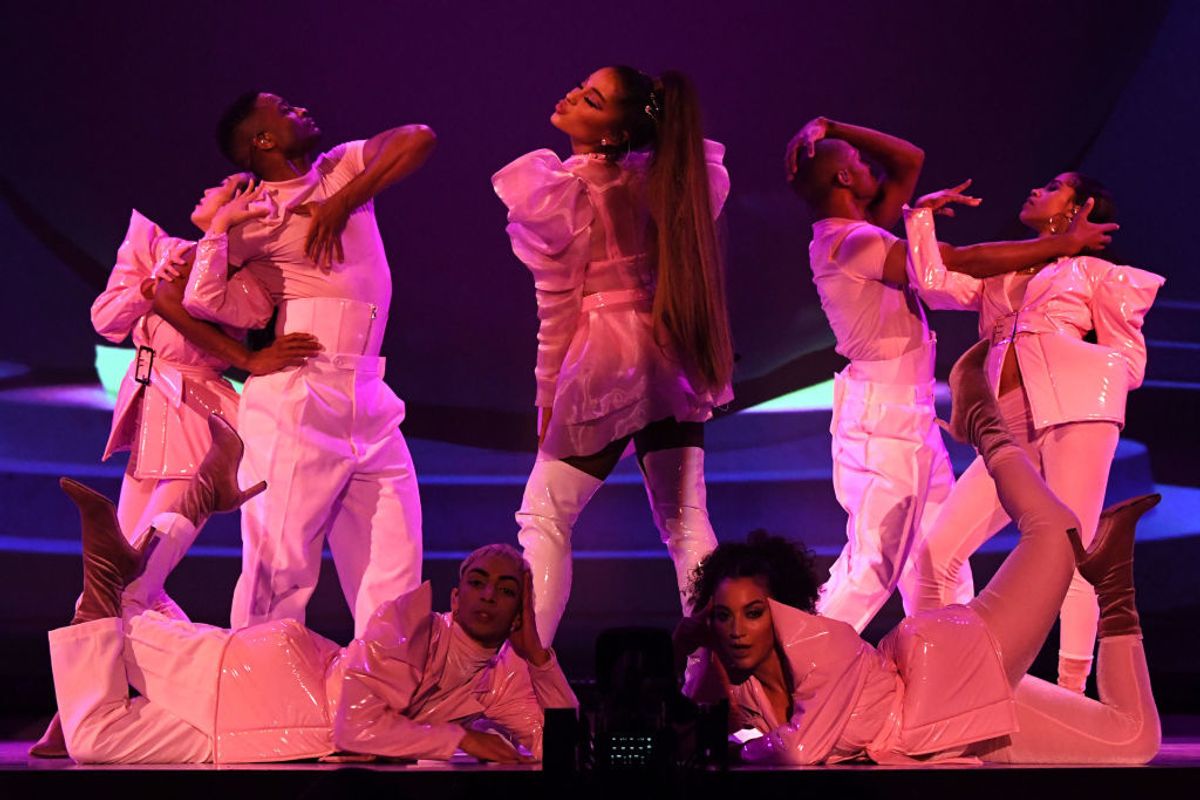 What, if anything, will be Coachella 2019's big iconic moment? Beyoncé is definitely a hard act to follow, but our money's on Ariana Grande's Sunday night performance blowing collective minds. Especially as she might be bringing some special guests out on stage, if internet rumors are to be believed.

After sampling their 2000s deep cut "It Makes Me Ill" on Thank U, Next track "Break Up With Your Girlfriend," fans are speculating Ariana is going to collaborate with the nostalgic boy band IRL. Evidence is compelling: Grande posted two *NSYNC-themed videos on social media this week. First, incredible vintage footage of her attending one of their concerts as a child. Then one of her trademark filtered videos, where she's dancing to "Tearin' Up My Heart" in a dressing room.

But that's not all. Grande's manager Scooter Braun — the man who gave the world Justin Bieber — retweeted that first video, and then tweeted again hyping up her upcoming Coachella set. He hinted there were surprises in store, saying that audiences had "no idea what's coming."

If *NSYNC do reunite on the Coachella stage, that's a huge deal for their stans. While their rivals the Backstreet Boys are still touring, the group hasn't performed together since the 2013 MTV Video Music Awards, as part of a Justin Timberlake medley. The members were most recently photographed together when receiving a star on the Hollywood Walk of Fame in April of last year.