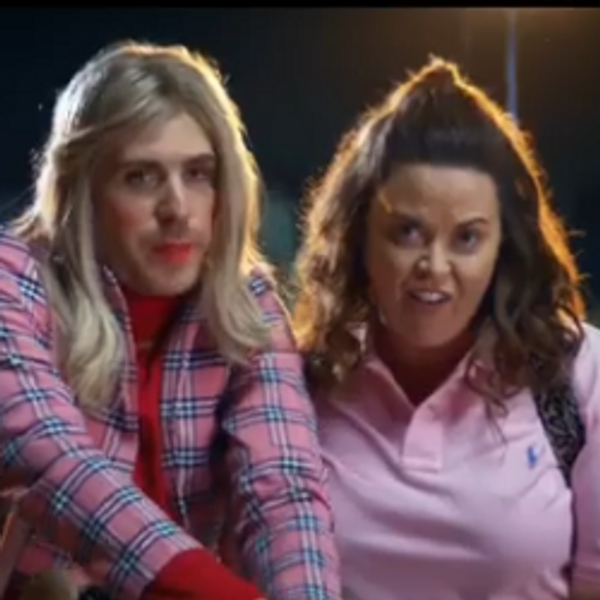 Ariana Shared a Trailer For Her 'Thank U, Next' Video

Ariana Grande's music video for her post-Pete break up anthem "Thank U, Next" hasn't dropped yet, but it's already a classic. Four classics, actually: Mean Girls, 13 Going On 30, Legally Blonde, and Bring It On. While there's no word on a release date, Grande has been posting a series of photos and teasers on social media. And the latest is a cameo-packed trailer that will definitely tide you over while the rest of the footage is stuck in an editing suite.

The "Thank U, Next" video will somehow pay homage to all four movies, but this new clip sticks to Mean Girls — specifically the film's extremely quotable "How do I even begin to explain Regina George?" scene. Replacing George with Grande, obviously.

Appearing as Ariana-obsessed high school students are original Mean Girls stars Jonathan Bennett (AKA Aaron Samuels) and Stephanie Drummond (who delivered the classic "One time she punched me in the face" line). Plus Grande's longtime BFFs Troye Sivan and Colleen Ballinger.