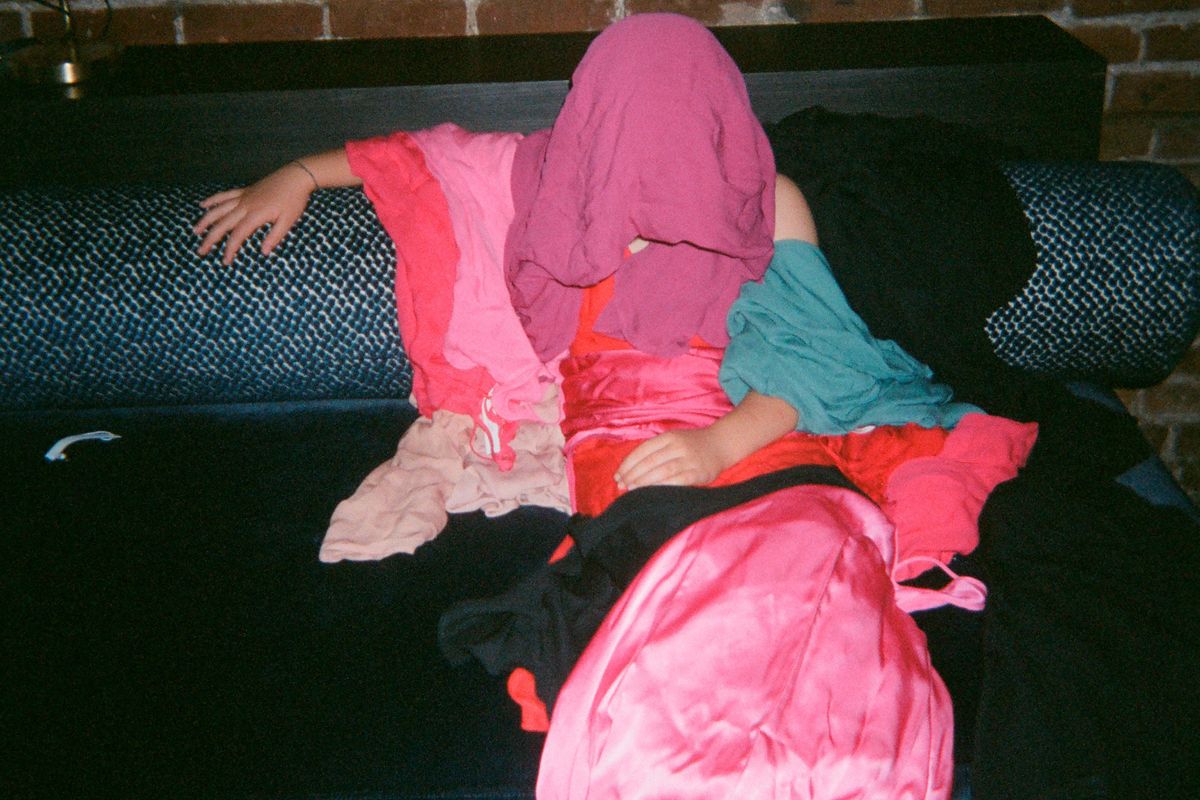 Have you ever felt the pure bliss of rolling around and laying under a giant pile of clean laundry? We all know that folding and storing your clothes is the worst part, so when we came across this relatable photo of a woman chillin under swaths of lingerie, the mood was honestly too real.

Turns out the image was taken by none other than Maggie Gyllenhaal, who submitted this photo as part of lingerie and swim brand ARAKS' annual photo book series Lingerie on Film. The brand tapped Gyllenhaal and a cohort of other leading ladies from the fashion, art, and film worlds to take photos of themselves in its lingerie and swim sets using a disposable camera. Rather than a glossy overdone shoot, the results feel more like a photo diary.

The 2019 issue, which was released this week and is the eighth installment in the series, features contributions from Gyllenhaal as well as Miranda July, Suki Waterhouse, Batsheva, Sabrina de Sousa, Jenny Welbourn, April Hughes, Susan Cianciolo, Rachel Fleit, Jo Rosenthal, and Jasmin Shokrian. On Tuesday, prints from the project were available for sale at a party co-hosted by Gyllenhall at the home Araks Yeramyan, with all proceeds going to Planned Parenthood. Peter Sarsgaard and Shailene Woodley also stopped by to show their support.

Check out the slideshow below for more images of this year's Lingerie on Film, including photos taken by Suki Waterhouse and fashion designer Batsheva.