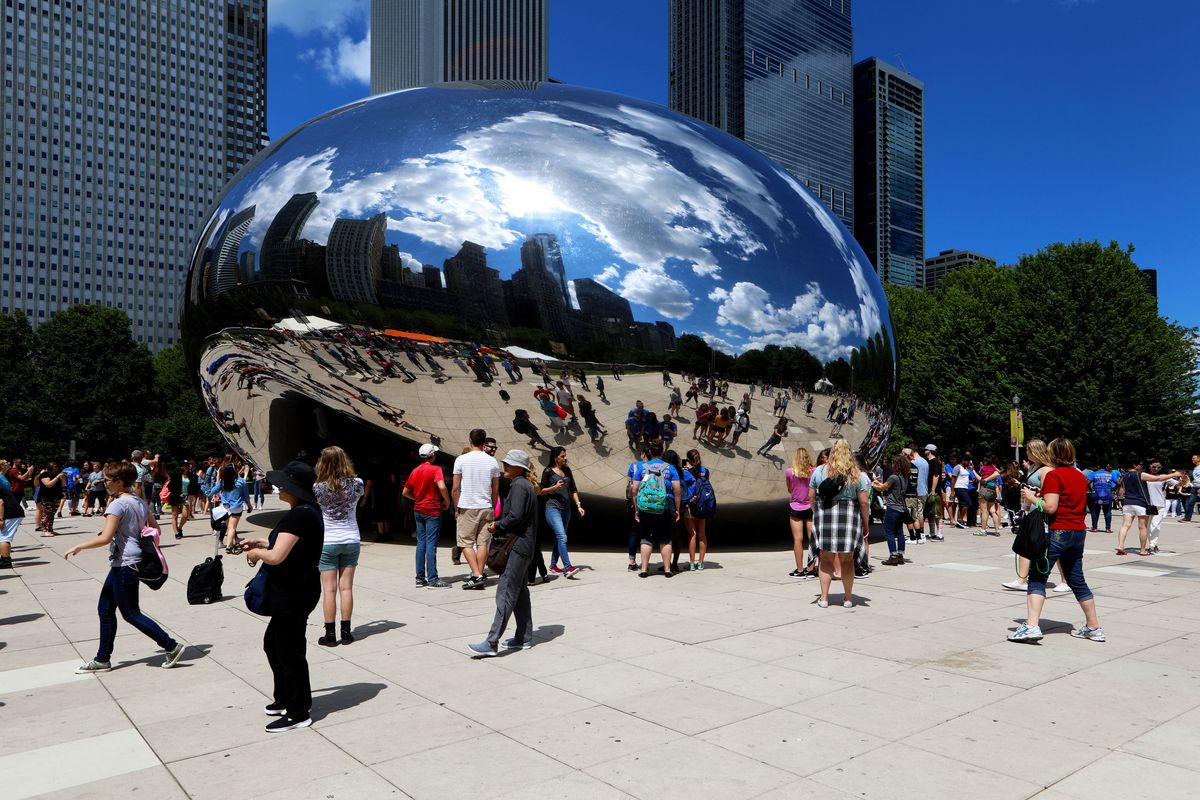 Anish Kapoor Slams NRA For Using The Bean In Their Propaganda

British artist Anish Kapoor is famous for his glossy, high concept sculpture. His work, "Cloud Gate," which is colloquially known as "The Bean," has been a landmark of Chicago's Millennium Park since it was installed there in 2004. Last year, the National Rifle Association featured a stop motion clip of people walking past the sculpture in their vitriolic, conspiracy-filled video "The Clenched Fist of Truth," and Kapoor is not happy about it.

Pairing up with the gun control group Everytown for Gun Safety, Kapoor just released an open letter criticizing the use of his work in the video, which depicts an unspecified liberal "them" as violent bullies and comparatively describes the NRA as "freedom's safest place." In his letter, Kapoor describes the video as "play[ing] to the basest and most primal impulses of paranoia, conflict and violence... in an effort to create a schism to justify its most regressive attitude."

The misuse of Kapoor's work comes at an especially sensitive time, as recent shootings in Florida, Las Vegas, and Texas have left the nation traumatized and deeply suspicious of gun culture in the United States. Activists like high school students Emma Gonzalez and David Hogg have made headlines advocating for policy changes to prevent more shootings like the one they experienced at Marjory Stoneman Douglas High School from happening again. Kapoor writes that it is "more urgent than ever that [the NRA] is held to account for its ongoing campaign of fear and hate in American society."

He concludes by saying that the NRA's "vile and dishonest video" counters the sense of community, intimacy, and joy that The Bean stands for by giving "voice to xenophobic anxiety, and a further call to 'arm' the population against a fictional enemy."