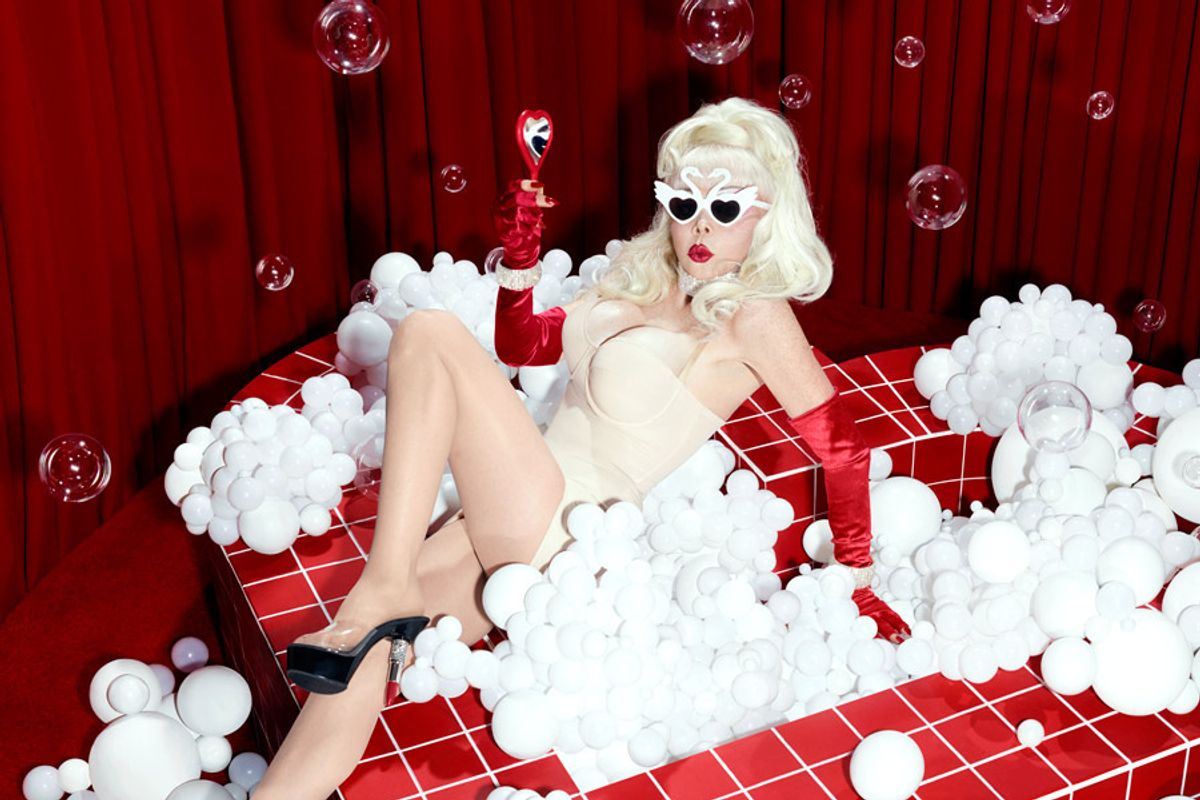 L.A. Landmark Angelyne is Famous For Being Famous

When you think of L.A. landmarks, of course there's the Hollywood sign, the Chinese Theatre, the Walk of Fame — and Angelyne.

With her trademark bleached blonde hair, va-va-va-voom physique, eye-catching billboards and hot pink Corvette, Angelyne has been an iconic — and mythical — part of the L.A. scene since the 1980s. Long before reality television or social media was challenging the entertainment industry's monopoly on minting stars, Angelyne was creating her own legend, one sign above the freeway at a time.

Along with these new creative projects — which also include appearing in James Franco's upcoming The Disaster Artist — the blonde bombshell has found time to become an ordained minister at "the same place where Lady Gaga got her ordination." She's dearly beloved, indeed.

Special Thanks to Impressions Vanity