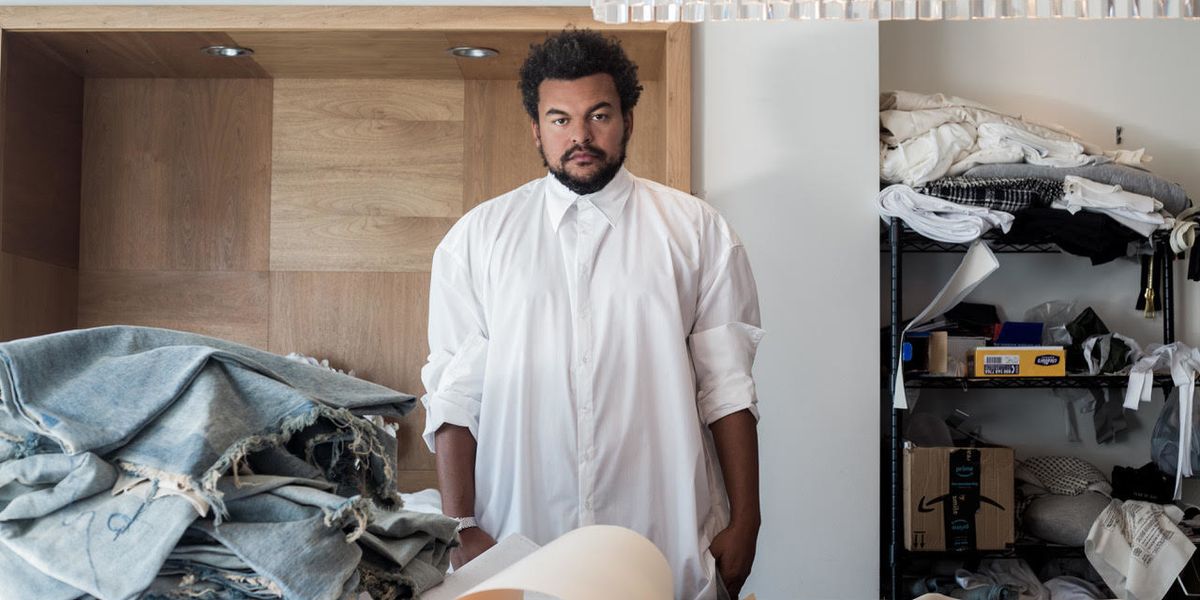 Alexander Grant, aka Alex da Kid, is the man behind some of the past decade's biggest hits —"Radioactive," "Love the Way You Lie" and "Airplanes," to name a few. Now, after making a name for himself in the music space, the Brtish-born, LA-based producer has his sights set on fashion for his latest venture.

"I think I have a very unique perspective of luxury, and I think my thing is just the clothes," he tells PAPER. "They're kind of sleek and elegant, but also comfortable. A lot of the women's is tomboyish. It's just me going with the inspiration and just following my politically uneducated point of view on fashion. That's kind of my thing, just mixing that ignorance with curiosity and this passion and inspiration."

While fashion plays a pivotal role in Alex's new chapter, it's also part of an overall multidisciplinary creative practice in which involves young talents across a variety of fields including music, film, photo, recording and DJ'ing. He describes his goals for his brand as being different from most clothing label startups.

"My goal is not selling the most, my goal is in trying to create art and trying to make things unique and different," he says. I'm doing things where the price is pretty highly, but if you're a young creative you can donate your creative time and I'll pay you with clothes and things like that. Just making it — for me, again, it's not about selling the most, it's about creating the best experience and me being inspired and just trying to do things that really just create an impact, culturally. That, to me, is way more important than selling."

In addition to the tomboy and utilitarian references, the lineup also features nods to feminine, couture-like details in neutral earth tones and oversized silhouettes. For the launch, Alex had Irina Shayk star in the brand's debut campaign (styled by Mel Ottenberg), while actor Gary Busey wears some of the collection's oversized gear and outerwear. And since he's not tied to a traditional fashion schedule, Alex is free to drop new collections as his own pace.

"I really respect a lot of these newer streetwear brands or some of these beauty drops, I think that's an interesting thing, to build hardcore fans," he says. "But I'm also really interested by the couture business model. I love the quality of the older way of doing things, but then I also love some of the newer ways of delivering that to the audience, what the streetwear brands and new kids do. So I want to sit in the middle of all of that, and just talk to the audience."

Head over to byalexander.com to see more and check out Irina Shayk's interview with Alex, below.